Home » Dog Training: Should corrections be used as a last resort?

I’d like to start a discussion on whether corrections should be used as a last resort in dog training.

Let’s forget about labels such as “all positive trainers” because those labels are very limiting and inaccurate. No trainer is all positive, and hopefully none of them claim to be.

By “corrections” I’m referring to anything that might be used to stop a dog from doing something. It could be a sharp noise such as “hey!” or “no!” It could be snapping your fingers. It could be a tap on the shoulder or stepping forward to block a dog’s space. It could be a light tug on the leash or a light sound or vibration from a shock collar.

I use all of these things.

When I’m training my own dog Ace, I prefer to use positive reinforcement as much as possible, treats and praise. This is all I use for trick training and it’s what I use mostly for obedience training. 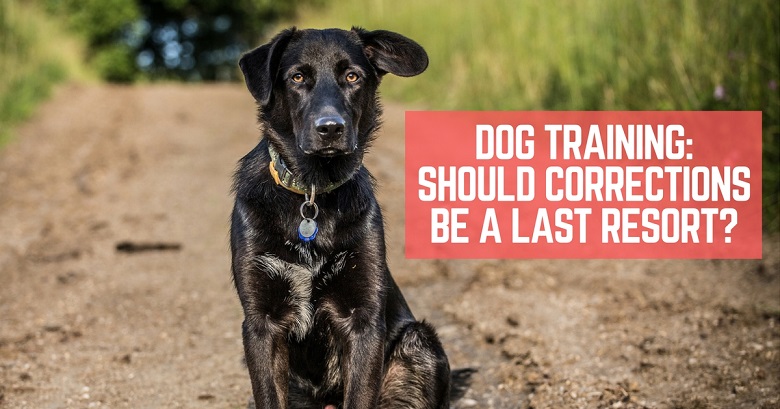 For example, when my dog tries to eat something gross off the ground on a walk, I firmly say “No!” or I tug on the leash or physically block him.

As another example, my dog barked at a raccoon at 10:30 p.m. one night this week. We live in an apartment complex, and I do not approve of barking. I scolded Ace with “No!” He got the message.

So, while I prefer positive reinforcement it’s not always my first choice. Sometimes it won’t work, and sometimes it’s just not the safest option.

I used to run with rescue dogs in Fargo, N.D. I did this year round, which meant it was often below 0 degrees with a lot of snow, ice and wind. The dogs were housed on the edge of town on a road with heavy truck traffic, no sidewalks or shoulders.

In those conditions, I could not be fumbling around with treats. I had gloves on, and the wind was so loud I couldn’t hear anything else. Plus, I was wearing several layers, a hood, a facemask and sunglasses. Communication and movement were limited.

The prong collar was always my first choice. It was usually my only choice.

Those dogs would come bounding out with so much power and enthusiasm. They were dogs without foster homes, so they were typically the strongest and largest dogs with the worst manners. 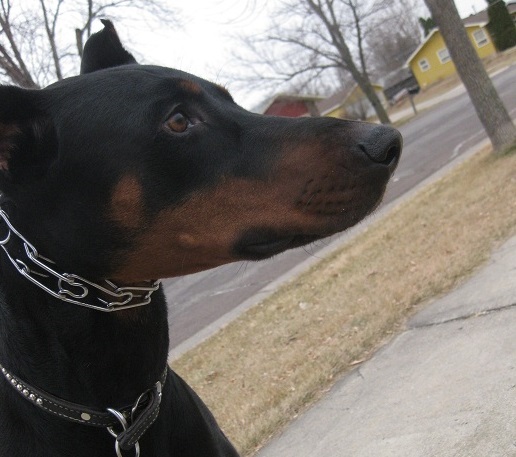 The prong collar allowed me to be out and about safely with one dog at a time. With a prong collar on, the dog would be at my side, not pulling me. A Gentle Leader or Halti just wouldn’t work because so many of the dogs would buck and struggle against it the whole time. This was too risky with all the ice and traffic. I needed the dogs to be under control at all times.

In warmer months, I still preferred the prong collar, although I sometimes used a simple martingale collar with some of the less powerful dogs.

I guess I just feel like there is a disconnect when people put so much pressure on themselves to be “all positive.” Doing so does not make someone a better dog trainer or a better dog owner.

What types of “corrections” do you give your dog? Do you use these as a last resort? 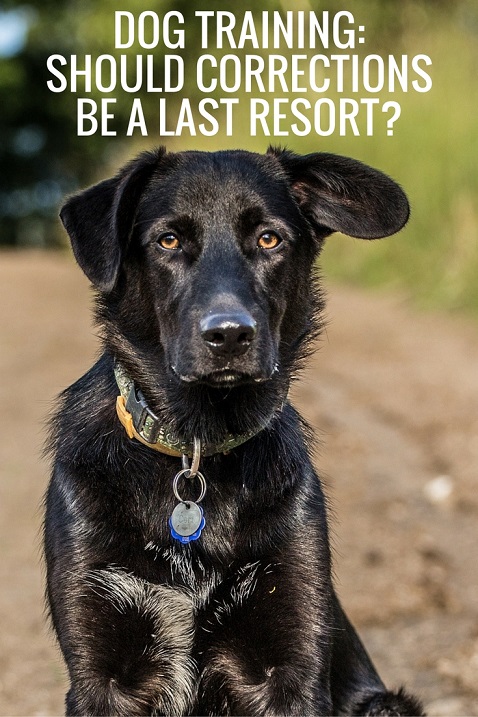 When I take my dog for a walk of course I use a walker as I had hip surgery done last year January 19th and I have to use my walker because with out it I don't have the balance as of yet and my dog walks very nicely beside me, he doesn't pull or anything like that which of course I praise him for very much, he how ever does have some issues which I don't like and that is barking at some dogs on the walk, then I just say in a firm voice "No" and "Watch me" and then I give him a treat and say come on lets go and that is all. Sometimes when he sees someone dressed funny he will stop and bark at them and then all I do is in a firm voice say "No," "Watch me," give him a treat or two and say let's go and then we continue on our walk. My dog is a rescue and on the 29th of this month I will have him 3 years and he will turn 5 years of age on that day as that is what they do when you rescue a dog because they themselves don't really know his actual birthday, so they make it on the day that you adopt him. My dog Toby is such a good boy and I really Love him dearly.

I totally agree with finding a balance between positive reinforcement and correction. My almost one year old Havanese handles a "no" or other negative command without it affecting his lovable personality and confidence. If correction is done without anger, most dogs will handle it just fine. Positive reinforcement works for a lot of situations, but I can't imagine how it could work 100% of the time.

I am so glad this came across my email today! When I first brought my lab, Loki, home I scoured the internet looking for training tips. I wanted so badly to do everything "right" that I sort of became what my boyfriend lovingly called "helicopter dog mom." It was making everyone crazy! I try to use positive reinforcement whenever possible, but you're right, sometimes it's not an option. Loki has to know I mean business when we are walking along a road with traffic. She also gets very distracted during potty time, so a gentle tug on her leash lets her know we're not outside to play. When she was a younger puppy she loved to chase the cats around the house, a firm no and blocking space seemed to work better than a gentler "no no Loki". We have all come so far this first year and I can tell that everyone in the house is more relaxed. And, positive note, my female cat, Herky, who has basically been in hiding for the last year, has finally started to come out to the living room and join the rest of the family. She's even given Loki a little nose kiss when she's sleeping. We're all getting there!

I've taught my dog to associate the word "no" and the "eh eh" sound to when he's not doing what he's supposed to do. It isn't used harshly and it doesn't mean he's always being naughty when I say it, even when we're training and he doesn't do what's right in a normal tone I'll just say "eh eh" or "no" just to gently remind him that's not exactly what I'm looking for. There are times when a firm NO is needed, but I try to give my dog a gentle reminder first.

Training 2 of my dogs for agility I use uh oh or sometimes a sharp no, then I rethink what I'm doing so that the signals are more clear, when it works and we are successful there are lots of very high value treats and play then we hop in the truck for an off leash run. When we get it right we stop training always stop on a good thing. They can't wait to get in the agility yard. Sometimes I work about 30 feet away so if she looks at the wrong obstacle I'll say no, if she looks at the right one I say yes and again reassess what I'm doing to be more clear.