A Jack Russell terrier type dog (not pictured) was killed in a local pound last week because of his extremely aggressive behavior, according to 4 Luv of Dog, a Fargo dog rescue. Because of the dog’s aggression, he was considered by the pound to be “unadoptable.”

My immediate reaction was shock. Was there really no one in the area capable of helping this dog? How can a group call themselves a rescue if they aren’t willing to rescue every dog? Why didn’t I help him? (In this case the pound would not release the dog to rescues due to its aggression, according to 4 Luv of Dog.)

My more logical self reminded me that I hadn’t volunteered to foster this dog even before I knew he was aggressive. I also realize dogs are euthanized every day, including healthy dogs, young dogs and friendly dogs. This dog was not friendly and probably not healthy either.

When is it acceptable to kill a dog due to aggression issues? Is it ever OK?

Obviously there is no correct answer. But sooner or later, anyone involved in dog rescue and even some who aren’t will play a part in making this choice. 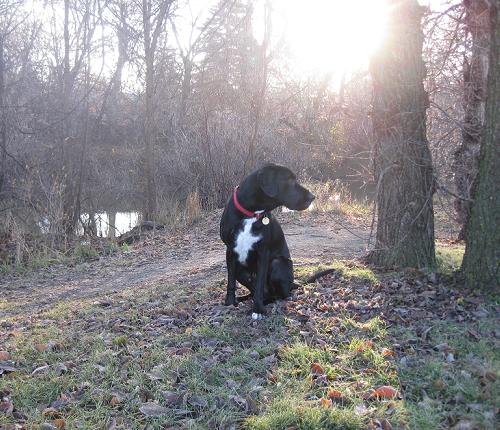 My simplified answer: There are circumstances when the best choice is to kill the dog.

That being said, I also believe every dog can be rehabilitated to the point of living an almost normal and safe life. It’s just that resources are usually unavailable, the risk of a person getting injured is too great and more laws are out there banning dangerous dogs.

I admire the web master of 4 Luv of Dog Rescue for honestly posting info about the impounded terrier on its home page and admitting he would not be rescued. I’m sure the organization will get at least some negative feedback for its decision to post this info, even if the pound would not release the dog.

No other shelter or rescue group in the area was able to help the terrier either. Adopt-A-Pet of Fargo Moorhead did not. The F-M Humane Society did not. 4 Luv of Dog Rescue was the only group I am aware of that at least acknowledged the dog.

No one helped this dog, and everyone who is a true dog lover should feel at fault for the result.

My own parents – two of the world’s greatest dog lovers – had their aggressive spaniel “dealt with” when I was about 3 years old.

I’m not sure if Abby ever got a new home, but her chances were not good. Dog aggression is a serious issue, even more serious when a 3-year-old and a baby are at risk.

In his book “A Good Dog,” Jon Katz wrote about the intense bond he shared with one of his rescued border collies, Orson. Anyone who criticized Jon’s decision to euthanize Orson after the dog attacked multiple people is missing something. People are quick to criticize others.

Confinement, medical treatment and endless rehabilitation are always choices, but not necessarily options in the best interest of the dog or the people who love him. No dog is worth the life of a human.

As for the terrier supposedly euthanized in Fargo last week, he is one example of why more work needs to be done – more communication, more education, better information on training, on socialization, on exercise and adoption.

It’s not just the big dogs, the shepherd mixes and the pitbulls that end up as victims. It is every dog.

Do you believe it is right to euthanize an aggressive dog?