“Bang!” or play dead is my dog Wally West’s second official trick, to be exact.

So far, we’ve worked on basic obedience commands like “sit,” “down,” and “stay,” and he’s learned the “shake” trick. I’ve written about it here on ThatMutt before, so feel free to check it out if you missed it:

How to teach your dog to shake

How to teach a dog to play dead

The “bang!” or play dead trick essentially teaches your dog to fall onto his side and stay in that position, ideally in a somewhat dramatic way! 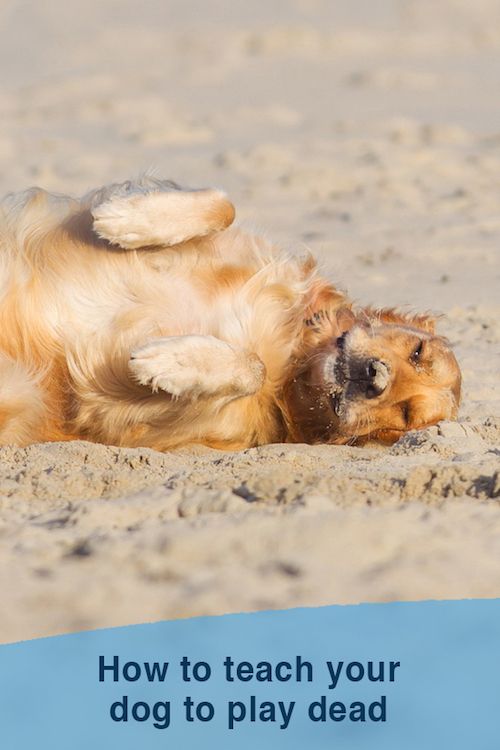 It’s a cute party trick, and since Wally didn’t know it yet, I gladly accepted the challenge of tackling it when Lindsay suggested I write about it.

It’s also a great way of keeping him engaged and entertained inside, especially now that the dog days of summer are upon us here in North Carolina.

I never spent more than 5-10 minutes at a time on the “bang!” trick when teaching it, but had several training sessions throughout the day instead.

That way, Wally worked his brain muscles just enough to burn some mental energy and not get bored by too much repetition. I made sure to always end a training session on a positive note, even if it only meant to reward a “sit” or a “down.” 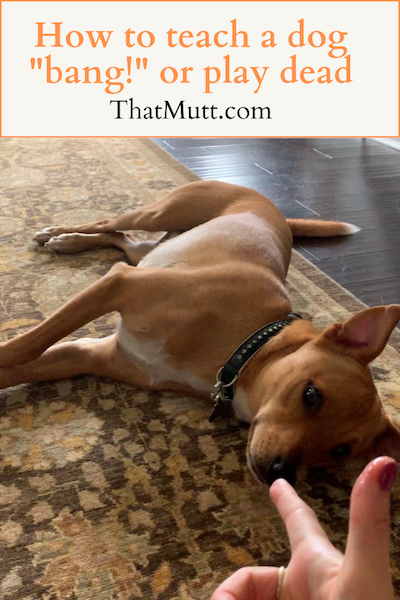 Option 1: Train your dog to play dead through “shaping.” This means breaking the trick down into five different steps and teaching the steps one by one, then creating a flowing movement performed on command.

Option 2: Train your dog bang through “capturing.” This simply means naming a behavior your dog already does.

More on both of these training concepts below.

How to teach your dog “bang!” using “shaping”

Like I mentioned above, I broke the “bang!/play dead” trick down into 5 individual steps: 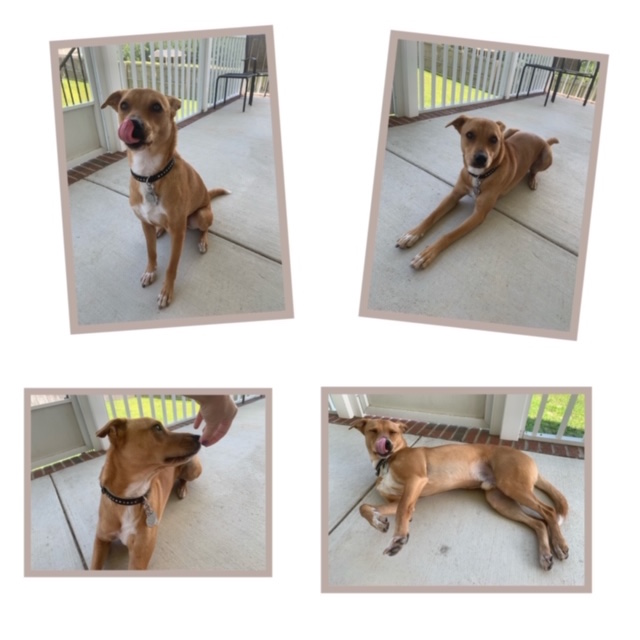 Knowing the “down” and “roll over” commands is helpful and will make teaching the trick easier, but it’s not a prerequisite. Wally already knew the “sit” and the “down” command, so that was a good start in the right direction for us.

If your dog needs a refresher on any of these, check out these training posts:

So I started by asking Wally to “sit,” then I told him “down” from there. He then learned to move his head to his side, followed by lying down on his side. After each step, I rewarded him with a training treat.

Once he was on his side, I used a clicker (from the app below) and rewarded him with a treat.

I also added the voice command “bang!” along with the gun hand signal, i.e. my thumb held up and my index finger pointed at Wally.

Here is Wally doing the bang trick on Instagram:

Wally working on his “bang” trick!

Wally is very food motivated, so training treats were a helpful tool in teaching the “bang!” trick. I like to use tiny treats because Wally can very quickly eat them without the training flow being interrupted.

Training treats I really like are the Grizzly Wild Salmon treats. I discovered them at one of my favorite local pet food retailers, but I can also find them on Amazon. 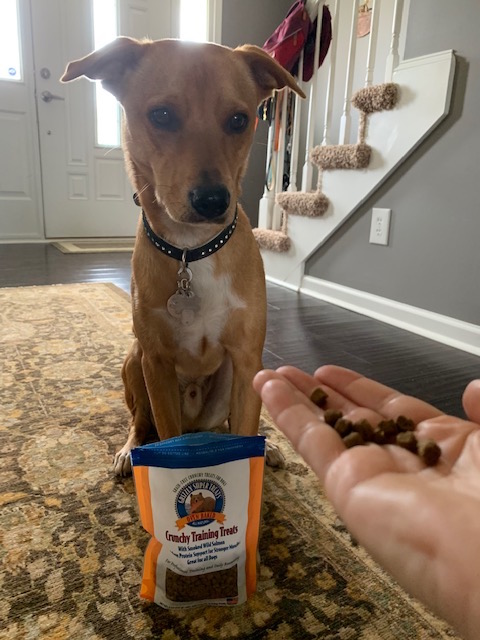 *If your dog isn’t food motivated, you could try luring him into the different positions with a favorite toy.

How to train your dog to play dead using “capturing”

Capturing a behavior in dog training means just that – when your dog performs a certain behavior on his own, you reward him for doing it and give it a name.

Your dog will eventually start to make the connection between the name and the reward, and will perform it on command. This is by far the easiest way of teaching any commands or tricks!

In Wally’s case, catching him lying down on his side wasn’t too hard because he loves lounging on his side, both outside in the sun as well as inside, usually after our walks.

I used this in my favor by adding the gun hand signal and saying “bang!” at the same time, along with rewarding him with a (training) treat.

Teaching your dog to play dead using a clicker

Besides using high value training treats for rewarding my pup Wally, I also used a new tool when teaching him to play dead. It’s a virtual clicker that’s integrated into the dog training app Puppr.

I have to say that I liked the effect the clicker sound had on our training sessions so much that I’ll finally be getting a clicker myself! You can order an actual clicker from That Mutt’s partner Mighty Paw, if you’d like.

I also enjoyed the virtual training experience through the Puppr app because it’s customizable as far as being able to enter my dog’s name.

It has a fun way of being able to track your training progress with different badges you get awarded once a category of tricks has been mastered.

The different categories are basics, silly, silly 2.0. charming, circus, circus 2.0, performer, useful, and agility. Some are free whereas access to others has to be paid for.

The benefits of teaching your dog tricks – dog trick training

The trick “bang!” or play dead is certainly a fun one that people and kids tend to get a kick out of whenever they see a dog perform it. But trick training in general is so much more than just a crowd pleaser. It helps you with the following:

Other tricks to teach a dog

How to teach your dog to sing

Teach your dog to spin or twirl

How to teach your dog to take a bow

Does your dog know the “bang!” command or how to “play dead”?

Out of all the things you can teach a dog, teaching them to play dead is by far the cutest of them all :)

Nothing makes my friends start laughing as much. People go crazy for it.

I guess you could say it's become my dog's official trick as well, Barbara :)

Haha, very nice to hear that, Nabil ;-) It is pretty darn cute.

We’ve gotten as far as “dead dog” which is her lying on her side with her head down. It’s supposed to be a stepping stone to getting her onto her back and eventually “roll over.”

I’ve been trying to capture a more dramatic “death” (capturing and marking a huff or groan), but so far that’s gone slowly.

Yes, I've taught Remy to lie on his back with his legs up for "bang!" He has that down, but now we're also working on "roll over" and he gets the two mixed up since they're so similar. Can't blame him!