I’ve been bitten by several dogs.

It’s not that I’m a bad dog handler, but I’ve worked with a few thousand dogs, and when you work with dogs all day, sooner or later you’re going to get bitten.

I’ve worked as a dog walker and pet sitter and also at a boarding kennel, in addition to fostering dogs.

I thought I’d share some of the errors I’ve made (there are way more than 5), because it’s always a good idea for us “dog people” to stop and review how to behave around dogs.

Please share any mistakes you’ve made as well. If we can prevent even one dog bite, it will be worth it.

Mistakes I’ve made that led to dog bites 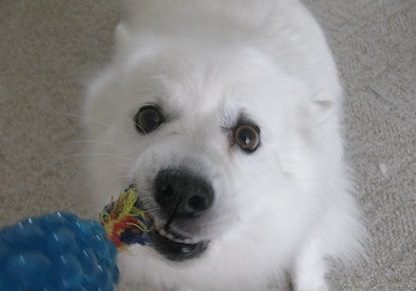 This is where I’ve gotten in trouble many times. I’m aware of the dog’s potential aggression, and I push the dog’s limits.

Unfortunately, we dog lovers sometimes like to think that “oh, dogs love me” or “oh, I know dogs.” Well, yes, but if we know dogs, then we need to respect them and remember the reality that dogs can bite us, and they will.

For example, a friend asked me to come over and give treats to her fear-aggressive dog. All was going fine with this until I decided “just to try” to pet the dog. Well, that was an incredibly stupid and unfair idea, and I got what I deserved.

2. Stepping too close to a dog’s food bowl.

I was bitten in the ankle while stepping too close to dog’s food bowl while she was eating.

This occurred at the boarding kennel I worked at. I’m the one who gave her the food in her pen, and then I must’ve stepped over the bowl while turning to leave.

I didn’t know this dog very well, and she didn’t know me. I should’ve known to place her bowl away from where I’d be walking to get out of her pen.

You may recall another time when I wrote about getting unfairly close to a rescue dog’s food bowl.

See my post: How to prevent a puppy’s food aggression.

3. Getting up close and personal. 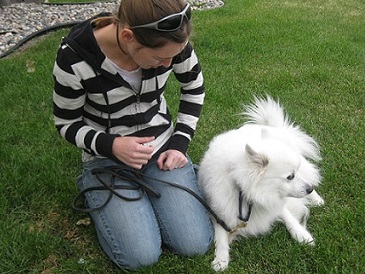 Thankfully, this one hasn’t resulted in a dog biting me that I recall, but I’ve been growled at oh so many times for giving dogs hugs or just getting too close to their safe place such as a kennel.

Once a dog growls at me, I feel incredibly bad for my rude behavior. Thankfully, the dogs have always had good communication skills and decided to warn me first rather than bite.

Lesson: Be careful about which dogs you hug or put your face close to. Even if the dog knows you, he may not be comfortable with you putting your arms over him or around him. This is really invasive behavior on our part, and luckily most dogs put up with it well.

4. Putting too much trust in others.

Sometimes I trust other dog people to make smart choices around the dogs I’m handling, and this backfires.

For example, grown adults would sometimes reach out to pet my fear-aggressive foster dog without asking. He’s the white dog you see in the pics.

This resulted in a nip more than once, and while no one has any businesses petting a dog without asking, I’m still responsible for the dog I’m handling. 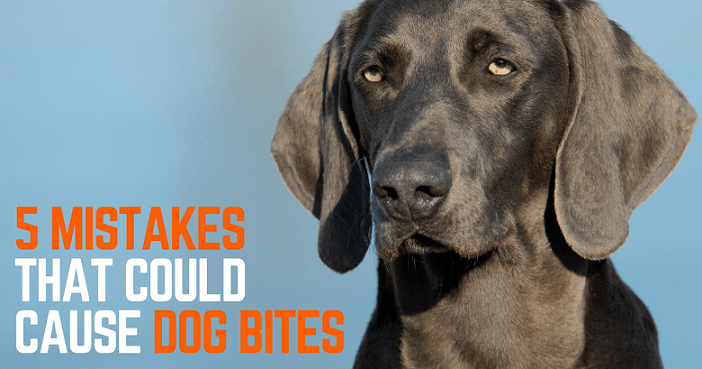 My dog Ace has nipped my hand accidentally while trying to grab his rope toy from me, but only after I’ve gotten him extra excited.

I’ve also put my hands in the mix between Ace and my parents’ dog Elsie while they were playing tug of war and I apparently decided to join.

What a dumb thing to do.

When dogs are excited and grabbing with their mouths, of course they can accidently bite our hands.

Seriously, I could go on and on with the mistakes I’ve made, but I’ll keep the list to just five items. Please share your own examples if you have any. Or perhaps things you’ve seen other people do.

Have you made any dumb mistakes around dogs?

What advice do you have for others around dogs? Let me know in the comments.