Note: That Mutt and PetVi Nutrition have partnered to bring you this post.

Leave a comment below for a chance to win probiotic supplements and treats for your pet. Click here.

My senior mutt Ace has had a rough couple of months healthwise.

The poor guy now has 5 draining skin lesions on different areas of his body.

He’s been wearing a cone collar for 7.5 months, and he’s had so many different types of antibiotics that his digestive system is really out of whack.

Ace was originally diagnosed with a “foreign body” back in November when there was only one draining wound. Now that he has 5 wounds we ruled out “foreign body” and his dermatologist (yep, he has his own dermatologist) says this is likely an autoimmune disease, meaning his own body is attacking healthy cells.

Ace just started a new medication (Atopica) to hopefully stop his body from attacking itself. It’s too soon to tell if it’s working. We could really use your positive thoughts now. 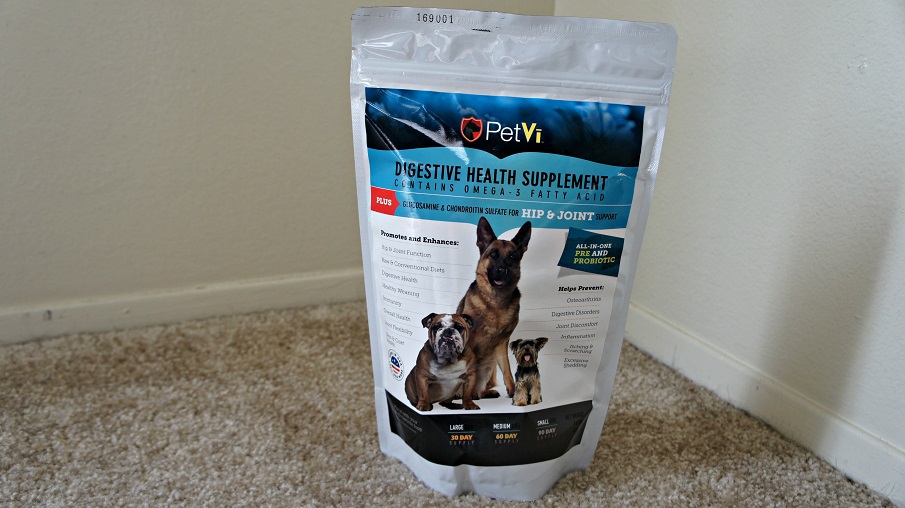 How PetVi has helped my dog Ace

One thing Ace’s vets tell me is it’s good to keep him on a probiotic supplement during this time because of all the antibiotics he’s been on. That’s where PetVi has been helpful.

PetVi is a nutritional supplement for dogs and cats formulated to restore and maintain the pet’s gut health, according to the company. The product includes pre and probiotics and is designed to help boost the pet’s immune system.

A problem with antibiotics is they can also destroy the “good” bacteria in a dog’s gut along with the “bad” bacteria. Giving probiotics to a dog on antibiotics can help restore that good bacteria.

Since my dog has been having an upset tummy due to all the antibiotics, we decided to keep him on a probiotic at the same time. However, you would want to discuss this with your pup’s vet because sometimes it might be best to give the probiotic after the dog is through the antibotics.

Use code THATMUTT to save $2 per supplement

A couple of my readers’ dogs have also tried PetVi

Thank you to our “taste testers” who have also had a chance to try PetVi’s supplements along with Ace. Read what the dogs’ owners have to say below.

You can also win a prize pack of treats and supplements for your dog. Just leave a comment below and you’re entered! Click here. 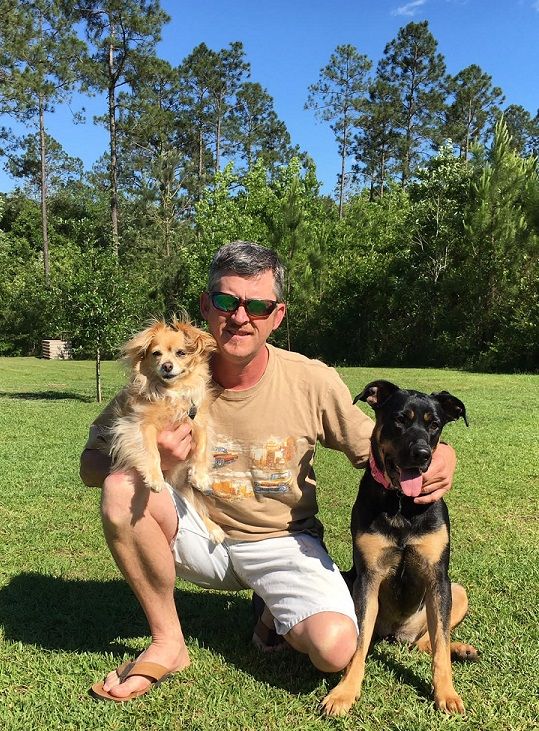 “I used Petvi a few years on my dog Daizie and it worked great but had stopped using it. A few months ago she started throwing up and getting upset stomach on a regular basis. I told my wife that I was tired of her feeling so bad and that I was going to buy some of the PetVi and start her back on it. It’s been about two months and she has yet to have a upset stomach or throw up.

“I bought the hip and joint formula because she is getting old, 7 years old, and seems to have helped. Can’t really tell cause she is in great health but if it works for joints like it does for her digestive system then I am sure it will cure any joint issues.

[quote_center]”I can tell you the scratching has subsided a lot, as for the shedding it has gotten a little better.”[/quote_center]

“My kids have a dog, Anya. She is a German shepherd mix. She scratches a lot and sheds like a beast. The PetVi that I won in your contest was for her. I can tell you the scratching has subsided a lot, as for the shedding it has gotten a little better.”  – Stacey

“Zeus most certainly enjoys the extra topping on his kibble. In fact, I get ‘the look’ from him if I don’t add the powder. 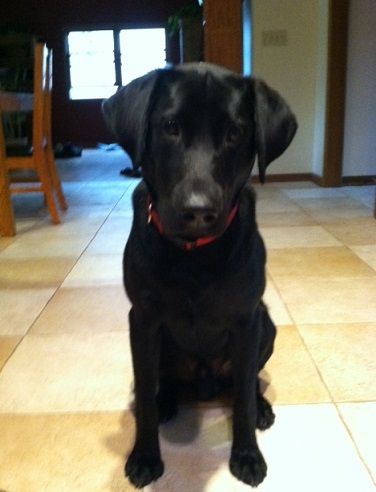 “And his physical response? How do I put this delicately? His system is working better because his poop is no longer soft and mushy. It is well-formed, solid logs. Makes clean up so much easier! The PetVi is the only thing I changed. I assume this means his gut is more properly balanced, something I have been working on for a long time.

“Next step, his itchy skin and resulting obsessive licking which has not improved while using PetVi. Zeus obviously has more than his share of food and allergy issues. He is a work in progress.”  – Linda 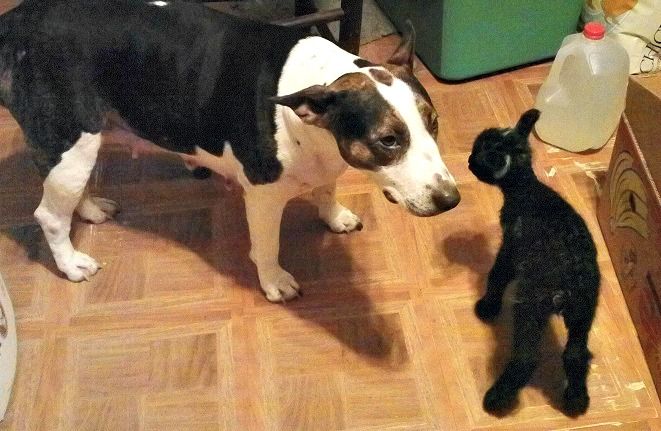 “I am noticing a big difference in their behavior, but it isn’t showing as such on the outside yet. They love the stuff. If I put their food bowl down without the supplement on it the look at me, then at the bowl. I’m going to need to order some more as they are completely hooked on it.” – Norma (Pictured is her dog Cleo. Baby is not pictured.)

If any of your dogs or cats would like to be featured in my next PetVi post, email Lindsay@ThatMutt.com.

PetVi is giving away a fun package of its supplement + probiotic treats to 5 lucky readers of That Mutt.

Just leave a comment below. Which one of your pets do you think could benefit from PetVi’s products?

I’ll choose the five winners at random on Tuesday May 17. Must have a U.S. or Canadian mailing address to win.

If your pet already got to sample these products, you can still enter the giveaway and potentially win more.

Which of your pets do you think would benefit from PetVi’s supplements?

Just let me know in the comments!

49 thoughts on “How is Ace Doing? PetVi Probiotics Are Helping My Dog #Giveaway”