How to Walk Your Cat on a Leash

Home » How to Walk Your Cat on a Leash

Yeah, not only is my kitty named Freako, but he walks on a leash!

It really was a natural progression from his lifetime of “training.” The day I picked him up he was given to me in a box. I immediately took him out and held him for the drive home.

Never being one to put cats in a cage, I believed they could behave if given the chance.

Sure enough, for trips to the groomer’s, vet’s, or anywhere else, he was nestled comfortably in the back seat.

We were even in an accident once – someone hit the front of my car from the side.

He looked up as if to say “what just woke me up” and then put his head back down. In addition, he made the trip to the East Coast from California and back when I went to college and subsequently moved back to Los Angeles.

The leash came about when I was taking him across the country. I thought it would be a better idea for stops to let him stretch his legs rather than just be carried out of the car. He found the leash to be rather odd at first, hunching down close to the ground and then rolling over.

This occurred the first few times I put it on and we went for “drags” rather than walks. Freako has always been a smart fellow so he caught on that if he wanted to go outside and eat grass, this was his ticket. He’s been walking on the leash ever since!

My newer rescued kitty, Inso (which loosely translates to “Freako” in French), has been learning leash etiquette more recently. He was quite bad at first, rolling around and trying to eat the leash.

He’s a little more, well, dense than Freako and it has taken him a bit to figure out that he gets to go outside and eat grass if he puts on the leash.

Freako (Russian Blue) and Inso (Orange Tabby) are both male, neutered, indoor kitties. Freako learned to walk on his leash when he was about 7 or so (he’s 16 now).

He was fully car trained and also accustomed to being carried into the vet, etc. and sticking by me until he went in. Inso is almost 3 and a bit more of a space cadet than Freako but eventually caught on to the leash. In both instances, patience was the key.

This is something I really wanted for them and they both really love it now. In fact, Inso stands at the door sometimes and screams, which is his way of telling me it’s time to put on the leash. The leashes are the harness-type that are marketed for ferrets.

I started out with the rope-type for Freako all those years ago, but the wider harness of the ferret leash looks more comfortable to me.

When trying to get your cat to walk on a leash – realize they will hate you the first time you try it.

You must give them a treat or some reward afterward in order for them to warm up to the idea. I’m not sure how well you would be able to train an outside kitty to do this, but anything is possible with patience and love.

Apryl DeLancey is a Los Angeles native and sports fanatic who maintains a blog called “Women Like Sports.” Just about every sport you can think of is covered, so stop by for a visit sometime! Oh – and please, to paraphrase Bob Barker, don’t forget to spay and neuter your companion animals! 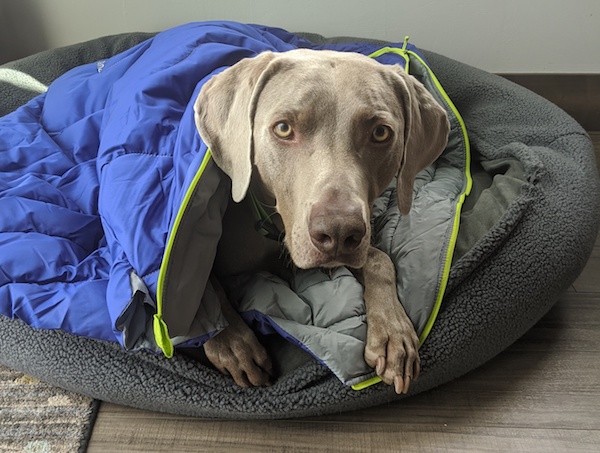 Next
20 Things to Consider if You Take Your Dog Camping
Click here to cancel reply.

He'll come around Lindsay - just have patience...someone also reminded me that trust is a main issue with cats. I have faith that you'll be able to do it. It could take a few weeks but he'll get excited once he realizes that he gets to go outside!

I bought a harness for my cat yesterday. Although he does not like the harness at all, he enjoyed being outside. He is used to being an indoor cat.