How long can my dog be in a hot car?

It’s not abusive to leave a dog in the car under the right circumstances.

Although newspapers and blogs seem to think some of us have never heard how lethal a hot car can be, it’s not news to dog owners that car temperatures can kill.

There are different statistics out there on how long it takes for a dog to die in a car. The majority say it takes 15 minutes when the car is parked in the sun on a 78-degree day or hotter.

The problem is, people believe what they hear, and 15 minutes is thrown around like a magic number.

Some dogs are OK being left in the car for 15 minutes. Others are not. 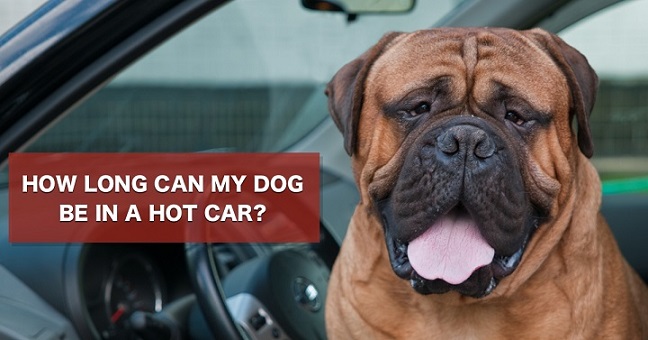 A dog can begin suffering within two minutes of being left in a hot car. After all, dogs have fur coats, and they can only sweat through their feet.

It doesn’t take long for certain breeds to become uncomfortable in the heat. A black, overweight pug is going to be a lot worse off than a healthy yellow lab.

Plus, it’s easy to lose track of time. People forget.

Those are the kinds of mistakes we make. We think we have 15 minutes. We think 15 minutes is enough time. 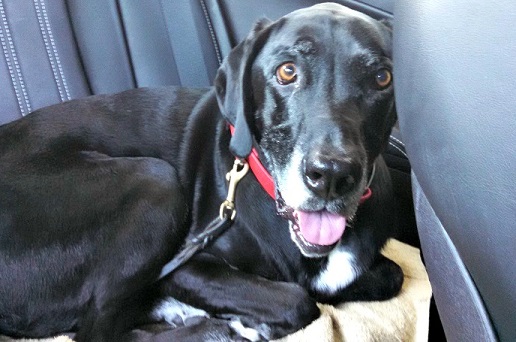 I used to live in North Dakota. 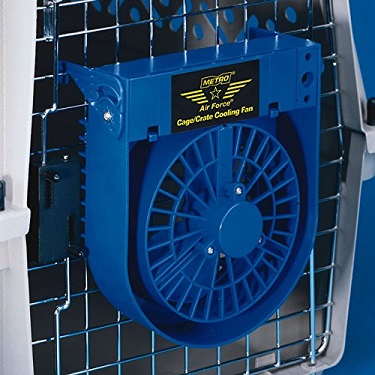 The average high temperature in Fargo is 55 degrees Fahrenheit or lower from October through April, according to weather.com.

Even though my dog is black, he has short hair and he’s in good shape. I know my dog well and what is safe and what isn’t safe for him.

I have a feeling there are a lot of other dog owners out there just like me who are sick of being harassed for bringing their dogs along and leaving them in the car.

I trust a dog’s owner to know what’s best for her own dog. Someone even suggested to me this fan for keeping dogs cool in the car. Hey, it could help, right?

I’ll make decisions about my own dog, thank you.

I love to bring Ace along on errands. He spends a lot of time waiting for me in the back seat, especially during the fall and spring when it’s not too hot or too cold. To say I should never leave my dog in the car at all would be unfortunate.

Ace has waited for me while I go to dinner, while I shop or while I run other dogs.

When Ace is left home alone, I guarantee you he sleeps the entire time. But while he stays in the car, he is looking out at new surroundings and experiencing new things.

[quote_center]Two hours in the car is not going to kill my dog on a cool day.[/quote_center]

Millions of dogs spend eight or more hours a day in a kennel. Two hours in the car is not going to kill my dog on a cool day. 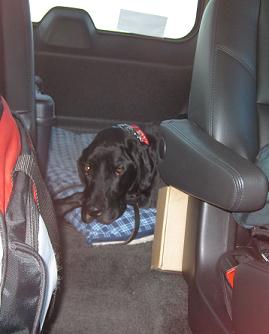 There’s this thing called common sense that people seem to be lacking on both sides of this issue.

Yes, a hot car will kill a dog (or toddler).

No matter what, there are going to be times when people make mistakes. But cars aren’t always hot, and most dogs love the car, even if that means waiting while their owners run a few errands.

I was visiting my Grandma in a small Minnesota town. My Grandma is not a dog person, but she did know her statistics on how hot cars can kill dogs.

[quote_center]No matter what, there are going to be times when people make mistakes.[/quote_center]

I knew very well that my dog would be fine. I also parked by a window so I could see him from my table in the restaurant. It was maybe 70 degrees with some wind and I had the windows down part way.

I’m an (overly) concerned dog owner, so I even went out to check on Ace during the middle of my lunch. My mutt was totally relaxed, not even panting and sitting in the sun (he had the option of shade).

Yeah, my dog was really suffering.

never leave a dog in a hot car. i even take a fan with me, b/c when the car is hot when you get in and it make take a few minutes for it to get cool, i have a battery operated fan. i also take a cool matt with me. you never know what is going to happen, your car may break down, so i always go prepared with cold water, cool mat, ice packs, fan, etc. that said i never leave my girls in a hot car. it is against the law in nc, however, the police are very, very slow to act or do anything. i have called them many a time when i have seen a hot in a hot car, left for over 20 minutes or more and they never responded. when i first got Evie i would take her everywhere. however, if it was hot, i would leave her at home.

We have a white miniature poodle. She's upset if it's too hot to take her when I run errands. She loves being in the car and especially guarding it :)

I too am sick of people overreacting when a dog, no matter the conditions, is left in the car and the owner is automatically accused of being an animal abuser. I do not take my dogs with me and leave them in the car in the middle of summer. But I do take them with me when the temp is anywhere from 50 to 70, leave them in the car with the windows down, water and shade available if they need it. I get the thing about closed windows and heat. How many people sit in the car on a 70 degree day with the windows open, water available, and die from heat stroke? It took so long for folks to finally get the idea that closed cars get hot on warm days (how many babies have died in closed cars on a hot day), but the pendulum has swung too far the other way to automatic abuse, no matter the steps the owner takes to keep their dogs safe.

My dog loves running errands with me! The rule I'm using is that is I wouldn't be able to stay in the car myself without sweating a tiny bit, I wouldn't leave my dog there. I live in Texas and on Summer days, my dog loves to lay down outside when it's 95 degrees (he asks for the door when he could stay inside in the AC)..so for him to stay in the car when it's below 70 degrees, it's nothing! Above that, I wouldn't leave him there. Maybe some people wouldn't do it, but it's sure not dangerous for the dog to spend 30-40 minutes in those conditions. I got so upset at a man who came yelling at me for leaving my dog in the car when it was 65 degrees outside with all the windows open. He told me he would call the police if I don't go back to my car right away. I got back to my car, my dog was napping and it was 75 degrees in the car with a cool breeze! My dog didn't even drink the water I had left him!!! At the end of the day, there's a big difference between the choices you make for your pet vs what's dangerous. Just like with children! Some are okay leaving their kids walk to the park alone, some others won't let them do it until they are teenagers and would call CPS on you!