Home » Playing with some dogs!

Today will be one of the coldest days of the year, even for Fargo. The low is something around -17 F with a windchill of -30 or more.

I love these days. I love them every year.

As a Minnesota kid, I was always outside in the winters. I would be out running and wresting and playing with my golden retriever Kacy no matter how cold it got.

On Jan. 18, 1994, Gov. Arne Carlson ordered all Minnesota public schools closed because of the extreme cold. Morning air temperature readings were -26 degrees F in the Twin Cities at 9 a.m. with a wind chill temperature of -48 degrees F, according to the University of Minnesota.

To this day, Arne is a hero in my eyes as he probably is for all Minnesota “kids” who are now about 25 to 35 years old. He cancelled all public school for the whole state more than once. I don’t believe the state does this anymore in case some kid doesn’t get the memo and waits outside for a nonexistent bus.

I remember these “snow days.”

Although it was apparently too dangerous for kids to be out waiting for the bus, I spent at least that amount of time romping around with Kacy in the backyard.

We seemed to survive just fine. We didn’t need an “extreme cold warning” to know when to wear an extra pair of gloves or when to head inside. 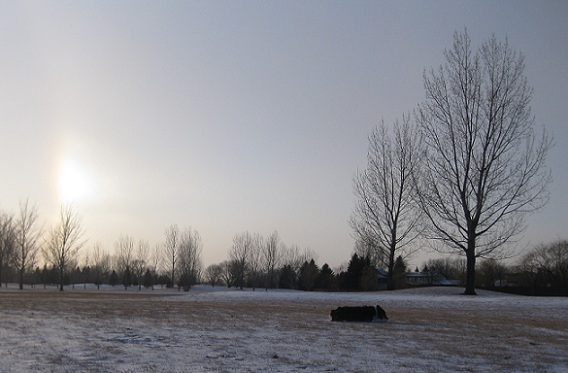 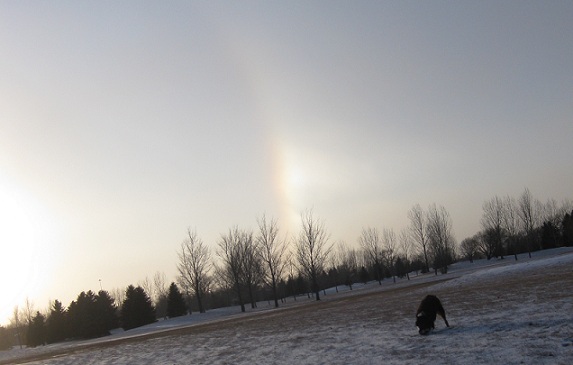 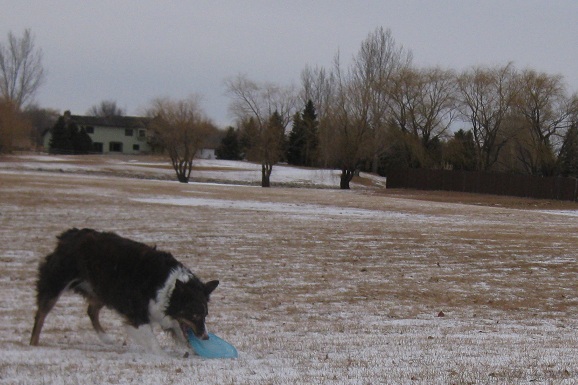 Above is my friend Ruby. She is in her element. Just another day!

My Lab does not seem to feel the cold, as for me, that's another story lol.

Not bad at all!

I think your 10-year-old self would think you're pretty awesome! How many people make careers out of doing what they truly love?

Well we're finally getting some snow today. Jan. 22 and our first real snow of the season.

In Anchorage, AK we are not getting much above zero during the day. D.O.G. loves it. He's running and playing and I get cold before him. Belle however needs booties and a jacket. Once she's got that on she's good to go.

I've been the wimp this week. However need to get them out and about! Hope that you stay warm!!

On the other hand, he really hates the summertime. Anything over +20 and he is pretty miserable.

My GSD Mack does not seem to be aware that it is cold outside. It was -19 today (windchill -27). He doesn't care at all, and his paws seem fine. I wipe them off when we get home to get the salt off, and I check them for scratches/cracks from the ice, but that's about it. When we are out running, and he stops to sniff, I get cold because I am not as bundled up as I would be for a walk. He has that cute hobbit hair between his paws though, and a thick double coat. It would be difficult carrying him in though- he's 95 lbs.