Dog vaccinations – what not to do

Home » Dog vaccinations – what not to do

Thank you to Jana Rade over at My Dog’s Symptoms for providing these tips. When it comes to vaccinations and dogs, do your own research and ask your dog’s veterinarian plenty of questions.

Last time we tried to decipher whether or not too many vaccinations are bad for adult dogs. There are some people who don’t vaccinate their dogs at all (and that includes puppies). Frankly, I am not that brave. It might work for them, but I am not ready to risk it.

So until something profound changes my mind, I believe vaccinating dogs is important.

We covered some of the different vaccines, boosters and titers for dogs. You did your homework and made your decisions about what you’re going to vaccinate your dog for, how often and whether you’re going to titer.

The whole idea is to make sure your dog is protected, but his system shouldn’t have to contend with vaccinations that are not necessary.

What not to do when it comes to vaccines for dogs

There are some things I would not do when it comes to vaccinating my dogs:

1. I would not give vaccines my dog doesn’t need.

Or that don’t have a good record of being effective or safe.

With some vaccines it is a question of the lesser of two evils. For example, unless your live in an area highly infested with ticks, you’re probably not too concerned about vaccinating for lyme disease.

And some vaccines just don’t have a good enough track record to bother with, such as the rattlesnake, periodontal disease, giardia and coronavirus vaccines.

2. I would not repeat a vaccine to which my dog had a reaction to.

It is kind of a no-brainer when your dog experiences a severe reaction, but I would think twice even if she had mild adverse effects.

I would rather titer instead, or insist on a different brand of vaccine at the very least. And sometimes antihistamine is given to mitigate a potential allergic reaction.

3. I would not have my dog given multiple vaccinations in one visit.

I believe that vaccines are safest if there are at least three weeks or a month in between them. The more vaccines your dog receives at once, the higher the risk of a negative reaction. It is also a huge strain on the immune system to deal with all those things at once.

The combination Parvovirus, Distemper and Adenovirus would be an exception. But if your dog had a reaction to it in the past and you still want to vaccinate against these, you might want to consider splitting them up.

4. I would never vaccinate a dog that is ill.

That is just asking for trouble. Clearly a sick dog’s system already has enough to deal with; vaccinating would be adding oil to the fire. The immune system just might not be able to handle all that.

I never had our vet argue about this, but I also know people who brought in a sick dog and the vet was trying to vaccinate at the same time. Not a good idea. Plus, with the over-burdened immune system, the vaccine might not even be effective.

5. I would never allow my dog to be vaccinated for things I did not discuss with my vet first.

You think that doesn’t happen? Believe it or not, it does. This might be simply because of poor memory or bad organization, but it is not a good thing.

For example, our daughter brought her Chihuahua to be given a rabies booster. She specifically stressed that she wanted her dog to get only a rabies vaccine.

Yet, they gave her the leptospirosis vaccine also, and as luck would have it, the dog had a severe reaction and almost died right there! After that happened the vet said that such a reaction to a lepto vaccine, particularly in small dogs, is not unusual!

6. I would not vaccinate during high-allergy season.

So many dogs suffer from allergies these days. The sense behind this decision is the same as the earlier points. Why add additional burden to an already agitated immune system? We vaccinate our dogs either in early spring or late fall when there is less potential for environmental allergies.

7. I would not vaccinate on a Friday afternoon.

Just as luck might have it, that’s when your dog might get an adverse reaction, just as the vet’s office is preparing to close or after it has already closed for the weekend.

We had these things happen in the past, not with vaccines but with other disasters; we prefer to do all these things early in the week, early in the morning. And so far, as it often works with Murphy’s Law, when you’re prepared, the disaster doesn’t strike.

8. For the same reasons, I would not vaccinate before a trip.

Some reactions might strike quickly, but some of them take awhile. It’s just not worth the risk of your dog experiencing a medical emergency on the road or while she is at a boarding kennel and you are out of town.

Has your dog ever had a reaction to a vaccine?

We hope your dog has never had a reaction to a vaccine, but if she has, let us know in the comments.

When can I walk my puppy after vaccinations?

Previous
How to choose the right dog 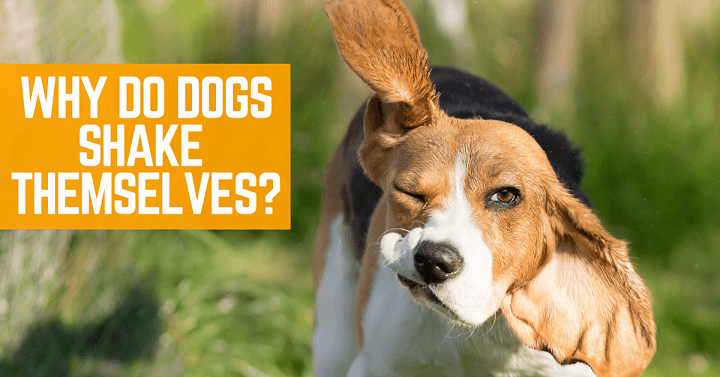 Next
Why Do Dogs Shake Themselves? - The Dog 'Body Shake'
Click here to cancel reply.

Thanks for mentioning that you should either vaccinate your dog in the spring or in the fall to reduce the chances of allergy complications. Now that my wife and I have adopted a puppy for our daughter's birthday, we would like to make sure that he stays healthy since he was born only a few months ago. We'll consider getting a vaccination for the puppy when the time is right.

Per the vaccine inserts, only healthy dogs should be given shots yet more vets than not give them to unhealthy dogs. My sister's dog has allergies that they cannot figure out and so the poor dog itches and itches and licks skin off. So instead they medicate the poor dog and never try to dig further. And of course they keep vaccinating. My sister and her husband say the vet knows what he is doing and the dog is the one that suffers.

A healthy dog is not a dog with allergies (this means the immune system is compromised).

I am very good about medicating my dog every month with flea and tick medicine, prescription from vet. I've never seen a flea or tick on him so I am confident it is working. So, why is my vet always trying to give him the lyme disease vaccine???

Hi Betsy. That would be a good question to ask the vet. I know my parents' dogs' vet is the same way and says it is an extra "precaution." Lyme disease is common where they live. In my opinion (and I'm not a vet), it is not necessary to do both no matter where you live. My dog's vet has never recommended this, even when I lived in an area where Lyme disease was somewhat of an issue.

These days I live in an area where there aren't many ticks (just fleas) so I still use flea & tick prevention but no lyme disease vaccine. Have you gotten a second opinion?

I had my little 3.8 pound Yorkie vaccinated with Lepto and she is paralysed on her left side. Any help is appreciated- I am heartbroken- can hardly stand to talk about it :-( pls help

I'm so sorry to hear this. Is this something that happened today?

Please could someone help advise me. We gave our 2 year old Goldie her vaccination on Saturday and the vet injected her in the hip. Almost immediately after she wasn't walking well and keeps sitting down. We are now on Monday and she still can't walk more than a few steps without sitting down. I will take her back to the vet but please let me know if anyone has experience with this. Am so worried about her.

I don't have experience with a dog reacting to a vaccine, but I know some dogs are more sensitive than others. It's pretty normal for mild soreness to occur, but sounds like your dog is in more pain than that. I'm glad she's going back to the vet. I hope she feels better soon!