Another reason to get your pets microchipped

Ben Choi was recently reunited with his lost Pekingese named Buddy who had been missing for almost six years, according to the New York Daily News. Choi was contacted by a veterinarian who had scanned Buddy’s microchip.

The microchip identified Choi as the owner, according to the Daily News. Choi rushed to the vet’s office, but the dog’s new owner – Alfred Hayek – had already left with the dog.

The two men have been in contact, but Hayek said if Choi wants the dog back, he needs to reimburse him for years of food, medical treatment and grooming, according to the Daily News. Choi said he is willing to reimburse Hayek, but negotiations have been tense and he wants to avoid legal action.

What the heck would you do if you were in either of these guys’ situations?

*Note to self, if I find a lost animal, I will check for a microchip right away!*

Update: Choi paid $500 and got the dog back, according to CBS News. 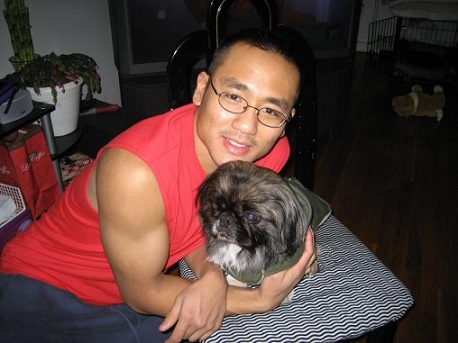 So if he had driven someone's car for 6 years without checking the VIN, would he demand money for gas and oil?

What would I do? Take the dog to a vet when I first found him. They could have been reunited years ago.

Alternatively I would ask to getvthe occasional picture and updates on how he's doing, and hand him over. He was never mine to keep and any money I spent was repaid by the temporary companionship I got from the dog.

It seems like a lot of people don't even think to check for a microchip. They just find lost dogs and keep them.