Home » What if we stopped calling dogs bully breeds?

Can we stop referring to certain types of dogs as “bully breeds”? Or am I missing something?

The word “bully” is obviously negative and not a word we should use to describe any type of dog, let alone dogs that are already discriminated against and even killed based on their appearances.

Kind of a “cute” term the way we might refer to Australian shepherds as “Aussies” or dachshunds as “doxies.” I guess we can call bull dogs “bullies.”

Only it’s not cute.

Calling a dog a “bully” makes the dog sound mean, which is not exactly what you want people to think when you’re referring to dogs. 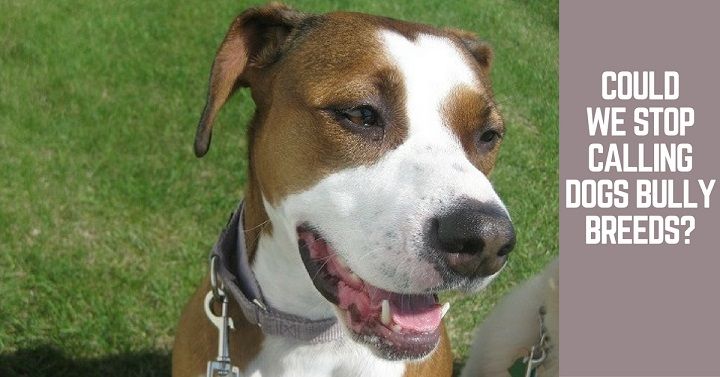 It’s cute for those of us who understand dogs, because we know no breed or type of dog can actually be a bully.

I guarantee you that certain relatives of mine just assume the term “bully breeds” refers to “mean breeds” or “dangerous breeds” (which don’t exist).

It makes sense for them to assume this, thanks to the media and thanks to us dog lovers who ever so kindly refer to certain dogs as “bullies.”

I’d like to see the phrase gone. Use “pitties” if you have to. At least it makes the dogs sound gentle.

What does the phrase “bully breed” even mean?

The term means different things to different people, and it’s become a general phrase like “pitbull” to casually refer to lots of different breeds and mixed breeds.

AnimalPlanet.com says many of today’s “short muzzled” dogs are included under the “bully” label such as boxers and English mastiffs and Boston terriers.

There’s a Facebook page for “bully breeds” and it includes Rottweilers and French bull dogs in the mix but focuses mostly on “pitbulls.” 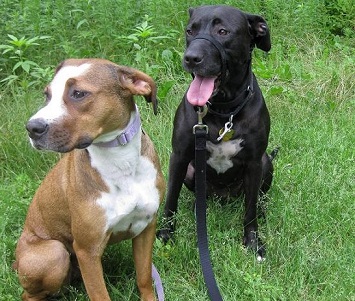 Are you confused yet?

I’m sure this blog post will attract commenters who will say things like, “No, an American bully is this” or “No, bully breeds do not include this.” And maybe they would all be right.

I just think we need to be careful about our words.

Calling dogs “bullies” is not cute. We are the bullies.

What does “bully breed” mean to you, and do you think we should drop that term? 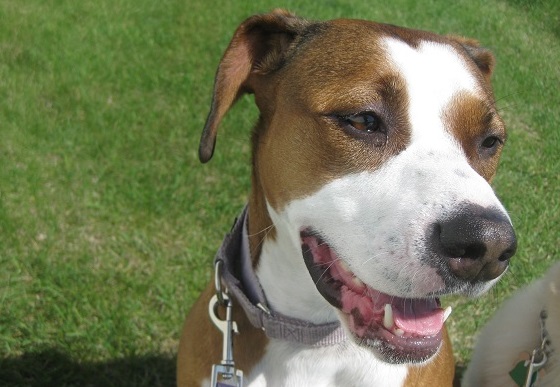 I think the term bully breeds is ok , after all it’s describing breeds that have bull in their title . I think it’s much more damaging to call different breeds “pit bull types” because it causes more confusion , especially when APBT’s are banned in many countries, dogs are getting euthanised because of mislabelling them as pit bulls

I am totally offended by the label. It is encompassing and bogus.

My homeowner insurance company mailed me a letter with a list of specific dogs that my insurance will not cover in case of injury to someone. I wish I had the letter at work with me so I could share the breeds with you. SMH

I really am not fond of either pitbull or bully. Both have come to be associated with so much negative press and information, that the dogs are often considered lost causes before they get a chance. My guy was listed as an American pit bull mix when we adopted him. Like many of these type of dogs, Lambeau is sweet, goofy, and a total love. Look at him, and you know he's not all pit or even all pit mix. He's too lean, long-legged, and tucked in the waist. He also has a lot of sight hound traits. I've just begun telling people he's a Staffie/greyhound mix. It's easier on both of us.

I use pitbull all the time. Ideally, more people will begin to have neutral associations with the word as they would with spaniel or retriever or terrier. Or, I guess that's what I'm hoping for.

I couldn't agree with you more lindsay, our Ace is clearly pitbull mixed with something like boxer or american bulldog, even though we adopted him as a "boxer" I have heard trainers and vets call our dog a "bully" breed and say because he is antisocial and aggressive that it is common in the "bully breed" I would love for that term not to exist. My dog is not mean and anxious because he is a pit/boxer mix it is because of the way he grew up in the shelters. I don't like when people try to group him in there and reason with his problems. Sure he would be less scary if he were smaller and less muscle but that doesnt make him more aggressive compared to a yelping jumping beagle.

Oh, good. I was hoping I was articulating my point well enough. I'm so glad other dog owners get where I'm coming from. And there are actually trainers out there saying these things? Yikes.