Home » Dog participates in a polar plunge – Is this animal abuse?

I found this story interesting.

Apparently a yellow Labrador participated in a community “polar plunge” fundraising event in Massachusetts, and of course people were freaking out and accusing the dog’s owner of animal abuse.

While I think it’s good to be concerned for a dog’s safety, this is a classic example of people freaking out over nothing.

The dog’s owner will not face charges, according to WGGB News. 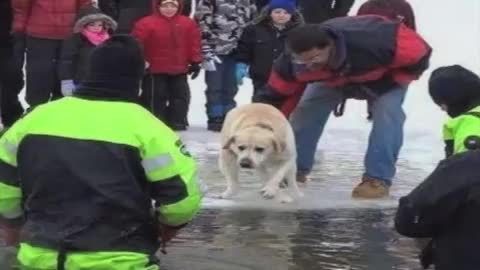 The owner of a dog seen going into the waters of Spec Pond during a weekend fundraiser will not face charges.

On Saturday, over 150 people came out to Spec Pond in Wilbraham for the Law Enforcement Torch Run Polar Plunge, which raised money for Special Olympics Massachusetts.

Someone at that event took pictures of a six-year-old Labrador retriever, identified by town officials at Lincoln. In one picture, a man appears to have his hand on Lincoln, the next shows the dog plunging in, and in a third, the dog is submerged in the water.

Many people were concerned about the dog after photos went viral, and the Town of Wilbraham released a two-page statement outlining an investigation into the incident, according to WGGB.

The investigation found that:

“Law enforcement officials also explain that there was no malicious intent to hurt Lincoln during the Polar Plunge and that the incident was not an instance of animal cruelty, as defined by state law,” according to WGGB.

I have a Lab mix named Ace, and while he doesn’t have the thick, waterproof coat of a purebred Lab, he will also jump into icy waters and has done so in Minnesota’s Lake Superior when the water temp would’ve been about 33 degrees F (thanks to this site that records the Great Lakes’ water temps).

Here are some pictures to give you an idea, from early April 2009. 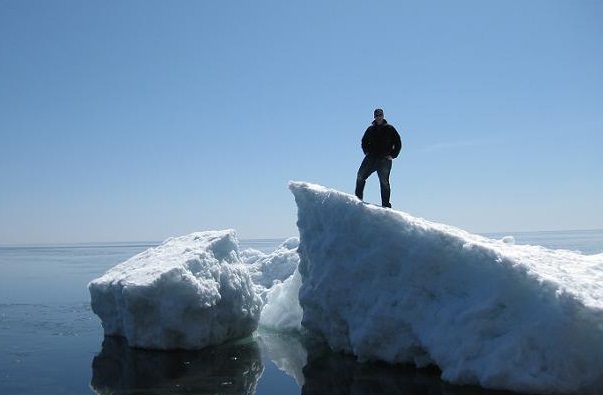 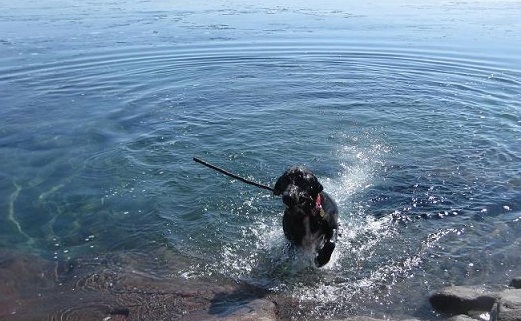 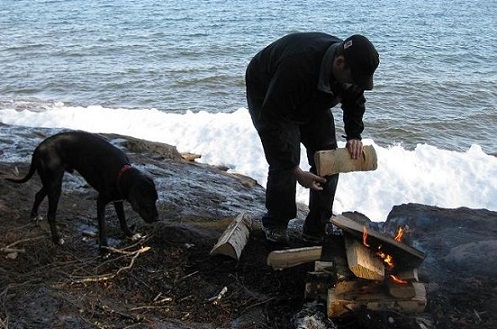 Can we relax now?

Or do you disagree? Let me know what you think.

I think it depends. This Lab was probably fine; he didn't look like he minded too much. However, I watched a Facebook video of an acquaintance tossing her 3-5 pound Yorkie into a half-frozen lake for the "Ice Bucket Challenge" and was pretty darn disgusted.

The dog willingly going into the water....fine! The dog getting pushed into the water (whether it usually goes in or not) is a bit harsh.....especially when the owner is nice and cosy in his warm jacket! However, never would I go as far as saying it is animal cruelty!

Neeko would be the first one in the water, and Faolan would soon follow. I guess I should be charged with animal abuse as well...

I think it really depends on whether the dog jumped in of its own free will or was pushed/placed in the water? He was obviously pushed here - not to say he wouldn't have gone in on his own free will - but, had it been shown that it was, then maybe there wouldn't have been so much of an uproar. I have a dog who will go into the water no matter the temperature, he enjoys it. But I wouldn't make him do it.

I think it depends on the dog. Though the Lab in the movie didn't strike me like an eager participant. And personally, I'd worry about hypothermia. But if the dog's body is trained to handle it ... in my old capital, every New Year's day, a bunch of people would go swimming in the river. There was ice floating around them. If somebody wants to do these things, more power to them. The thing to remember is that people do such things by choice, dogs should do it by choice also. If that's the case, and all health-related precautions are taken, it's nobody's business. If the dog is forced or their health is at risk, that's another story.

Yep, good points. And dogs can get hypothermia so fast, much faster than some of us realize. I've seen my dog shivering after swimming, even in the summer. He has very little body fat and a thin coat, so I have to remember not to let him swim too long and to get him dry. Same with playing in wet snow.