A police officer left two dogs in a car for several hours last week in Florida, according to news reports.

The police dogs – a bloodhound and a Belgian malinois – died in the car, which was parked at the officer’s home after his shift.

I just want to say how sad I am for the officer and his family.

This is the kind of story that makes me put my hand to my heart as I just feel so badly for the man and the dogs.

The reason I want to comment is not to tell you how dangerous cars can be for dogs. You already know this. And it is not to say terrible things about the officer, Nelson Enriquez.

Social media is already taking care of that.

I do not assume Enriquez is a monster or a piece of shit or a non-human, as the Crazies of the internet are of course calling him in the comments of every news report.

There will be more details that will come out on this story. I do not know the officer’s intentions or the details of the mistakes he did or did not make. He is pretty much absent from all news reports so far. I do not have an opinion on what should happen to him legally.

I just want to say I am sorry for the officer, his family and the police department. Whether we admit it or not, this is the kind of mistake that could happen to anyone. 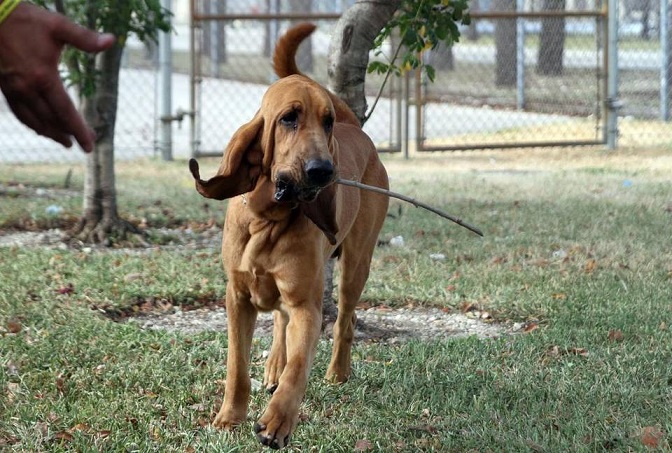 Enriquez is married and has two kids, according to the Miami Herald. He cared for both the working dogs regularly in his home after their shifts ended.

I can’t imagine how devastating this loss must be for the family as well as the entire police department.

While it’s easy to believe “I could never do such a thing,” I know this could happen to me or to any dog lover. Children are accidentally left in cars every year too.

My dog Ace tags along in the car 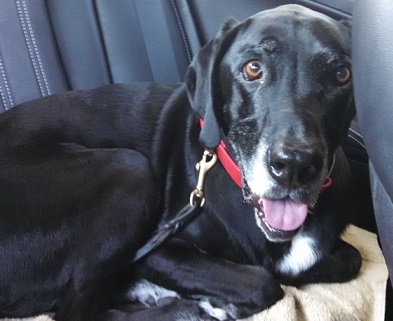 My own dog Ace, a black Labrador mix, used to tag along with me in the car for six hours a day to all my professional dog walking routes in North Dakota. The weather was usually cool (if not, I didn’t bring him).

Ace would curl up on the back seat directly behind me and sleep.

There were two or three occasions in five years where I forgot he was there.

I don’t mean my mind was focused on other things.

And once those 15 seconds passed, and I realized my best friend was there, I thought of the mothers and fathers who have forgotten their children.

I used to work at a newspaper, and one summer I had to work on a story about a mother who had forgotten her child in the car. Temperatures were in the 90s, and the child died.

Like nearly all these stories, the mother’s routine had been off that morning. Hours later, once she realized her mistake, she could not believe what she had done.

I still feel sad for that mother, when I think back. The kind of sadness that makes me feel a little sick. 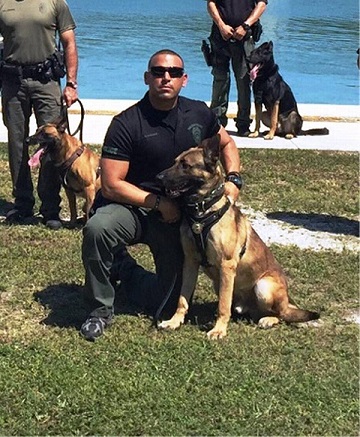 I feel the same when I think of Enriquez, a man who is now hated and called the worst names by people who say they love dogs, a man who obviously must love dogs himself if he spent years working with them professionally.

You can read the full story in the Miami Herald here.

My heart goes out to Jimmy the bloodhound, Hector the Belgian malinois as well as Officer Nelson Enriquez with the Hialeah Police Department.

What did you think when you heard of this sad incident?

*Images of Jimmy the bloodhound and Hector the malinois from the Miami Herald.

How long can a dog be in a parked car?

Do you leave your dog in the car for 10 minutes?

Is it OK to love a pet that hasn’t been abused?

It is a sad story for sure but I'm really not going to get up in arms about how he must be the worst person on Earth. It's tragic yes, but more than likely it was just a terrible mistake.

Wow - hadn't heard this story, so sad and tragic. I feel for the guy, you know it wasn't intentional.

We are in the middle of life and stuff happens. Sometimes it is truly negligence, others it is a sad tragedy that happened because of something which went terribly wrong. I highly doubt the officer meant for those dogs to die, and why he left them so long in a hot car we don't really know. The internet is wonderful, news and opinions are readily available, but there is also a lot of false news and jumping to conclusions which are bad things. Mostly we feel sad for the dogs .

Lindsey, as always, you present this story so eloquently, without finger pointing or name calling. I had not heard this yet, and am terribly saddened by it. As you said, we don't know what happened, and cannot (and I do not want to) judge Officer Enriquez.

I need to get home and hug my dogs.