How to Keep Your Dog Off the Furniture

Home » How to Keep Your Dog Off the Furniture 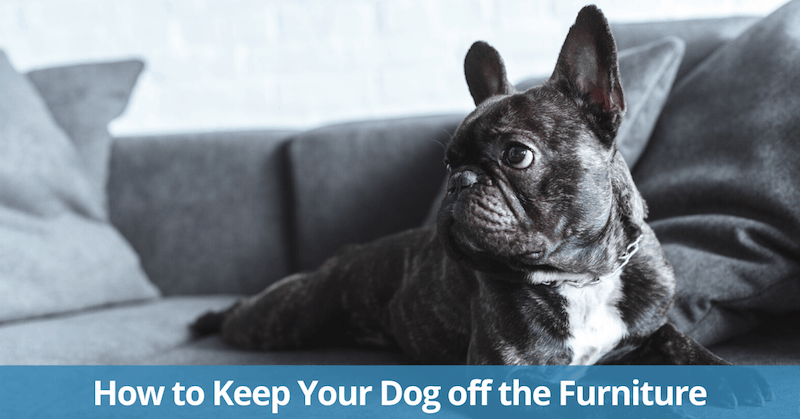 Do you allow your dog up on the furniture or is it a strict no-go in your home?

Regardless of your preference, there’s certainly no right answer to this question.

In this article, we’ll offer proactive solutions to keep your dog off the furniture, but we’ll also look at the topic from different angles. For example, That Mutt’s Lindsay and her Weimaraner Remy have different furniture rules than my Feist mix Wally and I do.

Just FYI, I’m Barbara and I write for That Mutt on a regular basis. Let’s start with what works for me and Wally as far as allowing him on the furniture is concerned.

Here’s what works for me and my dog

I personally find myself somewhere in the middle. My 38 lb, 2-year-old Feist mix Wally is allowed on my couch as long as it’s covered with doggie blankets.

That’s because I do enjoy snuggling up to him, but I’ll be honest and say that I’m not crazy about his dog hair on my furniture. That’s particularly true because my couch is made of fabric, not leather, which makes it a lot harder to remove his hair.

I’m ok with shaking out and washing his doggie blankets to get rid of his hair that’s accumulated on it. I do that about once every 7-10 days. While his blankets are in the wash, the couch is off limits and Wally respects that.

I have furniture rules for my dog

Besides no couch time when Wally’s blankets are in the wash, he only gets up there on my terms when I’m home. That means he knows to ask for my permission before joining me on the couch. His cue is “ok, Wally, get up there” while I’m patting the couch. Since he’s not crated when I leave the house, he’s allowed on the couch without my permission when he’s home alone.

Another one of my furniture rules is calm behavior on the couch. Wally knows not to run around or play on it.

There’s also no chewing any doggie toys or food items on there. When he’s on my couch, he either curls up into a ball and snoozes or he’ll quietly relax next to me.

I taught him this behavior simply by not encouraging any roughhousing when he’s on the couch. I also only offer him his doggie chews or treats when he’s in his crate, lying down on the floor or outside in the yard, but never on the couch.

I adopted Wally as a one year old pup in early 2019 and originally allowed him to sleep on my bed at night. For that purpose, I even purchased an extra large, King-size doggie blanket to cover my sheets.

However, he’s no longer allowed on my bed at night. I changed that habit several weeks ago when he began displaying jealous tendencies towards my boyfriend and claimed myself and the bed! Since he was already crate trained, my solution was to crate him at night. That’s been working beautifully for all parties involved.

Like I mentioned earlier, I do enjoy snuggling up next to Wally when I’m reading or napping on the couch. There’s just something very soothing and comforting about that proximity to my fur ball.

Reasons you might not want your dog on the furniture

It’s also perfectly understandable if you DON’T want your dog on the furniture to avoid the following:

How to keep puppies off the furniture

If you decide that you don’t want your dogs on your furniture, it’s easiest to teach them this habit when they’re puppies.

Lindsay’s now 4-year-old Weimaraner Remy has never even considered hopping onto the couch! That’s because she and her husband made the conscientious decision not to allow their dogs on any of their furniture – ever! Not even once as a tiny puppy.

As a result, they never allowed puppy Remy on there, and adult Remy doesn’t mind that rule one bit because he doesn’t know any other way. This may not work with all dogs, but it worked with Remy.

Now, that doesn’t mean that Remy doesn’t appreciate comfy surfaces! All dogs do! He has his very own soft doggie bed, and his crate is lined with comfy bedding as well.

Give your dog his own dog bed

That’s exactly what’s going to help you sell the no-furniture rule to your puppy! Give your little guy his very own comfy surface and he’ll be perfectly happy with it.

This can be a soft doggie bed and/or a crate lined with comfy doggie bedding. If you have a larger home, you could even offer him several doggie beds throughout your house.

When you’re introducing him to his own bed, you’ll want to put it somewhere close to you and make it extra appealing. Put a favorite (squeaky) toy, a high-value treat, or better yet an interactive toy that’s filled with his food or treats on his bed. He’ll start associating his bed with his edible jackpot in no time and will be looking forward to hanging out in there.

Use a similar approach when crate-training your puppy. Place it in a central location where he won’t feel left out and leave the door open in the beginning. Turn the inside of the crate into his favorite hangout spot ever with a food puzzle and a favorite toy. Praise him warmly for being such a good little puppy whenever he walks in there on his own.

See That Mutt’s article Dog and Puppy Crate Training for more information on this topic.

How to keep adopted or older dogs off the furniture

The same concept applies to keeping older and adopted dogs off the furniture. Give them their own comfy space(s) and make it worthwhile for them to want to hang out in there with a favorite toy or food puzzle.

When you can’t actively supervise, keeping them crated is one option. Remember that it’s best to exercise your dog before crating him. That way he won’t have any pent-up energy and is more likely to just settle in for a nap.

If that doesn’t work for you, block access to your furniture in other ways:

Whichever approach you use, you’ll have to stick to it so that your dog has the fair opportunity to understand what you’re asking of him.

Make sure that everyone in your home knows your doggie furniture rules as well and sticks to them. This consistency goes for your entire family including your spouse or partner, kids, grandparents, aunts and uncles, as well a family friends and dog sitters. Essentially anyone who has access to your home and dog when you’re not there to enforce the rule.

Also stick to your furniture rule whenever you’re taking your dog to other people’s homes, even if they claim not to mind dogs on their couches or beds. Your dog will be confused if he’s allowed on Aunty Lucy’s bed but not on yours. Consistency truly is key!

Is it OK to have different rules for different dogs?

Now you may wonder if it’s ok to have different furniture rules for different dogs in your family. Like what about your 8 lb Chihuahua who takes up no space on your bed at all vs. your 80 lb Lab who claims more than half of it?

We think it’s ok as long as rules are clear for all, including all dogs involved and again your family and anyone else who cares for your dogs. That’s because Chihuahuas are lap dogs and Labs are working dogs. Smaller dogs also tend to drag less dirt in your house and on your furniture than significantly larger ones do.

Let’s stick with the Chihuahua/Lab example. One rule should certainly be that your Chihuahua is not possessive of the couch or bed he’s allowed to be on. That includes not bullying your Lab who’s not allowed on the furniture.

For example, your Chihuahua should not be allowed to be on the bed and growl at your Lab for walking by. If your Chihuahua doesn’t respect the Lab and tries to bully him, he shouldn’t be given the furniture privilege either!

He should also listen when you tell him to get off and shouldn’t growl or try and bite you when you’re moving him so that you can sit on your couch or lie down in your bed.

Unfortunately, this is a fairly common problem with small dogs, so Lindsay wrote some posts about what to do:

How to stop your small dog from guarding you

Now it’s your turn! How do you keep your dog off the furniture, or is he allowed on it? Do you have any additional advice? 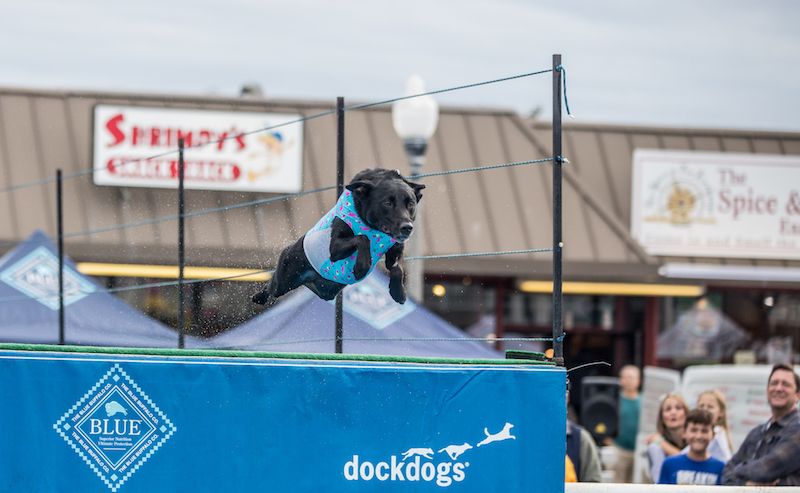 Previous
What is Dog Dock Diving? 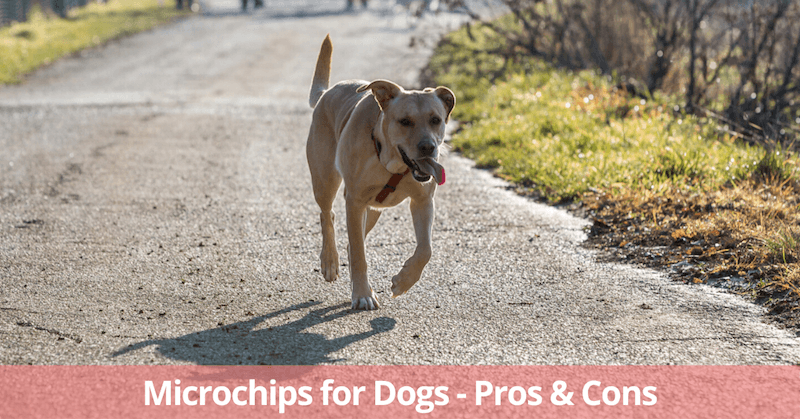 My 10 month old is allowed on the couchs to cuddle, sleep on his own or just look out the window. He is not allowed on the couches with chew toys. Those are for the floor, dog bed or crate. Problem1, he destroyed one dog bed and the other new one he just tryna to dig in obsessively so we took it away. Problem 2, he wants to be on the couch or have his toy on us while he chews on it. Problem 3, the only toy he will chew on in his crate is his filled, frozen Kong. Any suggestions? Redirection just seems to frustrate him and gets him worked up.