I was first introduced to head collars in 2012 and have been using them DAILY ever since, both on my own dogs as well as on my client dogs.

They’ve been a total game changer for me as far as walks are concerned because they turn most pullers into well-behaved pups on leash.

What is a head collar for dogs?

So yes, like I just briefly mentioned, a head collar is a gentle no-pull tool. It’s exactly what its name suggests – a collar that a dog wears around his head.

It consists of a (sometimes padded) noseband that loops around his nose and a neck strap that closes behind his ears. The ring attachment under the dog’s chin is for the leash the dog is walked on. Think of it as a doggie version of a horse halter!

Some head collars have an additional safety feature in the form of a strap that clips to the dog’s regular collar. If the neck strap opens for whatever reason, the dog can’t just take off because the leash is still attached to the regular collar.

There are several different brands of head collars. The two best known ones are Halti and Gentle Leader.

I personally prefer the Halti over the Gentle Leader because it features a wider noseband that’s padded. In my opinion, that’s a better choice because a regular, thin noseband can cause chafing on a dog’s nose and even under the eyes. A padded noseband is less likely to do this.

How does a head collar for dogs work?

The head collar helps me manage the dog I’m walking by controlling the dog’s head. When I need the dog to re-focus rather than zone in on another dog, animal, or person, I simply guide the dog’s head away from the distraction.

Because of the gentle pressure the collar applies to the dog’s neck and muzzle, their head goes into the direction I want it to take, and the body follows automatically.

It’s great to use as a tool when you’re teaching your dog polite leash walking skills and don’t want him to pull. Some people only use a head collar as a transitioning tool and stop using it when their dog has mastered the polite leashed walk.

That’s not how I use it! I personally use it on a daily basis although my pup Wally is now very well behaved on his leash. That’s because he’s one of those dogs who walk perfectly fine until they get distracted by something like a cat or a loose dog.

When that happens, he goes nuts and starts jumping around and wants to get to whatever it is that’s causing him to react this way. It’s for those moments that I choose to use the head collar every day.

I want to be in control of my dog at all times and I want to be able to redirect him from such an upsetting situation. The same concept applies to the many different client dogs I’m walking. I’m responsible for those dogs while they’re in my care, and head collars provide peace of mind for me.

Who should use a head collar for dogs?

People who can benefit from using head collars on dogs are those who don’t want dogs to pull or otherwise misbehave while they’re on a leash. In a nutshell, anyone who deals with dogs on a regular basis, like:

Anyone who handles a dog who pulls hard, lunges or jumps

Head collars prevent dogs who pull or otherwise misbehave from acting up when they’re leashed. The best example for this is one of my clients, young German Shorthaired Pointer Whiskey who pulls a bunch. Actually that’s an understatement. He pulls like a freight train, and that’s although he’s a fairly small representative of his breed.

He’s also a hunting breed, but his prey drive isn’t super strong. So that’s not what’s giving me a hard time. It’s his leash walking skills that are simply poor, and he has an excess amount of energy whenever I see him.

I’ve tried walking him on different collars to limit his pulling, but the only one that works for him is a head collar. It was a 5 minute struggle to put it on him the very first time I brought it over, but it was an immediate game changer! Now he’s used to wearing it, and his pulling is very manageable when I walk him.

That being said, head collars are also great to use on dogs who walk nicely on leash, but who have a strong prey drive that only kicks in occasionally. That would be the case with my own dog, Wally!

Wally is a Feist. That’s a squirrel hunting breed. Like I said earlier, he goes nuts whenever he sees a cat or a squirrel. Now, he’s learned to walk very nicely on a leash. That’s with or without his head collar at this point, and particularly whenever he wears his doggie backpack.

However, his strong prey drive towards small, fast moving critters is the reason why I still walk him on his head collar. It allows me to remain in control at all times and to redirect him (literally), including those when he would love to begin a chase!

Imagine you’re walking your otherwise well-behaved Viszla when he spots a cat and wants to start a high speed pursuit! Wouldn’t it be nice not to have to worry about your arm being pulled out of its socket?! It would be much harder controlling your hunting pup on a regular collar than if he wore a head collar, I guarantee that! That’s exactly what motivates me for walking Wally on a head collar.

Pros of head collars for dogs

So as I’ve began pointing out, head collars have a lot of advantages, such as:

A head collar for dogs is a very gentle way of controlling your dog when he’s leashed. It’s a wonderful tool for teaching polite leash walking skills.

It’s equally effective to manage reactive dogs, regardless of what or who they’re reacting to. This could be other dogs, people, kids, or small animals like cats, rabbits, and squirrels.

Many people don’t know how to properly use those collars and cause damage to their dog’s throat area as a consequence. That’s a lot less likely with head collars, which make them a more gentle training/walking tool.

4. Makes it easy to walk several dogs together

Head collars make it a breeze to walk several dogs together. That’s especially true if they’re big and strong, and have a tendency of pulling.

A head collar costs between $10 and $45, depending on different styles and designs. The ones with a higher price point are made of leather or have reflective stitching. Most pet retail stores carry them, and they’re also available online.

Head collars are typically available in small, medium, large, and extra large sizes. My 38 lb pup Wally wears either small or medium sized ones, depending on the individual manufacturer. My Boxer mixes Missy and Buzz weighed 50 lb and 75 lb, and they wore a medium and a large size head collar, respectively.

Of course there are a few downsides of head collars as well, although the pros outweigh the cons in my opinion:

1. Take some getting used to

Most dogs don’t enjoy wearing the head collar at first, and some will even put up a fight trying to get it off. That’s why it’s important to gently introduce it, ideally with smelly treats or food and in combination with a walk and/or a car ride. It’s equally important to keep using them so that the dog can start getting used to them.

It’s mostly annoying because those people assume the dog is dangerous. However, a head collar is nowhere close to being a muzzle because it doesn’t restrict the dog’s mouth at all. A dog who wears a head collar can still open his mouth to drink, eat, pick up toys, pant and bark!

My vet is a strong supporter of head collars and always tries her best to talk about it to anyone who has trouble walking their dogs. Last time I talked to her she mentioned how someone thought her dog was aggressive when she walked him on his head collar. So yes, it’s mostly annoying when it’s mistaken for something it’s not.

3. They can jerk the dog’s head around

If someone doesn’t know how to properly use the head collar on their dog, they can cause them pain by jerking their head around. Instead, it’s important to gently redirect the dog’s head. The body will automatically follow.

4. They’re not a good fit for some dogs

They don’t work well for short snouted, brachycephalic dog breeds like Boxers, Pugs, Bulldogs and Chihuahuas. However, my Boxer MIXES had no trouble wearing them because their snouts weren’t as short as those of a purebred Boxer.

Where I use a head collar with my own dog

The most obvious use of Wally’s head collar is when we’re out on walks or hikes. Since we walk every single day, Wally wears his head collar on a daily basis as well.

But I also use it when we bike together to ensure that he doesn’t pull me off the bike if he sees a cat or a squirrel.

Another time when I make sure that Wally wears his head collar is when we go to the vet’s or into a pet-friendly store.

Now it’s your turn! Have you used a head collar to walk your dog? Do you have any additional advice? 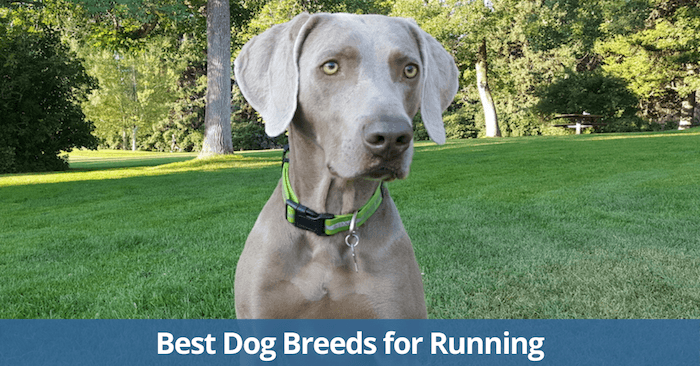 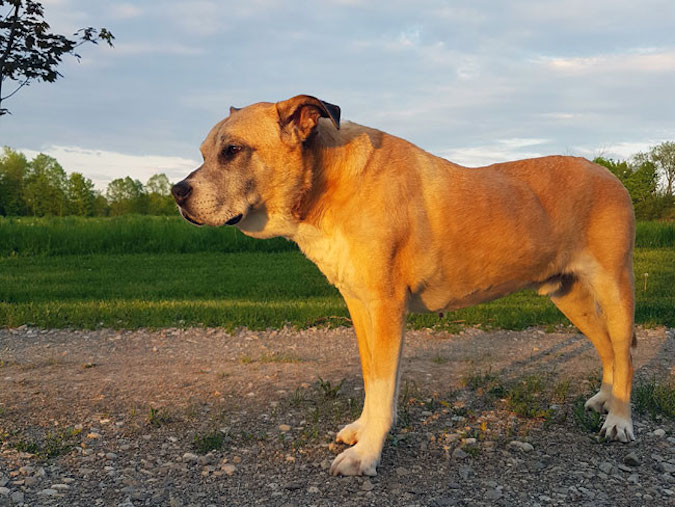 I switched over from a regular collar to a harness some years ago and it's definitely improved the quality of my dog's walks. I'm not sure he would like wearing a head collar though since he can barely tolerate getting kisses to the face.

I love the halti. Have used one for years. The new ones have a padded nose piece and an adjustable piece under their chin. This enables you to give the dog a bit more room if it’s hot and he’s panting. It’s called the Halti Optifit. It’s a game changer for a dog that pulls, or might be a bit unpredictable.

My lab/husky mix jumped out of the gentle lead. Almost lost him. Didn't work for me and yes, I put it on correctly.