Hackles on a Dog – What Does it Mean When My Dog’s Hackles Are Up?

Home » Hackles on a Dog – What Does it Mean When My Dog’s Hackles Are Up?

Hackles are that strip of hair along a dog’s back. A dog’s hackles can rise in a number of different situations: fear, anxiety, excitement, nervousness or anger.

In the early days after my dog Baxter came to live with us, I noticed that when we met other dogs, his hackles went up.

I had always heard that hackles were associated with aggression, but Baxter didn’t seem at all aggressive. In fact, he was wiggly and excited and friendly any time we encountered other dogs—although he did it with his hair in a Mohawk!

What does raised hackles mean?

You’ve probably heard the phrase “raise your hackles” and the association with “making someone angry.” However, in the context of dogs, our trainer put my mind at ease.

She compared my dog’s raised hairs on his back to human goosebumps. In looking at Baxter’s body language overall, she said he was just excited. The excitement made his fur stand up.

Alexandra Horowitz in the book Inside of a Dog describes a dog’s raised hackles not as aggression, but more generally as arousal.

“The hair between the shoulders or at the rump—the hackles—may be standing at attention, serving not just as a visual signal of arousal but also releasing the odor of the skin glands at the base of the hairs.”

For dogs, for whom scent is so important, I think the smell component is a really cool feature of hackles raising.

A dog’s raised fur for communication

It’s important to pay attention to your dog’s body language and try to learn what he’s saying if he raises the hair on his back. Your dog may be reacting in fear or aggression, so you have to be prepared to manage that situation.

For us, Baxter’s fur will go up sometimes if he hears a noise outside and feels like he needs to be on guard. Usually, he and his Mohawk go running to the dining room window and survey the farm until he’s sure there’s no danger—and then his hair relaxes again.

No, a dog’s raised hackles does not always mean aggression, although it can.

A dog’s raised hair on his back are an example of why it’s important to look at body language as a whole, and not just one particular part of your dog.

Horowitz says, “For dogs, posture can announce aggressive intent or shrinking modesty. To simply stand erect, at full height, with head and ears up, is to announce readiness to engage, and perhaps to be the prime mover in the engagement.”

When meeting other dogs, while Baxter’s fur may be up, his tail is wagging so fast his entire back end is wiggling. In looking at his ears, his face, his overall posture, I can usually assess how he feels about a particular situation.

I can also learn what Baxter is saying by looking at the other dogs around him. They aren’t hesitant to meet him or aggressive towards him. They usually return his friendliness and sniff enthusiastically.

As adapted as dogs and humans are to live together, we still communicate very differently. Figuring out what he’s feeling and thinking is a fascinating process. And it’s important to not make assumptions based on what we think we know. I love working on deepening my understanding of my dog.

Raised hackles on a puppy

Some puppies may raise their hackles, for the same reasons as adult dogs. Since puppies are still figuring out their place in the world, they may be a bit more dramatic as new things are more likely to make them excited or nervous.

Lindsay, the main blogger behind That Mutt, noticed her puppy Remy would raise his hackles every time they went to his puppy obedience class. The trainer would even comment about his mohawk, but Remy never showed any aggression. It was pure excitement and probably some anxiety.

Do cats have hackles?

Yes, cats absolutely raise their hackles when they are upset, stressed, excited or scared. I’m sure you’ve seen a cat standing with its fur all puffed up. The cat was probably hissing or growling.

A lot of animals have “hackles” along their neck and back that will raise when the animal is on alert, excited or nervous.

Do you notice your dog raise her hair on her back? When? 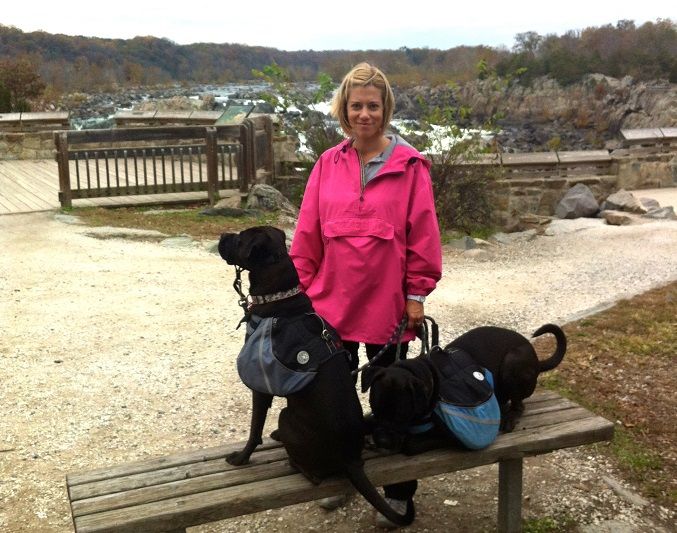 Previous
Five Questions With Barbara From the Blog K9s Over Coffee 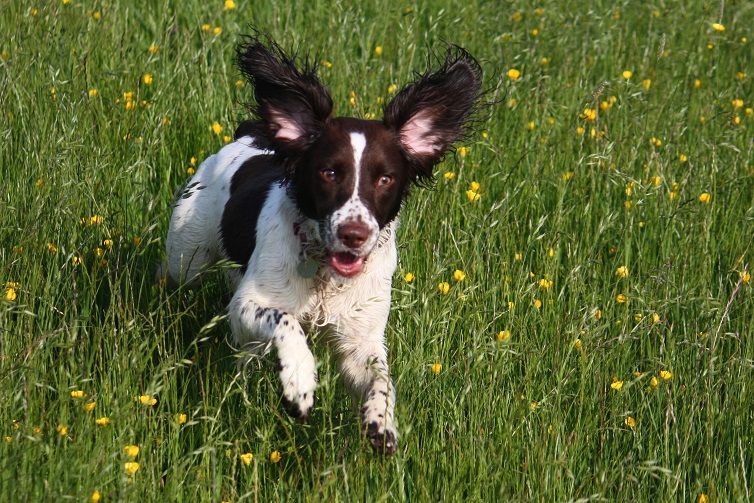 Next
Dog Exercise Ideas for Hyper Dogs (Finally Tire Him Out!)
Click here to cancel reply.

Both of my two pups fluff up. One has it going in a 4" stripe from neck thru tail. She's usually nervous when thats happening. The other does a fluff at base of neck and base of tail. Usually when excited, especially when meeting new dogs. Everything I've read about stated it was over excitement/aggression. So I'm careful when meeting new dogs for second one...... which only makes her more frantic to meet new dogs.....

Its nice to have at least one article that says not to worry!

I left the message about my Dakotah's puff ball and since then my eyes were opened to a possibilty. What I am looking for is an answer to the question; "What to use IF your dog refuses a Harness??". I messed up on the long line training cause I just didn't think correctly when I first got my "puppy" (he will be 3 in Feb). He somewhat comes to me -but- not all the time.

What I have deduced from these two+ years, is that he doesn't like the top strap on his back smashing his "hackles'. I haven't yet found a Harness that will not crush is puff ball that arises when he is aroused by play or other stuff. And believe me it is a large puff ball of fur.

Do you, or anyone else reading this have any Harness or other device suggestions??

My GSD/Husky gets a "Fluff Ball" on his shoulders when his hackles are up. I was worried about it when it was first happening until I researched on the Web and found what Lindsay stated, it can be, and usually is just some kind of innocent arousal. What I would like is to get a photo of it from the side. But I never have the camera ready when it happens. When I hit the "Big One" I'm gona hire a photographer to follow me around and get the pictures I miss. :-)

I love the "fluff ball." I also love the lifetime photographer. My wish is an audio rewind button so I can say to my husband, "No, you said this!" (or "I told you so")! :)

Great post, we got a Rhodesian Ridgeback from the shelter (we didn't know the breed at first) and his ridge stands up when he is nervous or on alert. Nice to know it vary's by breed and even individual.

I was thinking of Ridgebacks a bit as I was writing this article. I don't have much experience with them--beyond admiring their looks. It's interesting to know that there's a noticeable difference when their hackles are up versus the rest of the time. Do you ever have people assume his hackles are up all the time, even if he's not on alert?

Cooper also has pretty dramatic hackles that go up when he's defensive. Typically, they only appear when he's out in our backyard and another dog goes past our fence. We never let him greet other dogs when he's on leash, so now I'm curious as to whether or not he'd display his hackles in that scenario... Hmm...

Have you noticed if his hackles go up if he greets dogs off leash?