With three more days left in our challenge, I better get going.

Ace will now do all five commands. The problem is he only does them … sometimes. And he won’t do them all in a row. He needs a lot more work (probably another month), but at least we are off to a good start.

With the command bang, Ace will do it about 60 percent of the time. The other 40 percent, he either waits until I repeat the command (bad training on my part) or I have to just put him on his side and then he stays. He still has issues with his head popping right back up (he doesn’t want to miss what’s going on) and the tail is always wagging. Dead dogs don’t wag their tails, Ace!

Ace likes to crawl now! But he likes to keep his back end up so he can move quicker. I’ve been keeping my hand on his back to get him to crawl really low. We have a low coffee table that I should have him crawl under because that would require him to keep his butt down.

We haven’t practiced “bucket” outside with a ball in a long time, but he’s been bringing and dropping his toys in a bucket indoors. It still seems like it hasn’t fully clicked in that dog brain, though. If he understood, wouldn’t he do it right all the time?

Same goes with “go long.” He will do it sometimes. I don’t think he fully understands. Or maybe he just thinks I’m a sucker and will throw the ball when he’s just standing there right next to me. After all, that’s what I’ve done for a year and a half.

And as for roll over, I think it is finally starting to click. He does it outside now every time I ask. But inside he gets confused because that’s where we’ve practiced crawl and bang. So when I say “roll over,” he crawls. This morning, though, he rolled over on command two times in a row. That’s the first time he’s done it right indoors.

So, we’re getting somewhere, but slowly. Whatever it is you are working on with your dog, keep at it. 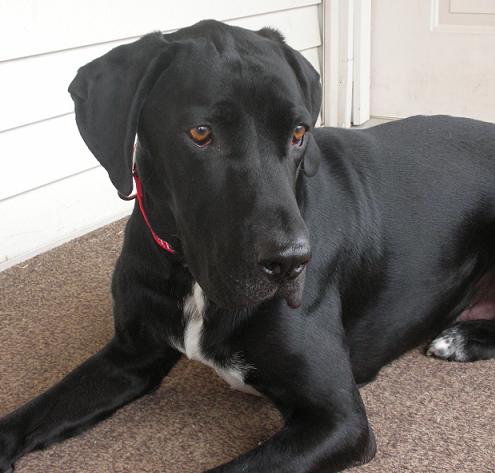