What do I know?

I know what it’s like to run 15 miles every day in all weather.

Fifteen miles is an average day. Sometimes I run (and walk) 20 miles. Sometimes five or six.

I am in the best shape of my life.

In May I ran in my first full marathon, and I was nervous about hitting the dreaded wall (the point where the marathoner literally runs out of energy). The wall generally happens around mile 20, and then it’s survival mode.

I never hit a wall. Not even close.

At the end of the race, I felt like I could run another 26 miles.

I’ll probably end up running one of those damn 50- or 100-mile races just because I feel like I should.

You know what I’ve realized? I’m a professional runner. 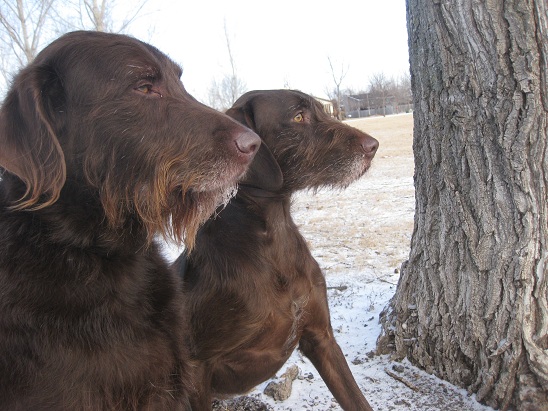 I started a small business in August of 2008 where I take people’s dogs on 30- or 60-minute running sessions. This changed my running.

Before I started my dog running business, I always wanted to complete a marathon, but I never could.

I followed a typical marathon training plan two or three times. The plan always started with daily 2- or 3-mile runs and a longer weekend run starting with 6 miles and increasing over time to about 20 miles.

This plan always kicked my ass, and I was never able to complete it without injury. I would end up with damaged hamstrings, a sore ankle or bum knees. Or all of the above. No matter how slowly I tried to build up the mileage, I always got injured.

Eventually, though, I was at least in “good enough” shape to start my business. I’m not sure I believed “Run That Mutt” would actually take off. I just had a new obsession based around running with my own dog and a few rescue dogs. If someone would pay me to run her crazy mutt, I would be in.

If you want to become a distance runner, just start slowly.

And I mean slowly.

Like, run a mile once a week for a couple months. Forget about speed.

Then build up to the point where you can run three miles at one time. Increase that over time to about six miles. Then run six miles a few times a week for an entire year before you even think about training for a marathon.

Get your body adapted to running so running itself is not such a big deal. Then shoot for 10 miles after six miles seems like nothing. Do that for a couple of months.

When I started my dog running business, I had to build up my miles slowly and that worked to my benefit. I didn’t have many customers at first so I would run three miles a day. Then four. Then a few months later I had a few more customers and I was running six miles in a day. Then eight. After a year or so I was doing 10 miles consistently and so on.

As far as marathon training is concerned, you’re better off doing less and remaining injury free than training too hard. At least you know you’ll make it to the starting line.

The finish line is not what you should be worried about at this point. Most people don’t even get to the starting line.

I still don’t think of myself as a runner. I’m pretty darn slow, actually. I run at about an 11-minute mile pace most of the time. “Serious” runners would laugh at this. They might even say that it’s not running. It’s jogging.

As far as I’m concerned, if you are not standing or crawling or walking, then you must be running. Jogging does not exist. I have never gone “jogging.” I never will.

Many of the people in my life do not view me as an athlete. They think I play with dogs all day.

I forget that what I do is impressive to most people.

I can run a marathon on a Saturday and then go back to work Monday and run another 16 miles without a problem. And then on Tuesday get up and do it again and then again on Wednesday.

Most people struggle to even run 3 miles. I forget that. I take my ability for granted.

The body’s ability to adapt to high mileage

My body has adapted so well that running 15 miles per day is basically as easy for me as it is for a couch potato not to work out at all.

People say things like, “Wow! You must be able to eat whatever you want!”

Actually, not really. Because our bodies adapt. It’s not a big deal for my body to run 15 miles per day. It’s like, if you walk a mile every day, it’s not really much of a challenge after awhile, is it? You don’t lose any weight. You maintain your weight or even gain weight.

Since I run somewhere around 15 miles every day, it is no longer a challenge.

To lose weight, I would have to mix up my exercise routine, and that seems impossible for me right now. Lift some weights. Swim. Sprint. I haven’t made this a habit, so I accept the consequences of my actions.

Adapting to the cold

Another weird thing I’ve noticed after four winters of dog running in North Dakota (this winter is my fourth) is that my body heats up really fast in the cold. Like, really fast.

No matter how cold it gets outside, I still run. My body seems to have adapted to this, and as long as I’m moving I don’t need many layers to keep warm. I’m usually hot.

If it’s 0 degress (F) outside, I might wear a single long-sleeve shirt designed for warmth and my running jacket and I’ll be warm within 15 minutes. My cut off for wearing any gloves at all is 18 degrees. If it’s above 18 degrees, it’s too hot for gloves.

I just find it fascinating how our bodies really do adapt to whatever we give them.

I know I will never have to deal with injured knees or hamstrings or ankles anymore.

Sure, I might slip and fall or trip over my own feet like any idiot, but my body has adapted well to the abuse of running.

And what about the dogs? How do they do it?

The dogs adapt, too.

Running with a dog for 30 minutes or 60 minutes really isn’t a lot of work for most dogs. When they run with me every day, they become fit, too. I wish I could find a way to take them all running together for about 15 miles at one time. It’s just not realistic because of their various speeds and temperaments and excitement levels.

If I come up with a realistic idea to allow for group runs of four or five dogs, I’ll let you know. That could really be something.

I’ve also thrown around the idea of offering longer runs for dogs, something like 13- or 15-mile runs. A 15-mile run is exactly what some dogs need. And they are very capable of running at least that distance.

The possibilities of a dog runner are endless.

Follow this link to learn how to start your own dog running business.

I’d love to hear your running stories, whether you are a seasoned runner or just getting started. Also, what are some crazy ways your body has adapted?

Here’s a picture of Ranger and Annie. They go running with me several times per week. They take their running very seriously. Both have ran more than 750 miles with me since September 2010. Annie is close to breaking 1,000 miles!