For the past week or so, I have practiced “roll over” with Ace three or four times a day for very short periods. This is the hardest of the five commands for him to pick up on. I don’t think he understands it yet because he usually just stares at me, like, huh? The only times he has done it right on his own were while we were out in the grass. This is probably because he likes to roll in the grass anyway for fun. It’s just natural.

Tomorrow I will make a point to practice “roll over” with him out in the grass. Instead of focusing on all five commands like we did today, I will just focus on roll over. My plan is to take him on a long walk and every five or ten minutes, stop in the grass and have him roll over. If he gets it right on his own, maybe I will make a big game of it and have him chase me. Ha, if anyone could see that!

The problem with roll over is Ace doesn’t seem too interested in it. He has learned “fun” commands like jump and climb in literally one or two short sessions. But with roll over, it is taking forever.

Another problem is Ace’s ball obsession. When I practice all five commands in one session, he can’t focus because a ball is involved for two of the commands. After this challenge is over, I will be working with Ace to learn to ignore a ball. It is a real problem because he can’t even respond to basic commands if he is thinking about a ball, even when I hide it in my bag. This drives me crazy, because he will not focus on me.

I’ll see how he comes along in the next week. Today was day 23 of my 30-day challenge to teach my dog five new commands: bang, crawl, roll over, go long and bucket. Click here to see my other 30-day challenge posts. 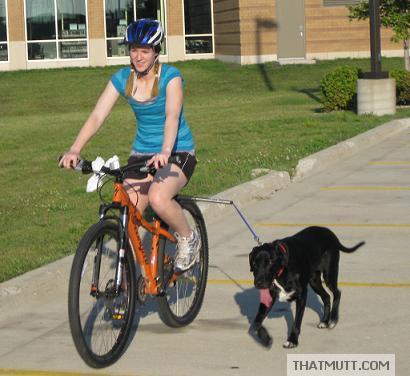 Ah yes, the ball obsession. I could hold my girl's attention for a nearly unlimited amount of time with a ball in my hand. This was a tough one to break.

ive been helping a friend train a puppy and the biggest struggle is his attention span. everything is fascinating and its so hard to impose the relevance of a specific command