I will never pay a “re-homing fee” to an individual giving up his dog.

Of course, I would pay an adoption fee to adopt a dog from a shelter, humane society, pound or rescue group, but I won’t pay an individual.

Since pets are property, everyone seems OK with the idea that dogs and cats should be sold. Apparently even a bad owner deserves $100 for realizing he doesn’t deserve his dog. Just search Craigslist or look in the newspaper classifieds for a few examples. But it’s not the price that shows irresponsibility, it’s how the person goes about selecting the next home for his dog.

My cat Scout came from an “accidental” litter, and I adopted him for free. I did not pay anything for my mutt Ace either, who was also an “accident.” I offered his original family $50, but the response I got was something like, “No, just take him.”

I was doing them a favor and saving them money for every day they did not have him. Since then, I’ve changed my mind about how I will acquire pets. 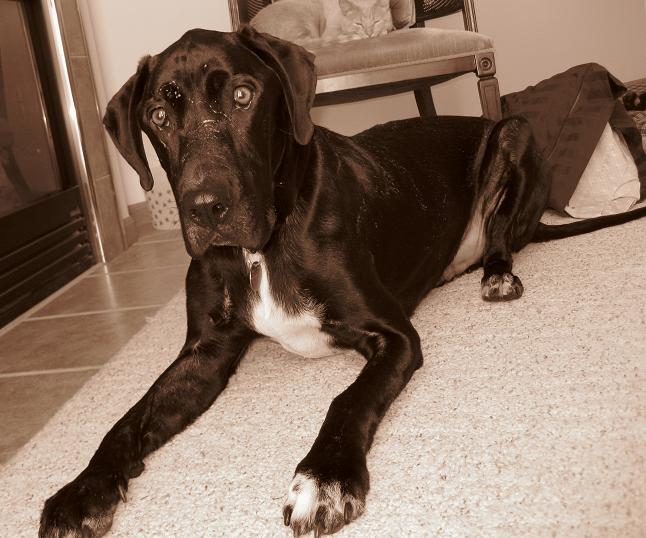 An irresponsible person doesn’t care who gets his dog. He might give the dog away for free or he might sell it. It doesn’t matter. Either way, the pet will likely go to another irresponsible person who agreed to take the pet after a fast, thoughtless decision. This only continues the cycle of dogs being recycled from home to home and eventually a pound. That’s why people say not to advertise with words like “Free to good home” or “Free dog.” When things are free, quick decisions are made.

On the other hand, a responsible person is going to take the time to select the best person for his dog. There will be questions, an interview process, maybe even a home visit, a follow-up and plenty of time to think. Whether the next owner pays for the dog or not doesn’t really matter. What matters is the dog will get a good home.

I will never pay someone for a puppy or dog they no longer want.

1. If someone has an adult dog he can’t afford or doesn’t have time for, then he should be paying me to take the dog off his hands.

2. If someone has a litter of mixed-breed or purebred puppies from an “accidental” litter, I’m not going to encourage irresponsibility by paying for one of those pups.

There are too many people out there who refuse to have their pets spayed or neutered. Instead, they profit from “accidental” litters by selling the pups. Most people will pay at least $100 for a puppy, no matter what kind of mutt it is. In a state like North Dakota where dogs run loose in rural areas, “accidental” litters happen all the time.

There will always be exceptions to this. For example, I might pay someone for his dog if I had no other way to get the dog out of an abusive home. Or if for some reason I was dead set on a certain mutt, I would probably pay for him. And I can’t say I will never buy a dog from a breeder either. My boyfriend has his heart set on greater Swiss mountain dogs. With rare breeds, there aren’t many to rescue. Does that mean we shouldn’t buy one?

For more information, see my post on where to get a dog.

Have you paid or charged a re-homing fee for a dog? Why or why not?

I think it is the attitude so many people seem to have that not spaying a dog is "irresponsible" that leads to people selling (and being able to sell) their unwanted dogs and accidental puppies.

There are a lot of people (like me) who really want a puppy and would provide a great home...but can't afford to lay out $600 - $1000 for an accidental mutt (yes, that is really what they are being sold for around here).

Before all of the "responsibility" people chimed in, people who wanted a pure bred / papered dog paid that kind of money. People who just wanted a good companion got a free (or very cheap) puppy from a neighborhood kid.

Oh yea, these free puppies were also healthy! Not like some of the puppy mills that interbreed and don't care about long-term health of the dogs they produce...then sell for unbelievable prices.

Let's get some responsibility going again by encouraging people to let nature take its course, creating good "accidents" that will add to the diversity and overall health of pets. And will make them affordable again to people who what to give those pets a good home.

That should have been "inbreed"

you're assistance will be highly appreciated

Oh, did I happen to mention that I only 2 days left to find him a home?! Then I won't have a choice but to lie to my daughter and take him to the only shelter within 100 miles of us that WILL take him, a kill shelter. We know the outcome of that....

What part of the country do you live in? If you do take him to that kill shelter, do all you can to label him anything but a pit bull. Call him a lab mix or a lab-boxer mix. Could you find someone to temporarily foster him?

I've quickly gone into a mire and haven't worked my way out yet. I have a large family and due to financial straits, have to move into a small apartment that won't allow us to bring our DJ due to his size and breed. I've exhausted all avenues trying to find him a home within our family/friend circle and then some. We've been trying for over a month (since we found out what was going to happen) to get him secured but no luck at all. I cannot offer money or anything other than his cute little self. DJ's an 8 mth old brindle Pitt/Black Lab mix. He's been neutered and is up to date on all vaccinations & deworming. He's extremely loving and playful, has never had a moment of agression, has been raised with a B&T Coonhound (who we were able to find a home for through rescue), sleeps every night with my 11 yr. old daugther (he's her baby!), fully potty trained and accepts the crate for up to 10 hours (so long as you give him a good run when you let him out!!!) and interacts with our family, friends, neighbors and strangers without issue. He will bark at a stranger but that is all. His only negative that I can possibly think of is his fascination with chewing (and no doggie toys don't do the trick). He's all about chewing wood (I hear that's a pitt thing) and shoes. So we make sure shoes are put up and he has his own special old shoes supply. He's used to being outside while we are at work and being with us from the time we come home until we leave in the morning (uncrated). The only time he gets crated is when we somewhere overnight that has an abundance of wood furniture...