There is a male pit bull terrier in one of the Fargo-area pounds scheduled to be euthanized soon if no one saves him today (Tuesday). 02/25/09 edit: The pitbull was saved and has a foster home lined up!

The fact that this dog is a pitbull means his chances of being rescued are slim even though he has done well around other dogs and is a manageable 40 pounds.

With my close connections with dog rescue groups, I become aware of dogs like this pitbull often, and it’s difficult to say no. I can’t save them all. Most weeks I don’t save any.

Most people feel the same way as me – life is too hectic to save a dog right now. What if he’s aggressive? What if he’s not housebroken? What if he barks when I’m gone? What will I do with him this weekend?

We can’t save every dog, but we can all do something. If you’ve considered fostering a dog before, now is the time to do it. This pitbull and so many others like him are waiting to be rescued. Maybe you can make a difference and save a life this year.

Below is Jesse, an American pit bull terrier who is waiting for a forever home. He was lucky enough to be pulled from the pound before he was euthanized. For more information about Jesse, check out his profile with 4 Luv of Dog Rescue. Edit: Jesse has been adopted! 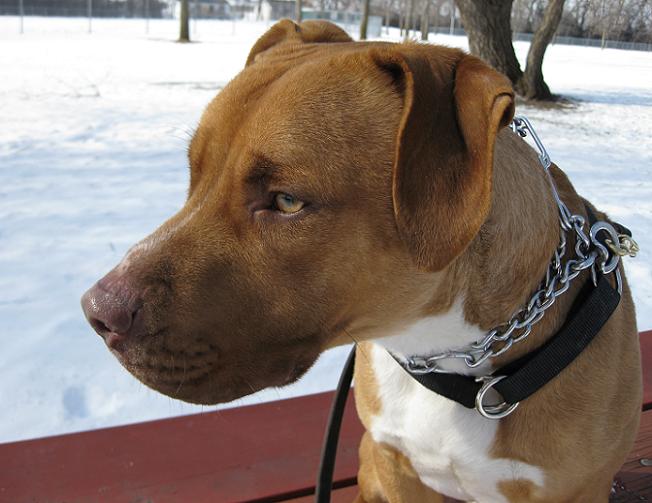 He was saved, and the dog in the photo recently went to a new home.

he is sooooo cute! he looks JUST like my dog stryker i hope he makes it...

Lindsay, Dutch came from the pound in Brookings, South Dakota. The pound kept him for 2 weeks (which is much longer than required) as they kept hoping his family would come for him. They were notified but they never came. I coordinated with the Brookings Humane Society, who was too full to take him, to have him pulled and they found a volunteer to drive him to Watertown where I picked him up.

Dogs in need of adoption makes me think of Sheba's breeders in Sweden. They were really selective and didn't let people choose a puppy, but chose the right one for the right family. Sheba and her eleven siblings now have their own blog, and the more I hear about the other siblings, the more I know that Sheba was the right dog for me. It's not only about the breed, it's about the personality. I can definitively relate to Patti's reflection on being closer to her rescued dog than the other one. Some of my favourite dogs - whom I loved and who loved me more than words can tell - were street dogs, "belonging" to other households. I learned then that dogs who've had a tough life can bond with you like no other. It's amazing the link you get when the bond is right.

Yeah I saw he was saved on the 4 luv of dog website. We were tempted to say we would foster him. But with 2 new additions under the age of 8 months we are pretty busy right now. We'll be ready in about 6 months.