Here are the best outdoor dog photos you submitted for week three. If you haven’t had a chance to submit any photos yet, you still have one more week. Send your outdoor dog photos to Lindsay@thatmutt.com, and I will publish them next Sunday.

These are some really great photos! I am impressed! It’s fun to see all different kinds of dogs outside having a great time. Thank you to everyone who has participated in the contest so far.

Take a look at the photos: 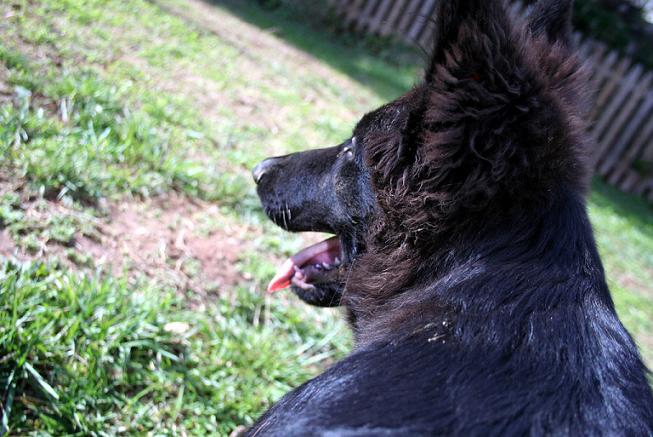 Pruett (6 months) is owned by Christina Solomon. They live in Durham, N.C. Pruett and his sister Daphne have their own blog, GSD Adventures. 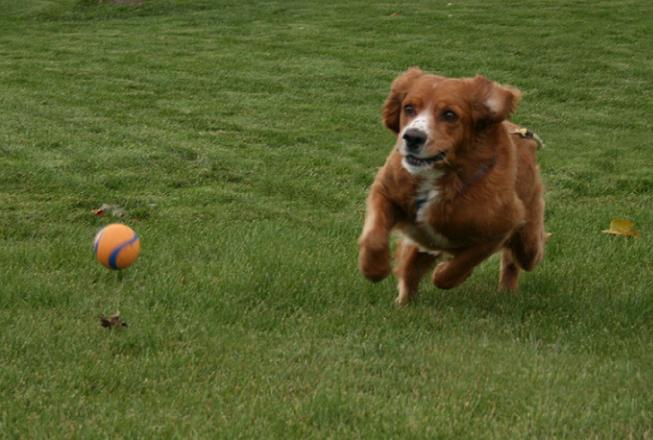 Patti Struchynski of Fargo considers Dutch (eight) to be obsessed with tennis balls. When she first got him he would lie with the ball between his front paws and continuously lick it for hours if she didn’t stop him. His prior home probably left him alone with a tennis ball to keep him occupied. 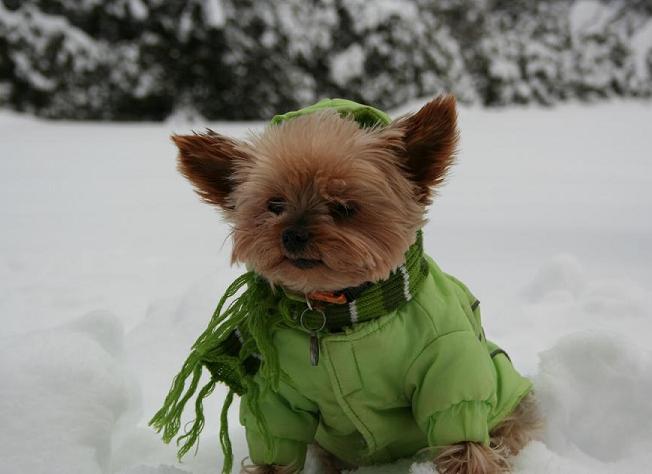 Munchy was going to be put down but was adopted by Kim Novash of Quebec, Canada. Kim said Munchy has a lot of courage for such a small body and thinks like a big dog. Check out the pet site Kim contributes to. 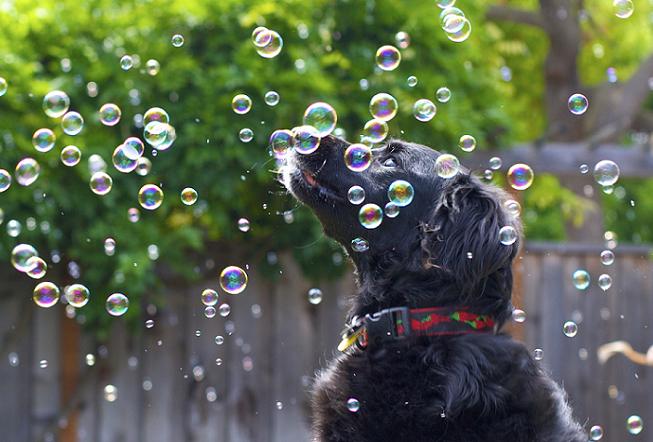 Ms. Ruby One White Paw spends most of the day pretending to be a cat. She sleeps in a cat-like ball and catches mice. She lives in San Jose, Calif., with her owner B. Bum. 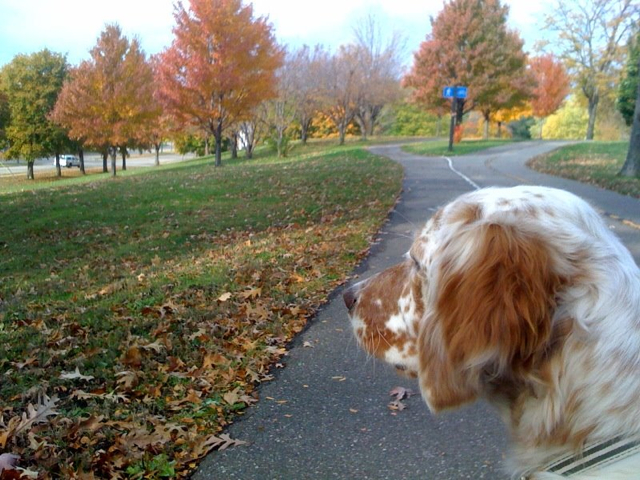 Fresca (11 months) was adopted by Stephanie Lightner from a Minnesota humane society. They live in Minneapolis. Fresca has her own blog. 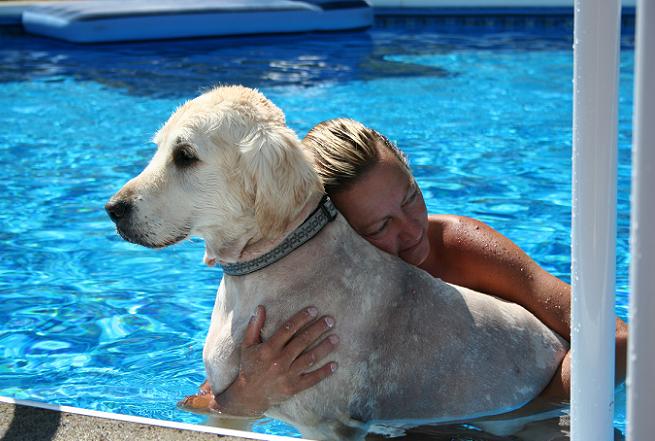 Ben (10) was adopted by Kim Novash from a golden rescue in June 2008. They live in Quebec, Canada. 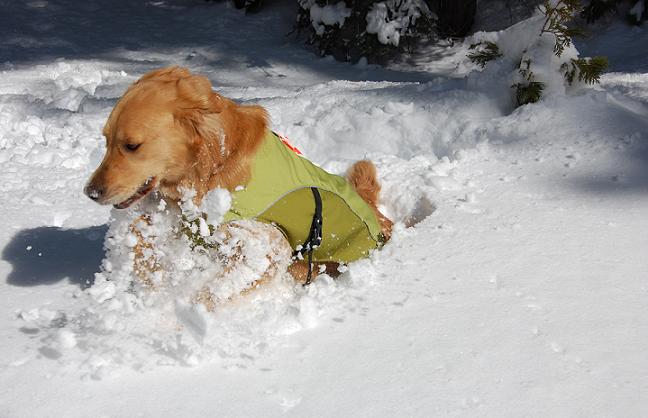 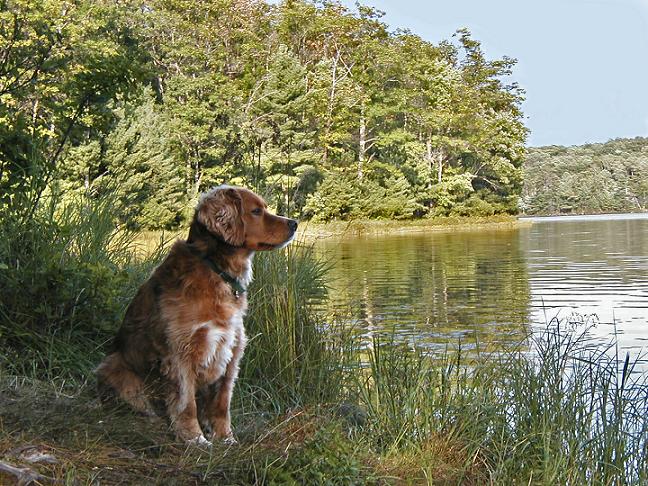 Jake (eight) lives in Fargo with his owner Patti Struchynski. You can’t see the ducks in this picture, but Jake is intensely watching them. Patti took this photo at a campsite in northwest Wisconsin in 2003.

This city boy, Gus (4), is owned by Apryl DeLancey. Apryl writes the blog Women Like Sports. She and Gus live in Los Angeles. 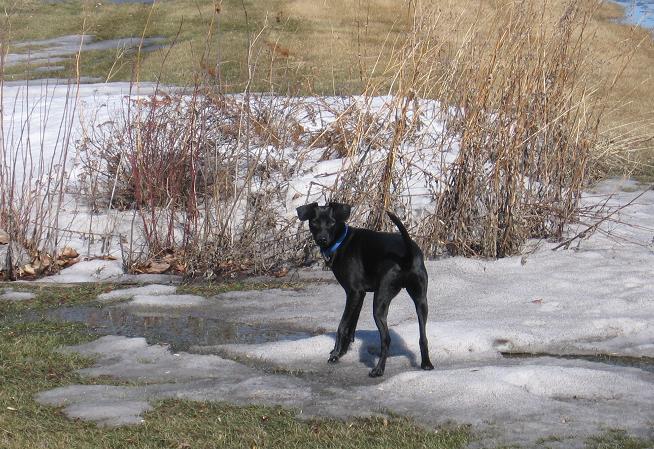 Bruno (8 months) lives with Shane Tommerdahl in the Fargo-Moorhead area. Bruno likes to have his picture taken! 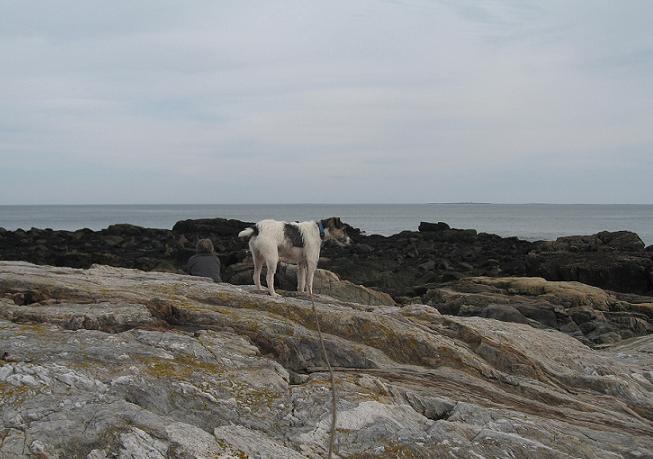 Stewie (6) and his owner Nancy Hoffman write about agility on their blog. 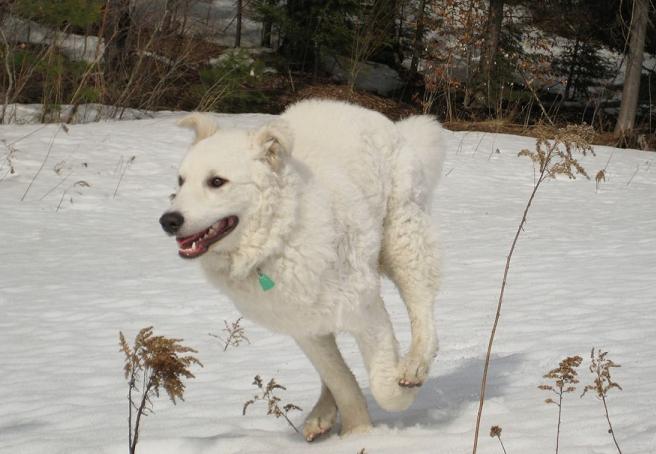 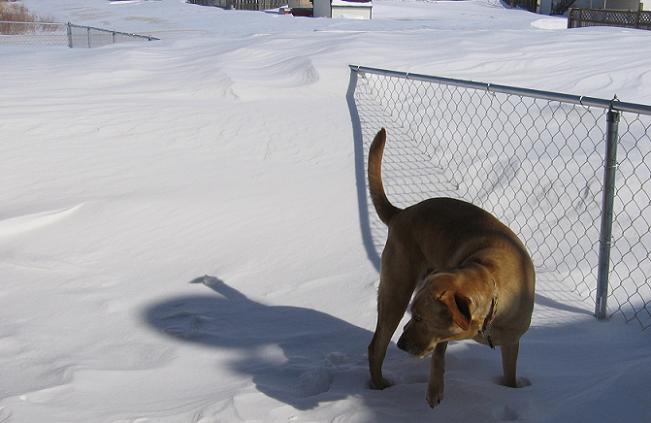 Marty (2) lives in Fargo with his owner Kari. In this photo, Marty is exploring the aftermath of a recent blizzard. Notice the snow is over the 4-foot-high fence. Marty has his own blog, Hip Pup. 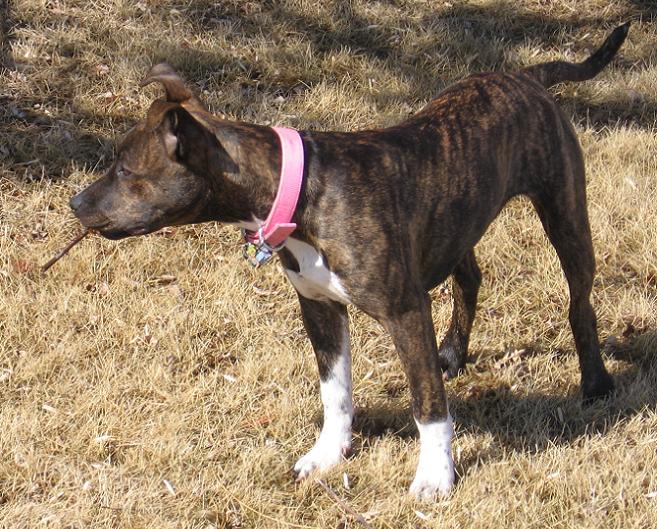 Ruby (4 months) lives in the Fargo-Moorhead area with her owner Shane Tommerdahl and her brother Bruno.

Spencer Tracy the border collie and Pepper the mutt 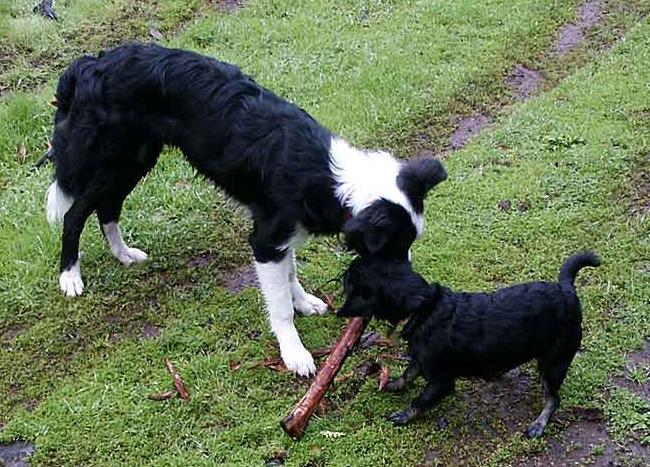 Pepper (5) is a Scottie mix. She is owned by Bonnie Story. In this photo, Pepper is negotiating with her friend in Glen Ellen, Calif. Pepper has her own blog, SonomaDoggyBloggy. 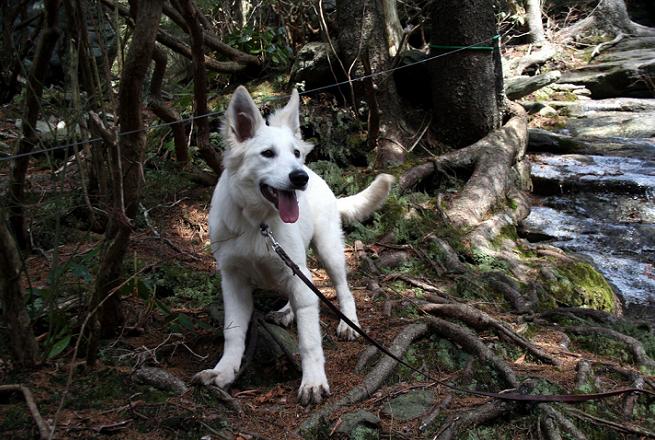 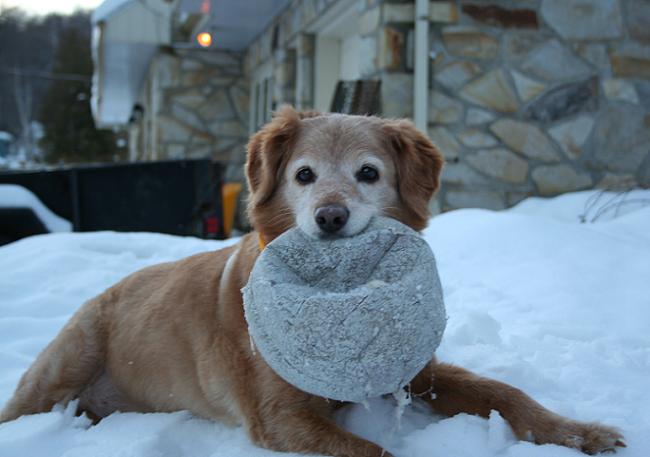 Chicken (13) lives in Quebec, Canada, with her owner Kim Novash. Chicken plays like a 2-year-old and has gone camping in the mountains all her life. 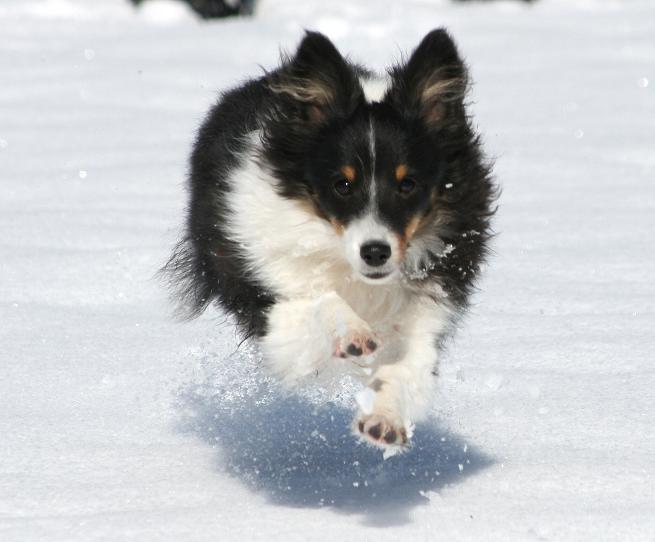 Layla (6 months) is owned by Marie Lister of Utah who maintains the blog Resq Tails. 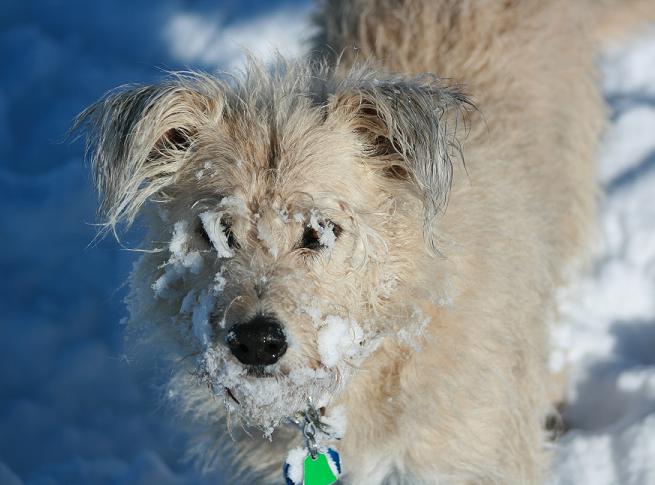 Marie also owns Penny (11). Besides Penny and Layla, Marie has four other Shelties and one other mixed breed. 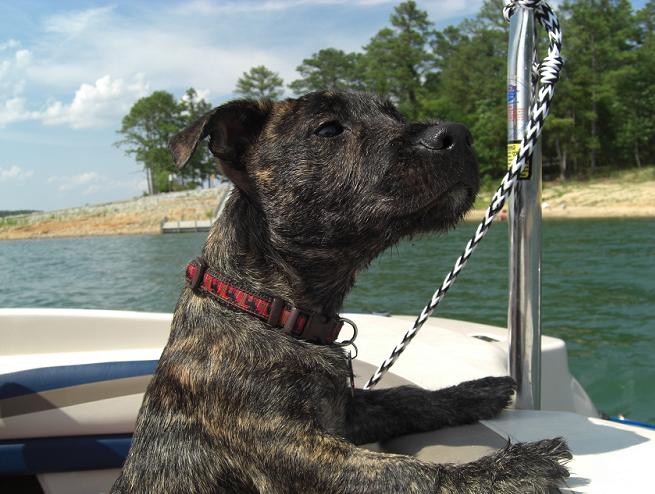 Moose is a mixed breed owned by Matt Shehan. They live in Yulee, Fla.

If you would like to submit your outdoor dog photos for next week, send them to Lindsay@thatmutt.com.

I also don't know how you can possibly choose! Munchy and Chicken and so many more in weeks one and two are so fabulous! Love to look at these pix!

Oh, Munchy is soooo cute in the little snow outfit! Penny, Biggie, and Layla are great too. Oh but, gosh, they really are all great! I love this new feature you have. I would love to see dog pictures as a regular feature continuing.

How can you pick Lindsay, they are all gorgeous. Although the bubbles are cute, I loved the one of Ben