Do you give your dogs “time-outs”?

I give my mutt Ace “time-outs” all the time when he needs to chill out. A time out could mean lying on his bed for a few minutes, lying in his kennel or taking a break from playing fetch.

“Time-outs” can be effective for dog training if they are used to help the dog relax. All dogs should learn to quickly relax in any situation. A goal I always shoot for is to have my dog lie down, relax and stay for 20 minutes in any situation.

Threatening a dog with a time-out does not work. Dogs are not kids, and they are not capable of making the connection between their behavior and being punished with a time-out.

When shouldn’t I give my dog a time-out?

A dog will not think, “If I bark at the cat I will get a time-out, so I better be good!”

Dogs need to be corrected immediately as they are doing something “bad” such as barking or drinking from the toilet. The correction should be short – a simple “No!” or a pop on the dog’s leash is it.

A dog should never be given a time out when his owner is angry.

It’s also a bad idea to send a dog to his kennel if he is in an excited state of mind. A kennel should represent relaxation and safety.

If you put your dog in his kennel after he’s wound up over something, he will likely remain in that hyper state of mind and bark or try to get out when he is normally good in his kennel. This happens to Ace all the time if he’s been playing and then I put him in his kennel without calming him down first.

If a dog has been barking wildly at a cat and then gets scooped up and tossed in his kennel by an angry owner, the dog will still be in that excited state of mind and will continue panting, crying and looking for the cat from within his kennel.

If the dog is barking at the cat and the owner re-directs the dog’s attention, rewards him for being calm and then puts him in the kennel for some down time, the dog will be OK with taking a short break.

When should I give my dog a time-out?

There’s nothing wrong with using time-outs to help a dog relax as long as the time-out is not used as a punishment.

When I’m playing catch with Josh or one of my brothers, Ace usually runs around like a maniac between us chasing the ball. If I don’t give him time-outs, he will literally run himself sick. So every five minutes or so, I put him in a down-stay and make him take a breather. He is not being punished, he is just taking a break. I don’t do a very good job with getting my ball-obsessed dog to relax, but at least I get him to stay for a few minutes.

It’s never a bad idea to use time-outs during any kind of exciting activity such as trips to the dog park or agility. A time-out could mean telling the dog to lie down and stay for five minutes while he gets treats and attention for being calm. Then he can go back to playing.

If your dog is driving you nuts at home and you need a break from him, there’s nothing wrong with putting him in his kennel for an hour. Even though you see it as a “punishment” because the dog is annoying you, just make sure the dog sees it as an OK place to chill out for a while. Just like when you are first kennel training your dog, continue stocking it full of goodies such as rawhides or Kongs filled with peanut butter.

When I’m fostering a new dog and all animals and humans in the house are a little stressed, I will often put both dogs in their kennels for some quiet time so the cats, Josh and I can enjoy some peace and quiet. Ace literally dives into his kennel because he knows there’s a chance he’ll get a treat. In his opinion, it’s totally worth it to spend an hour in his kennel in exchange for a tiny piece of jerky. Lucky for him, the reward is often something much better.

Just remember that time-outs do not work to punish a dog for bad behavior. Instead, they help reinforce a dog’s good behavior.

When do time-outs come in handy for your dog?

Happy Easter everyone! Make sure to watch out for all those creepy Easter bunnies out wandering around. 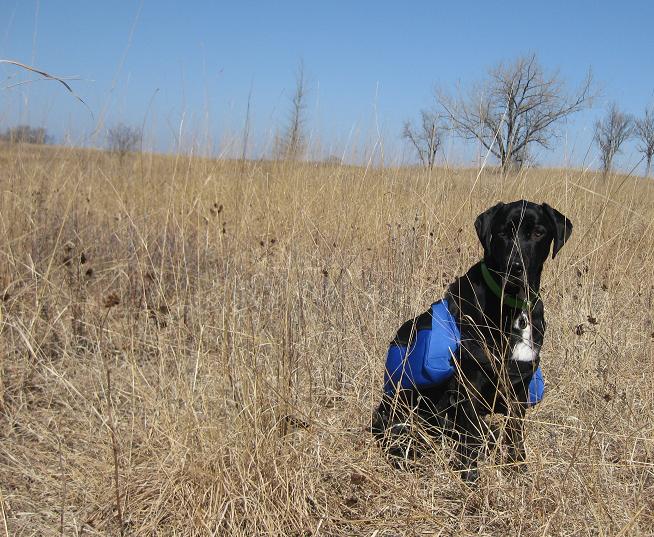 Previous
How to Break a Dog's Possessiveness
Next
Dog knee injuries
Click here to cancel reply.

Is it wrong I kind of stand in the middle of both schools of thought (enforcing good behavior versus punishment). I use time outs to correct bad behavior when nothing else has worked (redirection, clicker training, etc...). It doesn't work for all dogs (just like anything else), but for certain ones it can. We do it immediately, keep it brief (1-3 minutes) and calm. It's working very well for a new dog we adopted a month ago who tends to bark a lot at the windows. Of course, we are doing other things to work on the behavior too (more exercise, positive training, etc...), but nothing seemed to consistantly work until we started doing time outs. It seemed to be a gentle way to communicate to him that barking nonstop at anything he saw outside the window is not socially acceptable in our home.

This was a good re-read, especially after the "desk incident" the other day.

But also, we need to do these kinds of time-outs more often, since Tarski's been having trouble calming down during training session and such.

They are a good way to teach a dog some self-control.

I agree with you, Marie, it's always good for the dog to still be able to respond to commands while playing!

I guess I've never thought of it as a time out really, but we do something like what you mentioned about playing catch around Ace. For us, it's ideal to be able to play fetch or tug as a reward when training, but it's important that the dog can still think and respond to requests like to "give" the toy, or to "sit" or "down" before we resume play. So, I guess in a way, that's a short time out.

Lindsay, that's a beautiful picture of Ace! Thanks for another "so true" post. Yours, Christina