Adopting for the right reason

I have been stalking one particular dog online for about two years now.

Most dog lovers have their eyes on a certain rescue dog that for whatever reason they really, really want to adopt. Usually the deterrent is another family member, but it could also be a lease agreement or perhaps the dynamics of the current animals in the house.

I’ve always wanted to adopt a German shepherd mix named Sasha. She has been featured on my blog many times – here, here, here and here are just a few 🙂 She is one cool dog still waiting to be adopted since the day I met her in July 2008.

But the fact that I want to adopt Sasha is not the point of this post. I’m writing this because I’ve finally let go of my obsession with adding this particular second dog to our home. It’s actually a bit of a relief for me to admit this. 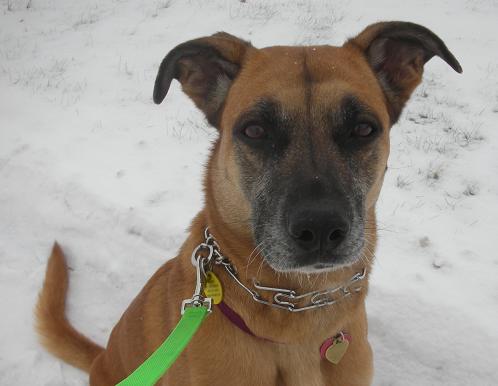 But dogs? They are all about invading my personal space. They want to be friends instantly, and most of them are very pushy about it!

The people in my life pretend they don’t need to be taken care of, and I do the same. But dogs? They are very, very needy. I really do need to take care of someone in order to feel special. Dogs give me this opportunity every single day.

And of course, dogs provide us with unconditional love. Sometimes I tell Ace, “Get over here and meet my emotional needs.” Then he places himself in front of me and waits for a big hug. What a good boy 🙂

This dog is meant to be mine!

We humans have the tendency to fall in love with an animal based on its picture. Maybe the dog reminds us of a previous or current dog. Maybe the dog has a certain look on its face.

Once we’re emotionally attached to a dog, it’s easy to forget about the other, slightly more important details such as the dog’s energy, age, personality, tolerance of other animals and level of training. We tend to set ourselves up for extra stress right along with our family members, pets and the new dog.

In his book “A Dog Year,” Jon Katz writes about how he goes to pick up a rescued border collie from the airport. Even though he’d agreed to adopt the dog, he specifically asked not to see its picture first. He didn’t want to make an adoption decision based on looks. That would be a bad reason, he said, to get a dog.

But people adopt dogs based on looks all the time.

Humans also have the ability to attach specific events to a particular animal and draw outlandish conclusions that this dog is meant to be theirs.

Sasha was officially the first dog I took on a running session after I started my dog running business, Run That Mutt. This is what lead to my emotional attachment. On top of that, she was a rescue dog desperately in need of exercise and attention. She was very needy.

Over the next year and a half, I took Sasha on many, many runnings sessions. I took her to obedience classes and adoption events. There was lots of time for car rides and walks. Lots of time for bonding. She even spent an afternoon hanging out with Ace, and they got along great despite Sasha’s supposed dog-aggression issues.

Sasha was adopted and returned at least four times, further reinforcing the idea in my head that she was meant to be my dog. If no one wanted her, if no one could train her, perhaps I could.

What are the wrong reasons to adopt another dog? 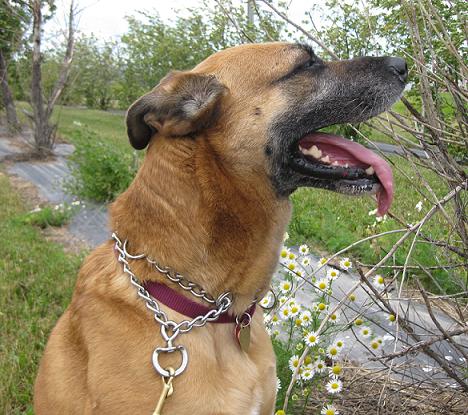 Foster owners are faced with the temptation to adopt their foster dogs simply because it’s been more than a year and no one seems to want the dogs. I’d say that’s a bad reason to get an animal.

Dog lovers, and especially those of us highly involved in rescue, need to ask ourselves why we want a second (or third, or fourth …) dog. If it’s to temporarily fill some kind of emotional need, then we probably shouldn’t be adopting that dog.

It gives us emotional satisfaction to rescue an animal no one else wants. This is why I want to adopt Sasha, and it’s the same reason people want to adopt dogs with some kind of horrible, abusive past.

I worked at the information table at 4 Luv of Dog Rescue’s silent auction in October. People came up to me asking for more info on the puppies recently pulled from a Western North Dakota puppy mill. The rescue had a binder with pictures of each dog up for adoption, and people kept asking, “Is this one from the puppy mill? How about this one?”

They wanted a puppy mill dog or no dog at all!

What are the right reasons to adopt another dog?

Maybe you can tell me?

I have a hard time distinguishing my own feelings between wanting a dog for the right reasons and wanting a dog for the wrong reasons. I am not one of those people who falls in love with every dog she sees. Sasha is the only dog I’ve seriously considered adopting, and I work with rescue dogs constantly. I am very realistic and realize that no matter what, there will always be more dogs to rescue. There will always be dogs stuck in the pounds.

Perhaps the biggest red flag for me is that I am only interested in adopting Sasha when there are dozens of more suitable dogs for my current lifestyle. I am not much different than the people who come flocking to adopt the latest shelter dog with a media story attached to it (think, the “Vick dogs” or the “Katrina dogs” or more locally, Star the shepherd mix who had her throat slit).

For me, the right reason to adopt another dog is because all family members are on board to open up our love to another living creature. It’s another chance to grow, challenge ourselves and have fun. It’s a chance to bring ourselves and our other animals more companionship.

A few years down the road, maybe Josh and I will be ready to adopt a second dog similar to Sasha.

Who knows, maybe the right dog will come along sooner than I think.

Tell me about the rescue dog you’re currently “stocking.” Leave a link in the comments if you’d like.

If you are interested in adopting Sasha, fill out an application with 4 Luv of Dog Rescue. Maybe 2011 will be her year. 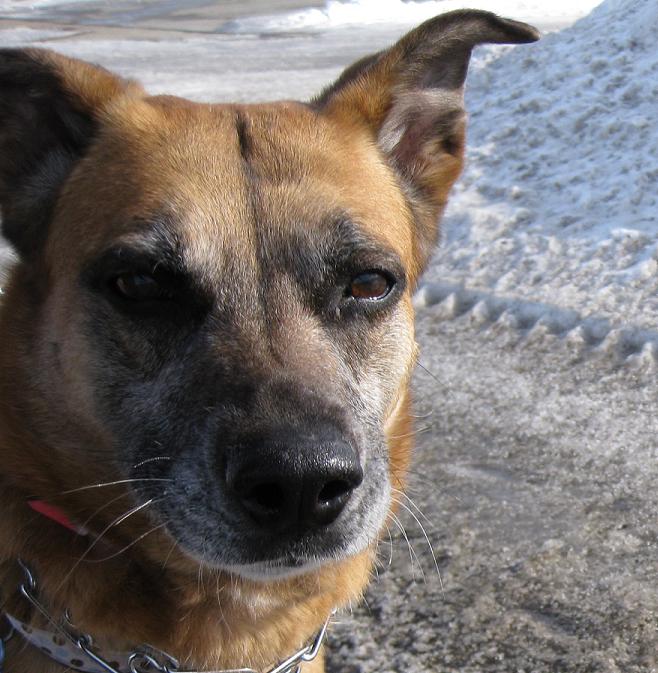 58 thoughts on “Adopting a second dog”