When I mentioned my former foster dog Cosmo was doing well with his new owner, someone suggested I should’ve used the word “guardian” instead of “owner.”

Perhaps someday I will call myself a pet “guardian.” Not today.

I am very aware of the words I use to describe my relationships with my pets. I’ve used the term “foster mom” and “dog mom,” and I do so lightheartedly.

I do not really believe Ace is my child; I don’t want him to be. I do not believe my parents are his “grandparents” even though we use the term for fun.

These kinds of beliefs deprive Ace of his dog-hood. He is not a human, he is a dog. He knows he’s a dog, and he’s happy being a dog!

My cats are an even better example.

I love my cats very much, and one of the things I love about them is their wildness. They don’t depend on me, at least not as much as I’d like to think. Most cats could survive just fine without people. 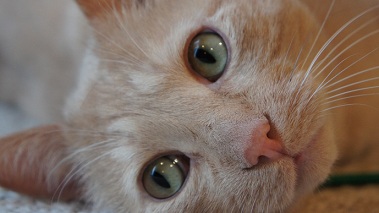 Beamer is a survivor. Pure animal.

When I need a reality check, I look to him.

Beamer doesn’t need me. I am not his guardian. If he could comprehend that statement, he would probably weave around my ankles politely and say, “Oh, you poor human. It’s OK.”

When Beamer was allowed outside, he caught and killed all kinds of small animals – bunnies, mice, moles, birds. He would be gone for days, even in January. We figured he slept in window wells, under vehicles or whored his way into other homes.

We live in an area now where our cats need to be indoors or closely supervised outside. I guess we are being their “guardians” in that sense.

I know Beamer was much happier when he was allowed to roam. He was free to hunt and run and climb and have sex and scratch and kill. I look forward to the day when we move to the country so my cats can be outside again. I hope this happens sooner rather than later.

My mutt Ace, on the other hand, is very much dependent on me. Maybe that’s why people believe they are guardians of their dogs. The love I feel for Ace is different than the love I have for my cats, and I think it’s because of this dependence on me. In that sense, I am like his guardian.

In another sense, though, Ace is my guardian.

When Josh, Ace and I are out backpacking, Ace will keep us both in sight, even if we separate. If Josh is setting up a tent and I am off gathering wood or taking photos, Ace will sit somewhere in the middle, watching us. If trees block his view he will travel back and forth between us. I like to think he’s watching out for his pack, but I don’t know what he’s really doing.

It doesn’t happen often, but every now and then when we are out late at night or early in the dark mornings, Ace will spy or smell a shadowy figure and growl. Maybe he’s scared. Maybe he’s protecting me. Maybe he’s only protecting himself. I don’t know.

Would Ace fight for me? I don’t know. Would I fight for him? I already do.

I will continue to do everything I can for this dog for the rest of his life. He is in many ways my best friend. He reads me like no one else can. He predicts my movements, senses my frustrations, seems to read my mind.

Maybe part of my problem with the term “pet guardian” is that Ace is better than that. I am not his guardian. We are partners in crime.

Legally, what is a pet guardian?

Used as a legal term, “pet guardian” is an attempt to change society’s relationship with companion animals. The idea is we shouldn’t own another living creature. That all sounds nice, but legally it’s not so simple. What it really does is remove the rights of pet owners.

As a pet owner, I have the freedom to decide what is best for my pets. As a pet guardian that freedom is taken away. Choices are made for me.

A pet “guardian” is required to act in the “best” interest of an animal according to a court system. So if someone decides you are not acting in the best interest of your pet, you will be forced to act accordingly.

Think these situations will never apply to you? I wouldn’t be so sure.

As someone who works in the pet industry as a pet sitter and dog walker, these examples are scary. If pet owners are no longer owners but “guardians” I can only imagine what my insurance costs will be. I can only imagine the lawsuits that vets, boarding kennels and groomers could potentially face. Costs will go up for everyone, and there will no longer be such a wide variety of pet services. It will be too much of a risk for business owners.

I understand where people are going with the whole “guardian” concept. I’m just not sure I want to be a part of it.

I believe in a humane life for every animal, not just dogs. I believe people should treat animals with respect and dignity and kindness. This does not mean treating them like people or assuming our emotions are their emotions. It means acknowledging them for the animals they are. 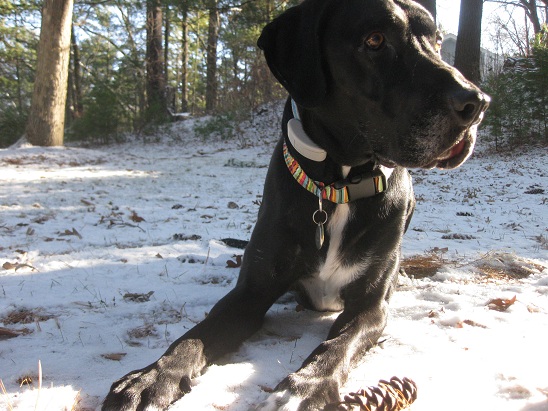 Thanks for telling me about this post. I enjoyed it and the comments following even more. Great discussion topic. I'm a pet owner, a fur mom and a dog mom. Guardianship is something that is very new to me. I'm not comfortable with the PC'ness of these terms, but the legalities are fascinating.

Interesting blog entry. My initial thoughts were the use of "mom" or "dad," or some other type of parental title ("mommy," "daddy," etc.) While I'll put a backpack or a coat on my dog if it's too cold, I do not dress him up like some doll or kid. I really dislike when people call me "Jeffrey's mommy." ugh! I'm NOT his mother! I'm his owner! And Jeffrey is my DOG! If I wanted kids, I would have had them. I have a dog. I have a cat. I'm their owner and they are under my charge and care, but they're not my children, nor are they my substitute children (since I don't have children, nor do I want them.)

I think that's the only thing that gets me as a pet owner. I don't correct the vet or vet techs when I take them for a visit, but I have told friends and family that the dog is my dog, not my kid and I'm not their mother. It's just so odd to me when people do that. Odder still are those who dress their dogs up like some doll or play thing.

BTW, I get the philosophical discussion over "owner" and "guardian," and how we don't "own" another life or living creature. And there are great discussions on here regarding the legality of owning animals, etc. I won't go into that because I'm not a lawyer. The only thing I can say is that the law states right now that I am their owner and responsible for their behavior, and I'll leave it at that.

I don't consider my dog or cat an object, but I do consider myself their "owner" rather than "guardian." If anything, technically, I'm their "care taker," since I'm not really guarding them, but I do walk the dog, clean and feed them, and clean out the cat's litter box. That's more of a care taker role rather than "guardian." It is especially true when they are ill (as my cat is diabetic and I give him shots 2x/day.)

That said, "owner," "guardian," "care taker," "pet parent," whatever, all of that is splitting hairs and playing semantics. It is whatever the person is comfortable with (like I am NOT comfortable with "mommy" and HATE being referred to as such). By the same token, if someone tells me they're their dog's "mommy," and they dress up the dog, well, I'm not going to tell them how to relate to their dog, even thought it's not what I would do. It's not *MY* relationship. All I need worry about is my relationship with my dog and cat (and fish!) and my boyfriend and how we "run" our pack.

It's a difficult subject, but you summed it up quite well! Really, it's up to each person to decide her own relationship with her own pets. Care giver is probably a good term.

I totally put Halloween costumes on my cats last year. Don't hate me :)

I like the term 'pet parent'. Whatever you call it, it's what is in your heart that matters. If I happen to say 'owner', it doesn't mean I feel any differently about my relationship to animals or my responsibilities. An abuser calling herself a guardian wouldn't be any less inclined to abuse animals either. Her issues run way deeper than a label.

We get way too hung up on terms and labels, in my opinion, placing too much importance on what they're supposed to mean and then pass baseless judgements. There are bigger problems to get all worked up about than finding offense where none was intended.

As for legalities, the law defines the terminology, not the other way around. :-)

Thanks for sharing your opinion!

I don't think ownership carries lessened responsibility than guardianship. People can have sentimental or emotional connections to inanimate objects and care for them extremely well. To me, to own means "to have," and to maintain high standards of care for anything that falls into that category.

I agree. I actually wouldn't have nearly as much a problem with the word "guardian" if it didn't bear with it the connotation that being an owner was somehow "less fit" than being a guardian.

I own my dog -- I selected him out of many other candidates and I paid for him (or rather, I paid the fees of the rescue organization. But the fact that I consider myself a dog owner does not lessen or trivialize the immense sense of responsibility, care, companionship and friendship that I have with this amazing living creature.

This connects with a previous post, about rehoming a dog. I commented there that I agreed with Lindsay that there are legitimate reasons to rehome a dog (I won't repeat all the reasons/scenarios here). As a guardian it would be an immense failure on my part to rehome, but as an owner, I see it as one aspect of responsible pet ownership. But that is a crucial difference between dogs and kids -- only in the *most* dire of circumstances would I separate myself from my kids (e.g., sending children to live with family due to extreme violence/war/poverty).

Good points from everyone on both sides. Thank you for the discussion!