Home » How to teach a dog to put his toys away

Note: Thanks to Jon Dunkerly for sharing his training experience.

As a visually impaired person I should be more vigilant when it comes to making sure the floor is clear of anything that could cause pain when stepped on – marrow bones being the perfect example. Lars is totally spoiled when it comes to the number of bones he has, but to my chagrin, he tends to leave them all over which results in me stepping on them and vowing to teach him to put his stuff away!

Teaching Lars to put his toys away, for me, was a very important aspect of his training because it would mean my floor would be free of land mines. I have lost count how many times I’ve stubbed my toes on the stupid things. I can just imagine Lars quietly lying down watching me walk around, snickering to himself as he sees me approaching a bone and hitting it with my foot.

So I thought to myself, how easy would it be to teach Lars to put his toys away? Pretty easy, actually. He already knew all the necessary steps. He just did not know the order I wanted him to do them.

As for myself, all I needed was something for my dog to put his toys in! Hmm … yes, I think this grocery box from Country Grocer will do just fine, thank you very much!

When teaching a dog a skill that involves multiple steps, the easiest way to do it is to work backwards from the end of the skill to the beginning.

For example, I had to show Lars I wanted him to drop his bone in the box before I could teach him to take his bone over to the box and drop it inside.

Here is the process I followed, starting with the basics:

1. Teach the dog to take a toy from the box.

First, I put all of Lars’s toys in the box. If he wanted one to chew on, he would have to go to the box and retrieve one.

2. Teach the dog to drop the toy in the box.

When Lars picked a toy from the box, I would not let him leave with it. Instead, I asked him to drop it while making sure he dropped it back in the box.

Why did he master this step so quickly?

Second, by not letting him drop it anywhere other than the box, he learned exactly where I wanted him to drop it. When he started doing this, I treated him and fussed over him, so he knew what a good boy he was being!

The more willing Lars was to drop the bone when I told him, the longer I would have him stand with the bone in his mouth before asking him to drop it. Another alternative for rewarding Lars when he dropped the bone in the box was to click and treat, as he is very aware of what the clicker is. I just am not the biggest proponent of it.

As Lars became more willing to drop the bone back in the box upon grabbing it from the box, I allowed him to move away from the box with the bone in his mouth. At this stage, I made sure he was very interested in that bone, because he may lose interest and just drop it on the floor and move on. One way of keeping him very focused on the bone was to cover it with a scent he loves like peanut butter.

5. Teach the dog to go to the box and drop the toy in it.

For example, I would let him take the bone from the box and move a few meters away. I would then stop him, not allowing him to lie down with it, and command him to drop it. At the same time I gave the command, I would direct him back to the box with a hand on his collar and the other hand under his chin to keep his mouth closed to insure he did not simply drop it on the floor.

As Lars grasped the concept of dropping his bone back in his toy box when he was done chewing, I would allow him to venture further from his box with his bone. He often likes to take his bone away to his own bed for a chew, only later to bring it out again and drop it wherever.

In cases where he simply left the bone on the ground and did not appear interested in putting it back where it was “supposed to go,” I physically put it in his mouth, directed him to his box like I mentioned above and instructed him to drop it. Sometimes dogs simply need to be shown hands on what you want them to do, and this is a perfect example.

Lars also knows the grab it command, and I often use it when I want him to grab his tug rope or bone, which gives me another way of approaching the situation when he drops the bone and walks off.

Consistency is the name of the game here, and I was very consistent when it came to performing regular training sessions with Lars as far as his toy box is concerned.

After all, him learning this skill meant I would also benefit!

On the other hand, maybe if there were not six or seven bones lying around in various stages of ruin, I would not be walking on them all the damn time!

Have you taught your dog to put his toys away or something similar? 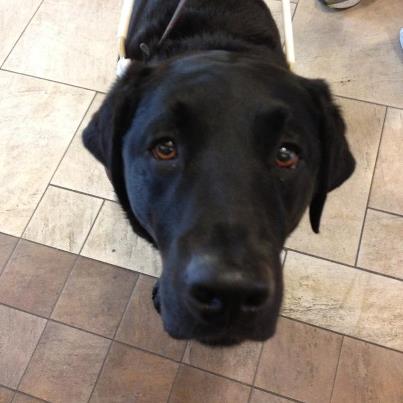 This is a great method of dog training. I have tried it for a few weeks and it works great. My dog Coco loves the game of putting her toys away. She is getting really good at it. Thanks for the help. Now I don't have to have that extra work.

So cool! Thanks!!! No I haven't taught my dogs to put their toys away, but I will now. They're pretty smart so I'm sure it won't be too difficult, especially not with your great tips. :0)