Home » A no-kill nation for Just One Day

The No Kill Advocacy Center and Minnesota’s Animal Ark shelter teamed up and asked shelters across the country to stop killing healthy animals for Just One Day.

About 10,000 healthy or treatable dogs and cats are killed on a daily basis in U.S. animal shelters, according to Animal Ark. However, that won’t be the case on June 11 because more than 1,000 organizations have taken a pledge to participate in Just One Day.

Animal Ark predicts more than 10,000 animals will be saved, because for Just One Day participating shelter workers will:

Shelter killing is typically blamed on so-called pet “overpopulation,” according to Animal Ark. However, there are actually enough homes wanting new pets to ensure all shelter animals get adopted. It’s about policy changes in shelters. 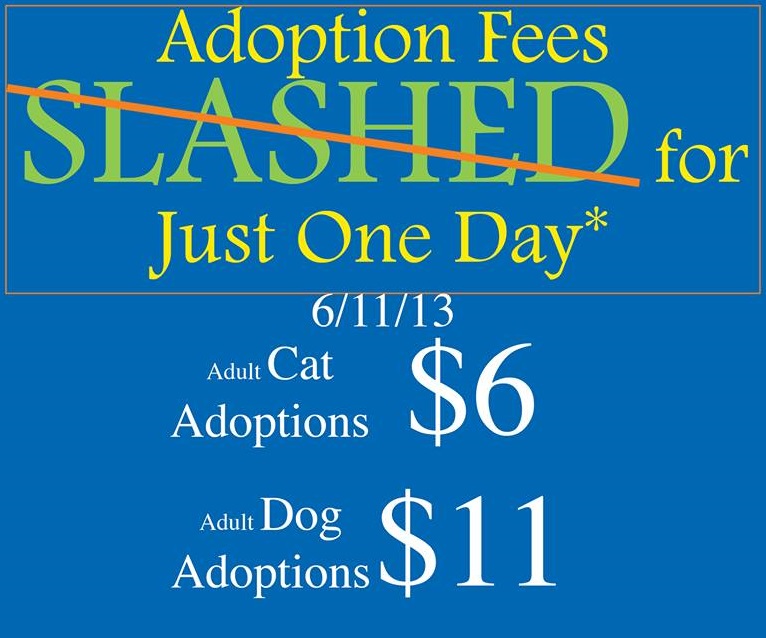 In fact, more than 300 U.S. cities have already ended shelter killing, making up more than 156 no-kill communities, according to Animal Ark.

Some of those cities saving 90 percent or more of all shelter animals include Duluth, Minn.; Reno, Nev.; Boulder, Colo.; Jackson, Wyo.; and Eugene, Ore., according to OutTheFrontDoor.com, which documents no-kill communities.

An entire state has even embraced Just One Day.

In Coloroado, Gov. John Hickenlooper signed a proclamation deeming June 11 to be Just One Day Colorado – a day of no shelter killing statewide, according to Animal Ark.

Locally in my city of Fargo, N.D., the Humane Society Fargo-Moorhead and CATS Cradle Shelter have taken the pledge to participate in Just One Day.

“When you make it easy for people to do the right thing, great things happen,” said Nathan Winograd, director of the No Kill Advocacy Center. “You empty the shelter the good way.”

Pictured is my foster cat Tumbler, up for adoption through CATS Cradle Shelter in Fargo, N.D. He is about 5 years old, declawed, good with other animals and very affectionate. Edit: Tumbler has been adopted!