How to run long distance with a dog

I’ve logged more than 10,000 miles running with more than 100 dogs of different sizes, ages, energy levels and breeds. While most dogs can handle running for shorter distances, what about running long distance with a dog?

The following are some of my own tips along with some advice from two others – a veterinarian and a fellow professional dog runner.

Tips for running long distance with a dog 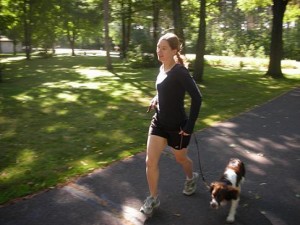 For the sake of this post and helping people get started with long-distance running, let’s assume anything over 6 miles is long distance.

Slowly increase the miles with your dog

If your goal is to run 6 miles with your dog, make sure she’s OK running 3 or 4 miles for a couple of weeks. Use common sense and start out conservatively. 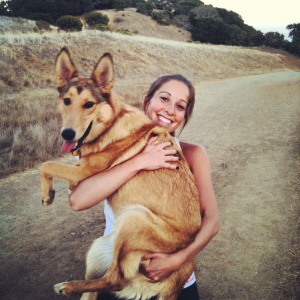 “If the dog is looking exhausted, we’ll stop, sniff, greet others, and then get moving again for another half-mile or mile,” she said. “Eventually, their endurance will pick up, and you can go for longer stints without needing to stop.”

Once Zwerin is familiar with a dog, she said she offers up to 90-minute running sessions that cover up to 8.5 miles.

Pay attention to your dog’s behavior while running

Most dogs (although not all!) will tell you if they need to slow down by dragging behind. You should never force a dog to keep up, but sometimes it helps to use an encouraging voice – “Yeah, Ace! Come on, boy!”

Signs a dog needs a break could include:

Realize some dogs don’t have an ‘off switch’ while running

My mutt Ace will literally chase a tennis ball until he hurts himself or collapses. I have to physically remove the ball or put him on a leash to stop him.

Certain dogs are the same way with running as Ace is with chasing a ball. They will run until they reach exhaustion. They seem to lack the ability to stop until their bodies physically can’t go on. Until you know your dog’s limits, keep the distances a little slower and shorter than you think he can handle.

Check for sore or worn paw pads during runs

When a dog runs on pavement or concrete every day, he will naturally develop tougher, calloused paws. A dog that is not used to running on harder surfaces may have softer paws that could get sore or “scuffed.”

“Puppies have very sensitive paws as they have not become calloused yet,” said Dr. Thomas Watson, owner of Carolinas Veterinary Medical Hospital in Charlotte, N.C. “It is very easy to rub their paws raw or burn their feet on hot concrete.”

If your dog wears through his pads while running, he may not show any signs of pain until after the run. That’s why it’s important to stop and check the bottom of your dog’s paws every 10 minutes or so when you first increase his miles.

Watson recommends dog owners take their dogs running on smooth, even trails or roads as much as possible because gravel and pebbles can hurt a dog’s feet. 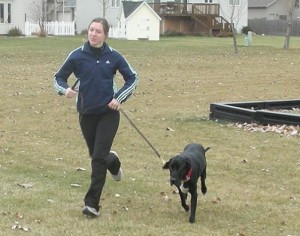 Watch for stiffness in your dog after a run

If your dog appears stiff and sore after every single run, then you should decrease his miles a bit or give him a day or two of rest between each run. You should talk to your dog’s vet if you have any concerns about injuries or joint issues with your dog.

Speed is a factor when running with your dog

Dogs are better equipped to be sprinters than marathoners, according to Watson. “But with proper training and slower paces they are able to become distance runners.”

He said running is an excellent form of exercise for the right breeds, and some are better runners than others.

He recommends starting out with a 10-minute-per-mile pace or slower and gradually building up speed and distance.

Through my own dog running business, I’ve noticed the dogs tend to walk fast or “trot” beside me as long as I maintain a slow pace. If the dog has to actually run (looks like a gallop), he won’t be able to maintain the pace for long.

Zwerin pointed out how a dog may do quite a bit of pulling, marking or sniffing during the first mile or so.

After that “their energy starts to become focused on running – rather than the novelty of being outside – and a rhythm is more easily achieved.” 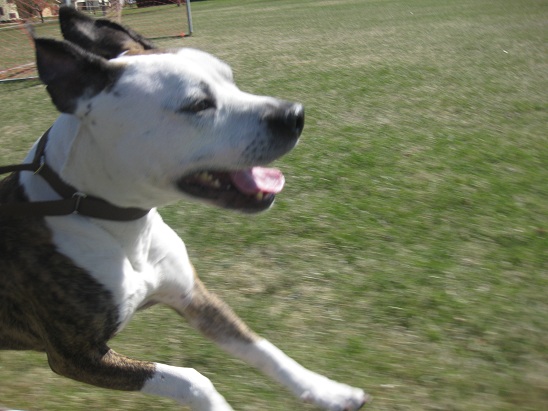 Provide an opportunity for water while running

No one likes to run while holding a leash and a water bottle, but sometimes it’s unavoidable.

On hot days, Zwerin said she tries to take a route that has an area for the dogs to get water, too.

“Carrying a water bottle is tricky,” she said. “It’s bulky, heavy, awkward to hold, and with up to three dogs with me sometimes, it runs out quickly.”

Of course, on really hot days, there’s no getting around it and her water bottle of choice for the dogs is called the Gulpy.

Watson said many dogs won’t drink during a run even if they need it.

“A squirt bottle works well to open their mouth and force a small amount,” he said. 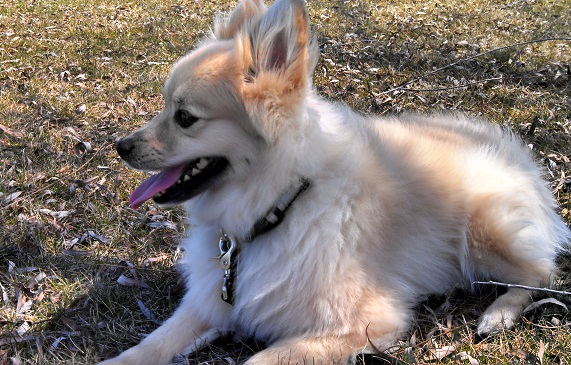 Some can! It’s not so much about the size of the dog. It’s about your dog’s energy level, body build and endurance.

“They’re equally eager to burn their energy off, too,” said Zwerin, who regularly runs with two “sister” dogs under 15 pounds.

“I’ve pushed them to do 5-and-a-half miles a handful of times,” she said. “And though they finished, they were wiped by the end.”

It depends on the individual dog. When I’m running with larger breeds, I try to let them set the pace. They tend to run a little slower than smaller dogs, and we might cover less distance.

Watson said giant breeds may not be ideal runners, but they can do OK if the distance is kept under 2 miles. He also mentioned giant breeds should wait until they are at least a year old before they start running. More details on that below.

When is a puppy old enough to go running? 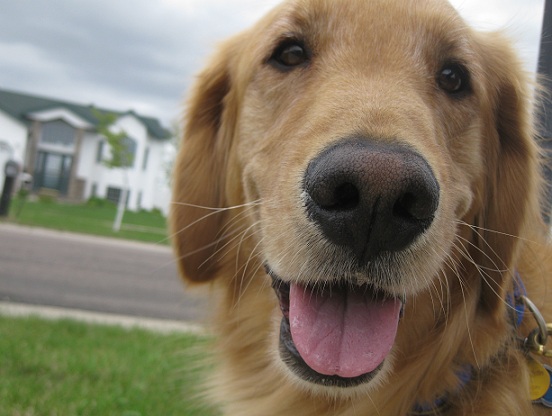 I hesitate to tell people not to take their young dogs running. Exercise is important for a dog’s health, and it also helps with training and socializing.

Still, I often hear that dogs shouldn’t go running until they are 12 to 18 months old, so I asked Watson for his opinion.

By the time most dogs are 6 months old, their musculoskeletal systems have grown to about 75 to 80 percent of their adult size, he said.

He gave some general recommendations on when it’s safe to start running with a dog based on the dog’s predicted size at maturity:

Of course, it’s always best to start out slowly and with short distances, regardless of the pup’s size.

“We were at the point where when we’d go for off-leash hikes or walks, he’d run ahead of us most of the time,” she said. “I took that as a green light for running with him, and in turn, making sure he kept up with me.”

For more details: When can a puppy start running?

What advice do the rest of you have about running long distance with a dog?

Ultra marathon training with your dog

43 thoughts on “Running long distance with a dog”