Honor your pet with HereAfter Frames

Note: This is a paid review. HereAfter Frames is seeking backers in order to reach its fundraising goal through Kickstarter. For a small contribution, you can receive a piece of art or a frame.

My dog Ace and my cat Beamer are happy, healthy “seniors.” While I hope I have many years ahead with them, I value every single walk and every single snuggle.

I do think about how I’d like to remember my pets after they pass away. How to honor a lost pet is a very personal choice, and it’s something I would encourage every family to talk about ahead of time if possible.

One way to remember a lost pet is to use a custom frame from HereAfter Frames. These unique frames combine the remains and/or the keepsakes of a pet with a memorial image. The image could be your own photo or it could be a painting or drawing created by one of the artists in HereAfter’s network.

Learn more by watching the video:

In order to help more pet owners, HereAfter Frames hopes to raise $20,000 in funding through Kickstarter, a web site that provides tools to raise funds for creative projects.

The great thing about Kickstarter is that it’s “a fundraiser that people can actually afford to help and that they also get something in return for supporting,” said Boris Jairala, who came up with the idea of HereAfter Frames in the summer of 2012.

In this case, anyone who makes a contribution of $10 or more will receive a piece of art, a photo frame or an actual HereAfter Frame, he said.

Jairala has until 1 p.m. (EDT) Oct. 12 to reach his goal. The project will only be funded if at least $20,000 is pledged by that time, according to Kickstarter. That’s the unique thing about Kickstarter – it’s all or nothing. 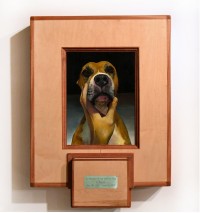 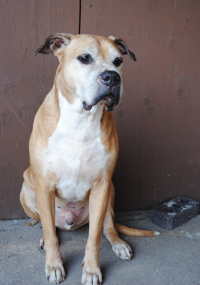 Jairala wrote on his web site that the summer of 2012 was a tough time since he had lost his father the previous fall. At the time, Jairala had been professionally building and designing custom frames as a commissioned portrait artist.

To honor his father, Jairala said he painted a memorial portrait of him which helped serve as a reminder that his father would always be there.

Soon after that, Jairala’s dog Chase (right) was diagnosed with terminal cancer.

“Once again, the grieving process led me to paint,” he wrote.

He had his dog cremated and received a brochure with urn options.

“It was at that moment I knew that I had to find a more significant way to honor my dog,” he wrote.

He created HereAfter Frames to offer a more “personalized tribute to those you love.” 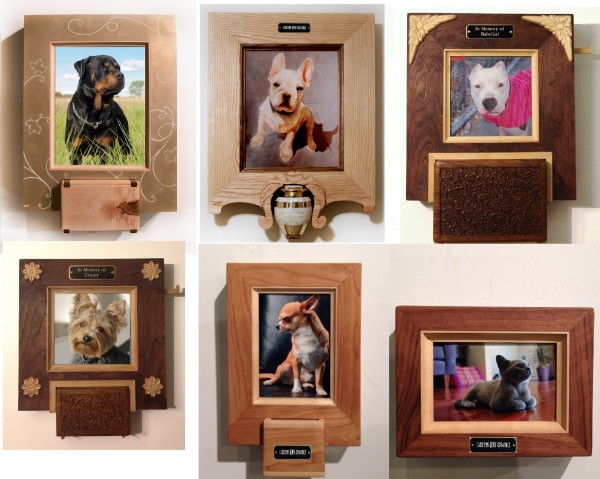 The frames come in five sizes ranging from 4 by 6 inches up to 16 by 20 inches and can be used to honor a lost pet or a lost person, according to the HereAfter Frames page on Kickstarter. The largest frame has the ability to hold the remains from someone who was up to 230 pounds while living.

For the memorial image, you can use your own photograph or you can choose from a number of artists on hand who can create a painting or drawing.

Personally, it is very comforting to turn to a favorite image of a pet, and to look at or hold one or two small keepsakes such as the dog’s collar, ID tags or a favorite toy. Being a writer, I also tend to write something about the pet in the form of a letter or memoir, which could be tucked in with the pet’s keepsakes.

We all grieve in our own ways, but as Jairala wrote, “no matter the culture, race, age or demographic, we all tend to share the traditions of honoring passed loved ones.”

How have you honored a lost pet?

What an amazing idea. My boyfriend was going to make something similar for our Riley, but we decided to have an image wrapped around a frame instead. I love seeing her picture every day.

So glad you've found a special way to honor Riley.

Very nice. Definitely better than the average frame. I have a ton of photos of past pets in photo albums and simple frames. I've also memorialized my childhood friend Cassie by putting her dog tags around the neck of a stuffed dog, also from my childhood. I still have it. The stuffed animal is 30 years old and the tag is not quite 20.

I have photos of my past dogs in albums, but not very organized. I also have some really nice digital photos that I have never bothered to put in a nice frame. Sigh ... I would like something like this because then the work is done for me and it's something I would keep forever. I also love your idea of putting the tags around a stuffed dog.