Do you set rules at the dog park?

Home » Do you set rules at the dog park?

Do you work on training at the dog park?

The dog park is a strange place, isn’t it?

A free-for-all where pretty much all behavior is tolerated. Dogs charging each other. Lots of humping and growling and chasing. Peeing on things. Nipping and wrestling. No two owners agree on how much herding, barking or butt sniffing is allowed.

So I’m curious, what do all of you allow from your dogs?

There’s no correct answer. Some dog owners let go of all rules as soon as they set foot in the park. This is not a criticism. It’s an observation. The dogs are literally free to do whatever they want. It’s the dog park, so let them be dogs.

And then there are the owners who try to micro-manage everything that anyone else does. No butt sniffing allowed; it might lead to humping. No big dogs chasing the little dogs. No growling during play. Oh my God, no barking.

I’m sure most of us are somewhere in the middle. I expect my dog Ace to walk to the park without pulling, for example. And when I remove his leash, I expect him to remain heeling until I say “OK.” I also expect him to come when I call him no matter what. Yes, even if someone is holding a tennis ball made of gold.

Do you guys use the dog park to practice obedience training?

Personally, I don’t use the dog park as a place to work specifically on obedience training. I use it as a place to, for the most part, let my dog be a dog.

Last weekend I saw a man working on the stay command at the dog park with his shepherd. He had the dog in a down/stay and he backed away about 30 feet. The dog was doing beautifully until a husky-thing charged the shepherd head-on and kind of tumbled over her.

To me, it’s not really fair to put a dog in that position. Distractions are one thing. Expecting a dog to remain a statue with 40 pounds of energy charging her is another. Plus, in this case, it set the shepherd up for failure. Instead of minding her owner she ended up chasing the husky – ignoring both “stay” and “come.” Oops.

With Ace, I try not to intervene too much. The dog park is supposed to be a fun place. Dogs, for the most part, can handle themselves. I do watch for tension between dogs and do my best to lighten the situation by clicking my tongue or saying “Hey, look here!” in a fun voice. On occasion, I will step between dogs to block heavy eye contact or I might whistle or use a toy.

If a younger, more playful dog is pestering Ace, I make sure to intervene if I think he might growl.

Growling is perfectly normal, but I know some owners don’t appreciate it. So, sometimes I just call Ace to me and we walk away. Sometimes I try to interact with the younger dog so it leaves Ace alone. Sometimes I pat Ace on the butt to encourage him to lighten up and play, depending on the situation.

Overall, I’ve always used dog parks as an opportunity to teach my dog that I expect him to ignore rude and overly excited behavior from other dogs. There will always be a dog or two that charges him. There will most likely be a dog that greets him head on or with a paw over his back. Some dogs will chase or nip or bark. All of these things are opportunities to reward my dog for remaining calm and relaxed, and he does this beautifully.

OK, now I want to hear from you. What are your dog park rules? 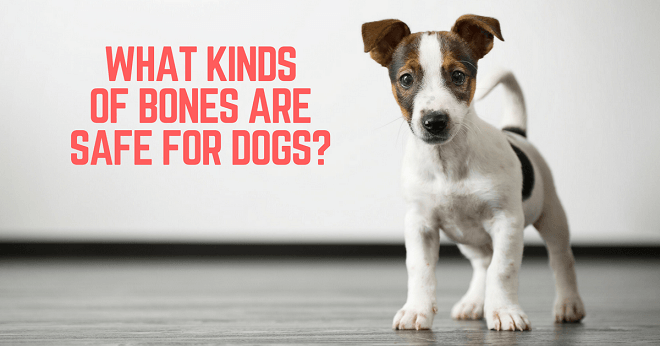 Previous
Which Raw Bones are Safe for Dogs? [2021] 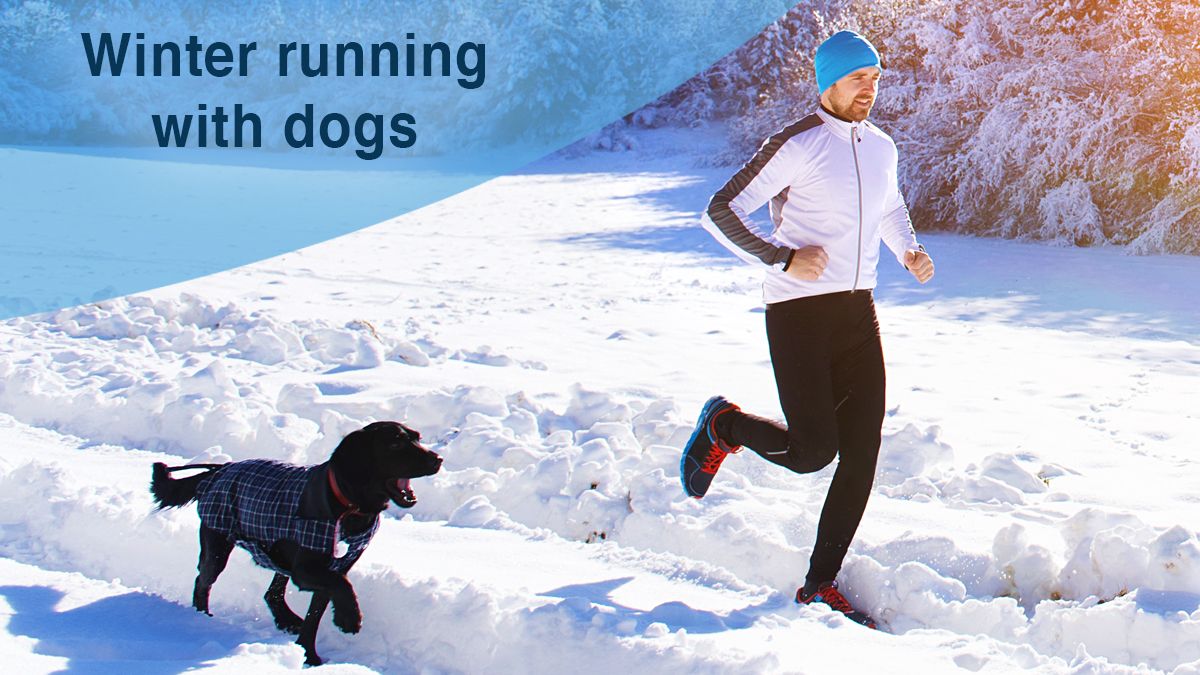 Next
Winter Running With Dogs
Click here to cancel reply.

Unfortunately in my country, the only place the dog can run around free and off-leash is in a dog run. While we walk her at least an hour a day, the dog park is still pretty essential for our dog that likes to have the zoomies now and then. Ultimately I would like for her to come when called, but recall training is pretty much something that is still work in progress. Hence I am that micro-managing human in the dog park... especially when Donna starts humping the dog she is playing with. There are people who tell me to let their dogs just shake her off and she'll learn after a while... still not sure what's the best way to approach this.

I intervene when my dog tries to hump other dogs too. This doesn't happen too often since he's a pretty mellow, submissive guy. But I do tell him "no" when he does it. I am also constantly after him about not taking other dogs' toys.

For the most part, I let Maya be a dog. But since our dog park is not fenced, I occasionally work on her recall. In fact, she wasn't even allowed to go to this dog park until I was confident of her recall. Practicing her recall with all the distractions is actually very helpful.

I don't think I would bring a dog to the dog park if it didn't have a good recall. Like you, I'm always reinforcing this with Ace. Luckily he's a big wimp and unless someone is holding a toy he's fixated on, he is pretty good about coming when called.

I am kind of wishy washy about dog parks, but not a huge fan of them for the most part. I agree dogs should be allowed to be dogs, but the problems occur when people completely ignore their dogs, instead focusing on the other humans. I took Faolan to one (unknowingly ; ) ) last week, and thankfully everything went great.

I also hate when people ignore their dogs. Even if a dog is friendly, you just never know what can happen.

I have a pretty well-behaved dog but we have 2 basic rules for the dog park. 1.Come when called (not 100% reliable) because coming when called is an important command in terms of safety in my opinion. 2. Don't be "rude" to other dogs. That's where my responsibilities are important and it's more of a rule for me, in not allowing him to get to that point. I intervene when a puppy is bothering my dog, I move us away from big dogs that might scare him, we move away from loud, chaotic dogs and groups. It would be extremely unlikely for my dog to be aggressive, reactive, dominant (whatever that means) to another dog without a lot of prior provocation so it's on me to monitor the situation. I also can tell when he's had enough, so we go home then or before then. I don't think it's fair to have too many rules at the dog park - similar to your story Lindsay a man was practicing "stays" with his dog while other dogs were running around it. It broke almost every "stay" early! Just felt like saying, "don't set your dog up to fail!"

I live 5 minutes away from one of the largest dog parks in Anchorage, AK. However, due to the health concerns, ticks(yes we have had some in our State!!), lice, kennel cough, etc. I don't like to go unless its under 32 degrees. That way, at least in my opinion, everything is frozen. However, also going on non peak times means that you have the possibility of having dogs who aren't too friendly, with owners who don't care/ are too far off to do anything about it. Last winter Belle got a piece of hide taken off by two huskys when we went in a before peak time. At a peak time, I've seen a golden retriever bite a husky pretty badly (bleeding 10 seconds later in the owners arms) and the golden retriever owner was oblivious(just kept walking down the trail)!!!

My main goal for obediance at the dog park is a recal, it doesn't have to be 100% but if I can at least get them to stop moving and think before they go charging up to another dog I feel I've accomplished something. A leave it cue, or lets go, to keep them moving and/or stop sniffing, fixtating, etc on another dog, tree, smelly pile, or moose! Those are my two main goals.

D.O.G. humps at the dog park, not at home, so I am extremely vigilant on that score, you get older dogs, and people who don't like it.

We have a new fenced in dog park in Anchorage. I joined their group on Facebook and after 2 days decided I was never going to take my dogs there. My dogs don't have the manners needed to be there according to volunteer standards/posts. It was quite fustrating to see these views. Especially, two weeks after opening they put out a schedule for little dog and service dogs only times. Excuse me, this is a municipal fenced park. It should be open to the public with their dogs, period. And if they want to limit times for little dogs only, what about times for the pushy, rowdy, anxious rescue dogs! Sorry, that's a rant that's been wanting to come out. Personally I've ignored all the fenced in dog park posts after the posting on times and standards for dog behavior at a park. And I take mine on walks to other parks and let them have a little off leash time so long as we are the only ones there. And of course, we never leave piles! :-)

Unfortunately I've seen some incidents in crowded, busy dog parks as well. This was the case in a small, fenced-in park in Fargo. I got the feeling that people just brought their dogs there as their only form of exercise, and a lot of really rough playing and sometimes fights happened fairly often.