Thanks to Spencer Blohm for sharing this info on dogs and TV. Do you think your dog would watch TV? Let me know in the comments.

As a dog owner I find I often have a lot of unanswered questions.

For example, am I feeding him the right kind of food, or is the new, more expensive, organic version a better choice?

Does he secretly hold me, and not the vet, responsible for having him neutered?

And perhaps the question I wonder about most often: what exactly does he do while I’m away at work?

Sometimes I worry that his toys can only keep him occupied for so long, and soon enough he’ll start looking for tastier chew toys in my closet.

Since I’ve found that many other dog owners have the same questions and worries I do about what keeps our dogs entertained during the day, I was particularly excited to find out that DogTV was going to become available nationwide through DirecTV, Roku, and streaming via DogTV.com.

It turns out there is actually a large amount of programming for your dogs to enjoy. Still, I felt that more explanation was needed. After all, it would be easy to leave on bad court shows for my dog, or the radio, and he may not even notice the difference. 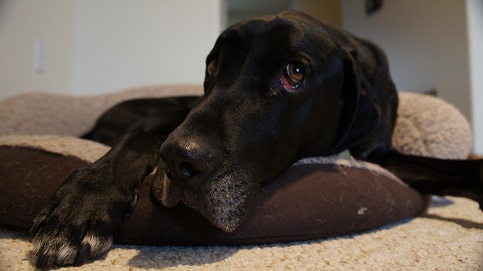 The purpose of each of these is to trigger a specific reaction from your dog. If your pup is sluggish, ideally the “stimulation” programming should engage him.

Likewise, if your dog is too busy chewing on the leg of your coffee table, or acting out with other destructive behavior, turning on the relaxation programs may ease his mind.

According to the scientists and animal experts behind the creation of DogTV, the content of these programs is designed to work with a dog’s brain to create a desired mindset or mood.

The relaxation programming plays slow, classical music while showing landscapes and images of dogs napping. The exposure portion is meant to replicate scenarios from the real world, as well as demonstrate the proper response from other dogs. The DogTV scientists claim that dogs will naturally pick up the coping skills from these segments and implement them on their own.

Lastly, the stimulation segment shows assorted footage of both people and dogs playing, frolicking, and participating in games. Paired with upbeat music and various sound effects, which have been adjusted to better match a dog’s hearing range, the result is meant to to stimulate your dog’s mind.

Studies done by Colorado State University have already shown the type of music or sounds your dog listens to does have an affect on how they behave, but fewer tests have been run regarding a dog’s reaction to images on a television screen.

DogTV creators insist that it’s not just the programming that is tailored to dogs needs, the images themselves are as well.

Many people are under the impression that dogs see in only black and white.

While their vision is less colorful than ours, it is not quite the equivalent of an old movie. Dogs are dichromats, which means they have red-green colorblindness, but can still differentiate between other colors. In order to compensate for a dog’s vision, DogTV has taken steps to adjust the images being shown so they are visually stimulating, and appear real to dogs.

Previously, it was accepted that dogs almost never perceived the television as real, since their better motion perception allowed them to also see gaps between each frame on the screen (until fairly recently, a standard TV was updated with a new image or frame 60 times per second).

DogTV says that new LCD technology, which can have a “refresh rate” of 100 or more frames per second, has allowed dogs to view television as a continuous moving image much like humans do.

This specific programming the channel offers is supposedly the result of nearly four years of development.

With over 40 studies conducted and two years of research, the team of vets, trainers and pet psychologists at DogTV seem to have done their research. Still, there is no guarantee all dogs will focus on the television but it may be worth a shot for a canine who needs more to do while his family is away.

So what do the rest of you think? Would your dog watch TV?

Spencer Blohm is a freelance blogger for DirectStarTV.com when he’s not trying to otherwise occupy his hyperactive husky. He lives and works in Chicago and can often be found being dragged behind said dog while on “walks.”

This is quite interesting. Chip most definitely watches the tv with us. In fact, if I put my hand infront of her eyes she will move her head (or will move to a different chair) so she can see the tv. However....the moment another animal comes onto the screen chip is up at the tv whinging and whining at the screen. Once the animal disappears, she is back on the couch again. It means myself and my boyfriend cannot watch any sort of animal shows unless Chip is not in the room. I have heard about this Dog TV but as far as I know they mainly show other dogs on this tv so I dont think Chip would benefit from this at all. I actually think it would make her more tense during the day because she would be constantly wound up by whatever animal is on the screen!

Its a great idea though....provided it works!