A day after announcing she will not participate in next month’s Olympics due to a knee injury, Lindsey Vonn adopted a homeless boxer mix, according to the New York Daily News.

Vonn posted on her Twitter account that “Leo brightened my day – adopted him from an animal shelter. Has a bum knee bc a car hit him #bumkneebuddies #puppylove.”

Vonn is an Olympic downhill champion and announced Tuesday she won’t race in next month’s Sochi Games, according to the Daily News. Instead she will get surgery to repair ligaments in her right knee.

I love when celebrities adopt animals because it encourages others to consider taking in a homeless dog or cat as well. I’m guessing Leo will be quite spoiled. 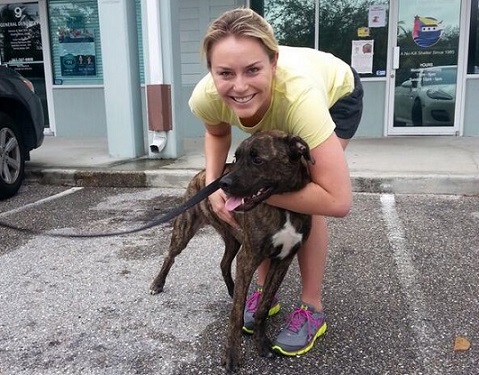