Home » Why shelters need to treat rude adopters with respect

Every potential adopter could make a difference

Animal shelters are not known for having superior customer service.

This is something every single shelter volunteer and staff member should work on.

It’s important to have strong customer service – answering adopters’ questions, welcoming them, treating them with respect. This is true even when the adopters are rude.

I had a brief interaction with a rude potential adopter while I was volunteering to sit with the dogs at a local shelter.

The standard procedure there is that adopters can walk through and look at the dogs, but a staff member has to be the one to take the dogs out for handling. The public can’t just open up the cages, and we volunteers are trained to retrieve a staff member if an adopter wants a closer look at a dog. 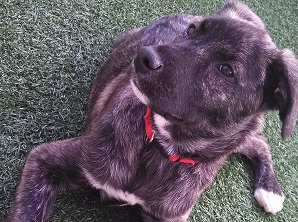 This is no big deal. It might take 2 to 10 minutes to get a staff member, depending on what else is going on.

But if you look at it from the adopter’s point of view, this could be a lot of time.

The woman I’m referring to was visibly frustrated when I first approached her.

She told me she wanted to see the puppies, and the staff at the front desk had directed her back.

She was probably overwhelmed by all the cages and barking dogs. As a new volunteer, the noise is overwhelming to me as well.

Since the woman had specifically asked to see the puppies, she was frustrated that the staff hadn’t immediately taken her to handle them. She was also frustrated that I couldn’t help her myself. I had to go get a staff member, who she had just spoken with.

From her point of view, we appeared unorganized.

I imagine she’d waited around a bit at the front desk before she was acknowledged (I don’t know, I wasn’t there). And now I was asking her to wait around some more.

She was also upset when I couldn’t tell her the breeds of some of the puppies. They were unknown mixed breeds.

“Well I can’t have a huge dog,” she snapped.

It seemed to be an all around bad experience for her, and I wish I could’ve found a way to reach her.

She was probably having a bad day, and she probably had unfair expectations. She was short tempered and impatient, but as a shelter we should’ve tried harder to meet her expectations. After all, she did want to adopt a puppy.

It’s impossible to please everyone, of course, but for every person who walks out of your shelter disappointed or frustrated, you can bet she’s going to tell other people.

I blame myself in this case. And it is my goal to never again allow someone to leave the shelter disappointed. Not while I’m working.

There must’ve been some way I could’ve reached that woman, something I could’ve said.

And when she walked out that front door, there must’ve been something the staff could’ve said.

But the woman left. Without a puppy.

Some would say good riddance. She doesn’t deserve a puppy anyway.

But I don’t see it that way.

Every adopter matters, no matter how rude she is. They should all feel important. Even if they don’t end up adopting a dog, they might refer a friend or a neighbor.

Make her feel important, that she’s making a difference.

It could make a difference for one dog.

And that’s all that really matters.

Can you think of a time when your shelter had to deal with a rude adopter?

I was calling an animal shelter volunteer to stop a puppy from being euthanized . My comment was that I opposed euthanizing puppies . She started yelling at me by saying she did not know what I was talking about . Perhaps I should have had more information than I had , but she shouldnt be treating potential foster parents for animals like that.

Several things stand out here. Short tempered, impatient, unrealistic expectations, snapping at people. I agree the shelter should be organized enough to at least take the time to explain to her how things worked. And if they are really busy, they should have let her know it could be a while and she could come back when they are less busy. But at the same time, the things you mentioned about her behavior have me worried. I hope it was only that she was having a bad day and this sort of behavior isn't normal for her. But if it is normal for her, I can only imagine how the unrealistic expectations of a puppy would affect her temper and attitude. When people are treated unfairly, I sympathize. But if they retaliate with an attitude, forget it.

Yeah, I can also imagine how unrealistic her expectations would be for a puppy. Hopefully she was having a bad day because she will probably get a puppy from somewhere. I want it to be from a shelter.