If you’re a pet sitter, you know what I’m talking about!

Sooner or later, you’re bound to walk in on something awkward. You’ll also deal with clients who have some strange requests for their animals.

Plus, you just never know what the dogs and cats themselves will do!

I’d really love to hear your funny, strange or awkward pet sitting stories in the comments. I know you have them!

The following are a couple examples some pet sitters shared with me.

When an extra pet just shows up in the house

Crystal Stemberger of Crystal’s Cozy Care was hired to check on two cats after their usual house sitter fell through.

“I didn’t get to meet the cats in advance,” she said. “It was a last-minute hire.”

On her first visit, she said she saw a “streak of black and white” run past her through the cat door and a “fat, happy, gray cat waiting to be fed.”

She filled up their bowls, cleaned their litter boxes and went on her way. The next day, she didn’t even see the black-and-white cat, just the gray one.

Then, on the third day, there was the gray cat along with an orange cat waiting by the food dishes. 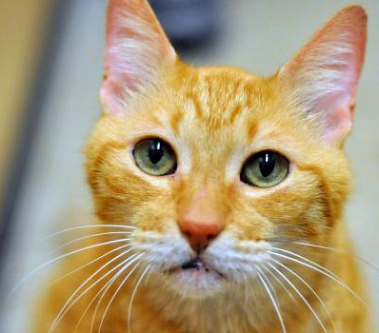 “At this point, I was very confused and texted the owners,” Stemberger said.

She asked, “You have two cats, right?”

The owners said yes, they had a gray cat and a black and white cat.

“So who is this small, orange tabby?” Stemberger asked.

The owners responded, “We don’t know that one! Please get it out of our house!”

Stemberger removed the orange cat more than once, but he kept coming back.

Eventually, the family ended up adopting the orange tabby.

“His persistence and sweet temperament won them over,” she said. “His new name is Crasher as in ‘party crasher’ since ‘free meal’ didn’t roll off the tongue.”

You’ve seen it all if you’re a pet sitter

Katie is the co-owner of a pet sitting business and said she and her business partners have seen enough to write a book. (She asked me not to use her real name).

For example, one of her clients insists the pet sitters speak to her plants to make sure they are “happy and content,” Katie said. “And we need to move them to a new location if we sense they are depressed.”

This client has a nanny cam to make sure everything happens exactly as she wants it, according to Katie.

But that may be nothing compared to a certain longtime, midday client.

This client was going through a divorce from his wife, Katie said. A dog walker would go to his house every day at the same time, Monday through Friday.

Many of you know I am a pet sitter through my business Run That Mutt.

A couple of years ago I arrived at a new client’s apartment. I noticed a strong odor before I even got to her door. She was the owner of two Yorkie mixes.

The dogs just keep getting sick, she explained.

Then she went over their schedule, explaining that they were not housebroken yet and that I should expect them to poop in the apartment. (She’d had them a year.)

For their meals, she instructed me to give them Kentucky Fried Chicken twice a day and showed me the red, family-sized bucket. I also noticed a plate of dried up Kraft mac and cheese on the floor, untouched. 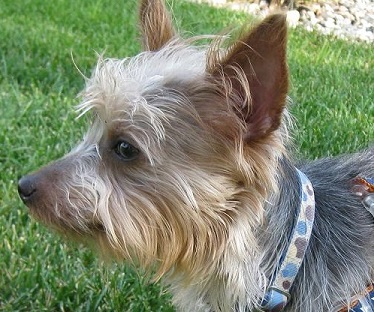 Please give them bottled water, she said. The tap water is just “too hard on their little systems.”

Getting locked out of the house

Jess Harris was pet sitting one of her regulars, a shiba inu named Teddy.

Teddy could be a bit destructive if allowed to roam in the house alone, Harris said. One morning, Harris accidentally locked herself out of the house (a pet sitter’s worst nightmare, right?!).

As she sat at the front door waiting for someone from the company to come with the spare key, she realized Teddy was alone doing who knows what to the house.

“Frantically trying to figure out a way to distract him, I let out a bark through the front door,” she said. “He ran to the front door, barking at the ‘dog’ on the other side.”

She said she kept barking at him to keep him distracted from destroying the house!

“It worked like a charm, but people walking by probably thought it quite strange to see some random lady at their neighbor’s front door, barking at her dog!”

Brooke Rose was dog sitting a friend’s dog named Huck, and she said Huck showed up on the back porch with a “detached” deer leg in his mouth.

“I have no idea if the golden retriever ripped the leg off a carcass himself or just found the leg, but I was at a total loss for what to do,” she said.

In Tahoe, it’s not odd to find a deer carcass here and there, according to Rose.

I have to say, I’ve never had that experience with Run That Mutt!

OK pet sitters and dog walkers, I want to hear your crazy stories now. I know you have them!

I have been a pet sitter for 9 years. Have had some unusual requests in that time. Have met all kinds of people and pets. I have had a client asked me to wipe their dogs butt everytime they go #2. I had another client that had a cat. He had a creepy house. Just an eerie feeling. He had this diarama on his bar in family room that had a barbie doll with a noose around the dolls neck. No kids in the house. I started bringing my sister when I would have to care for the cat. Very spooky. Have had clients where their plants were more important than their pets. I have met a lot of great people but in this business the pets are easier to care for then dealing with the humans.

I just loved reading this. When I got to the part of the dogs that were feed Kentucky Fried Chicken I couldn't believe it! I will definitely be coming back again to view your future posts!

This happened to a pet sitter friend of mine.... she shows up for a meet and greet, with something like a cocker spaniel, and she realized the dog had a used condom tangled in its ear!

We bird sat a friend's parakeet for a weekend. We had a cat,. but put the bird cage up high and things went well. In the middle of the night we heard a loud screeching. The cat had somehow landed or climbed on top of the cloth covered cage, and the bird was terrified. Luckily every one settled down quickly and the bird was ok when the owners picked it up.

Amazing, some of the things you've seen or heard :)