The story of how I adopted my first dog exposes a common flaw in the U.S. shelter/rescue system – a lack of communication.

To get more dogs adopted, one of the most important factors is to quickly and politely respond to adopters’ questions. Too often, those questions are ignored.

So here’s my story:

I was open to the breed of dog I would get, but I knew I wanted to adopt a dog vs. go to a breeder. It was important to me to help a dog in need.

At that time, I had no idea that some shelters will reject adopters who don’t have a fenced yard. I also didn’t know working full time is sometimes a red flag.

Still, the process of trying to adopt a dog was not a negative experience for me. I remember thinking the whole process seemed odd, but I gave the adoption organizations the benefit of the doubt. 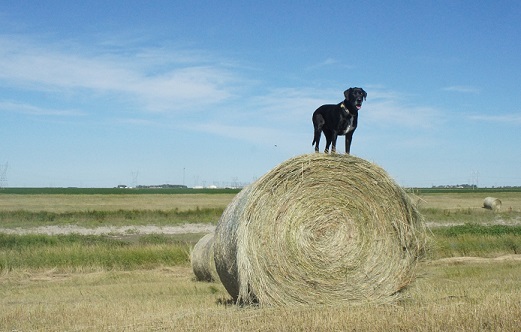 I was your average 20-something who worked full time, rented an apartment, had grown up with dogs and was finally ready to adopt.

I didn’t have an “in” with any of the adoption groups like I do today. I was not a volunteer, and I was not involved in the local dog community yet because I didn’t have a dog.

Looking for the right dog

I was very responsible about choosing the right dog. I knew exactly what I could and could not handle.

I didn’t care about breed, size or gender, but my future dog had to be cat friendly, potty trained, kennel trained, quiet, low to medium energy and still able to go running.

In order to find the right dog for my lifestyle, I started out by visiting the dogs at my local humane society (after I had stalked them online for months). This was a small shelter that could hold up to about 15 dogs.

The worker there allowed me to take a couple of the dogs out of their cages and into an outdoor play area. This was nice, however she seemed busy and irritated that I was asking questions, and she did not know if the dogs were potty trained or cat friendly.

I was especially interested in two six-month-old black Lab mixes and was told they were probably not potty trained.

I then asked about a quiet husky mix but was told huskies can’t go to homes with cats.

I decided none of the dogs at that shelter were a good match. This didn’t bother me, because I knew there were literally thousands of others out there.

Waiting to hear back

So the next thing I did was call a local rescue group, which seemed to be the only rescue in my area at that time.

Since the rescue did not have an actual shelter (the dogs were in foster homes), I couldn’t go to a facility to meet them. I called the number on the web site because there was no email address listed.

I never got a call back.

Next, I emailed a couple of humane societies from nearby towns. By “nearby,” I mean one was 100 miles away and the other was 200 miles away, but it wouldn’t be a big deal to drive out to them for the right dog. I lived in North Dakota.

Thanks to gmail’s archives, I am able to look up the message I sent back in 2007.

In it, I innocently explain that I live 200 miles away and would like to get some information about the dogs before making the drive. I told them I lived in an apartment and had a cat. I also said I planned to take the dog running for an hour every day.

OK. Onto the next.

This humane society did email me back, and when I asked about a certain husky mix, they actually gave me the phone number to the dog’s previous owner and told me to talk to her if I wanted information.

I was uncomfortable calling this person, but since the shelter encouraged me to do so, I did. I wanted to get as much info about the dog before driving 100 miles to the shelter.

I will never forget that heartbreaking experience of this dog’s former owner – a complete stranger to me – crying on the phone about how her landlord only allowed two dogs and she had been forced to choose which of her three to give up.

“If you could please find it in your heart to adopt Hallie …” she said, crying.

The next day, I got a nasty email from the shelter director asking how dare I call the dog’s previous owner?

This surprised me, obviously, but I still didn’t hold it against anyone. I just figured it was a miscommunication, and I actually even apologized.

Since “Hallie” did not sound like a good fit for me, I asked the shelter if they could please email me if they happened to come across a dog that might be a better fit.

Again, I never heard anything back.

And I still did not place judgment on any of these groups! This goes to show that adopters are generally pretty forgiving and understanding, but come on!

How I finally found my dog

The last thing I did was go back to the local rescue group’s site (the one that never called me back). I browsed through its dogs again. This time, they had what was called a “curtesy” listing.

A black Lab mix named Junior was listed as a “curtesy” which meant his current owner still had him but was trying to re-home him. The rescue was allowing her to advertise the dog on its site, and her personal phone number was listed as a contact.

I actually was not too interested in a “boring” black Lab mix, but whatever. He sounded like a good match.

Thank God I made that call because I ended up with the world’s best dog.

“Junior’s” owner at the time answered all of my questions patiently and in great detail. She was the first person to really do so.

I remember I asked if “Junior” would like to go running, and she said, “He would love that!”

I asked about everything, whether he was quiet in his kennel, how he was with other dogs, how much energy he had.

When I jokingly said all Labs are high energy (just to test her response), she told me, “No, he’s not like that at all.”

So, about two weeks later I made the 60-mile drive to the small farming town of Ada, Minn., and met my future dog, now known as Ace.

A failure to communicate

Looking back, I now realize all those adoption groups missed the mark.

I did find the perfect dog, but my “perfect” dog happened to be from the only person who took the time to answer my questions.

Had any of the adoption organizations taken the same amount of time to help me, I guarantee you I would’ve found my “perfect” dog from them as I was plenty eager to get a dog.

I don’t know what the problem was. Maybe they didn’t like that I lived in an apartment. Maybe all the volunteers were too busy to get back to me. Maybe I needed to be more patient, to call five or six times instead of one or two.

In my case, it worked out fine and I was still able to help a dog in need. But how many others would end up going to a breeder, a classified ad or the local pet shop?

I believe most people truly want to adopt a dog, but it needs to be easier for them to do so.

What do you guys think?

If you adopted your dog, did you have a positive experience getting through the adoption process?