I worked at a boarding kennel throughout high school and college, so let’s just say I do not look at boarding kennels the way the average customer does.

The facility I worked at was very crowded and understaffed. On the average weekend there would be at least 80 dogs and just two or three staff members to care for them.

On holidays, we would take in 200+ dogs with maybe one extra person to help.

We all loved dogs and did the best we could, but obviously each person can only do so much.

I’m not trying to knock on boarding facilities with this post. I believe the majority of boarding kennels are perfectly acceptable and safe places to leave a dog and managed better than the kennel I worked at. 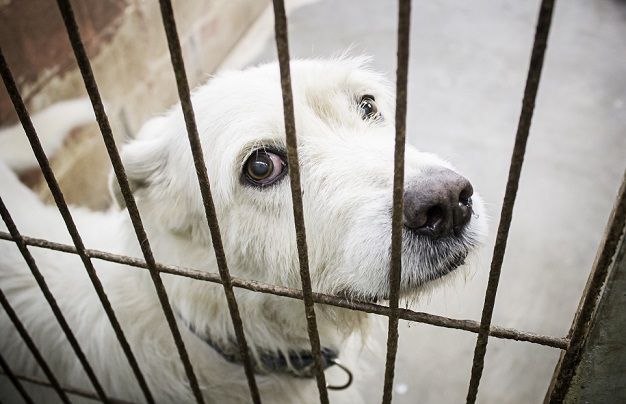 I have to board my own dogs from time to time, and while I hate leaving my boys, I trust they’re getting perfectly average care.

Because of my experience working at a kennel, I do my best to avoid potential problems by asking these questions before boarding my dog. I also know that touring the facility ahead of time is a must.

With that, I’m going to share a couple of unfortunate stories people told me about boarding their dogs.

If you have a story to share, please do so in the comments.

Lots and lots of ticks 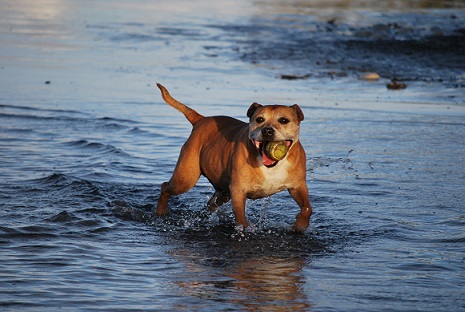 Anthony Bianco was traveling in northern Australia and had to board his Staffordshire bull terrier Tex for two days while visiting friends.

“When I came back to pick him up, he was covered in ticks,” Bianco said. “I spent the next half-hour having to pick dozens of blood-filled ticks off his body before I could take off to my next destination.” 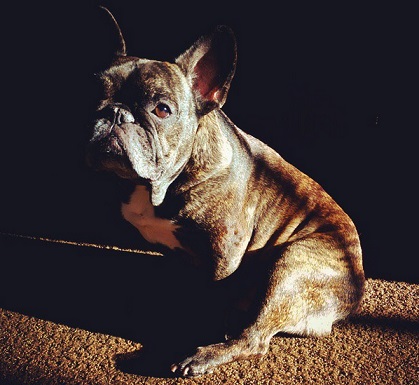 Chako Suzuki ended up paying $1,500 for her dog’s root canal after he was injured during boarding.

“They told me my dog was biting the bars of his cage and said that he broke his incisor while doing so,” she said.

She thought this was odd, because her dog had never acted that way before during boarding.

This time, she had paid an additional fee for a “tug-of-war play session” and believes the tooth was broken during that activity.

“The doggy dentist confirmed that the injury was caused by something getting jerked out of his mouth and not bar biting,” she said.

“We’ve learned to never pay for playtime because we aren’t sure how rough they are going to be.”

I asked Suzuki if she had any advice for others when choosing a boarding kennel.

“I would say, do a lot of research, read a lot of reviews, and be very specific with the staff about your expectations and what is and is not OK.”

A black Lab’s trip to the emergency vet

Rosemary Frank left her dog at a professional training and boarding facility, and later found out the facility’s communication system was “badly broken.”

The kennel staff had taken her dog Cash to the emergency vet at 10 p.m. on Friday, but she was not notified of the situation until 4 p.m. Saturday. Meanwhile, the vet would not treat her dog without her permission.

Once the day staff came in on Saturday morning, she said they left a voice message with her emergency contact instead of with her. That person did not check her voicemail until later in the day and sent Frank a text late Saturday.

“In the meantime, staff keeps telling the owner that I was ‘contacted’ first thing in the morning but was not responding,” Frank said.

Once she received notification at 4 p.m. Saturday, she said she called the kennel immediately, but the office had already closed due to the time-zone difference. She continued to leave messages, hoping someone might get them.

“Nothing, until they came back the next morning, Sunday, and heard them all,” she said.

She was then able to call the vet and give permission to treat her dog.

“The kennel billed me for the two days Cash was with them prior to the incident,” Frank said. “Sometimes you just have to let stupid people self destruct.”

She said Cash never recovered and died three months later. This is one of the few photos she has with her dog. 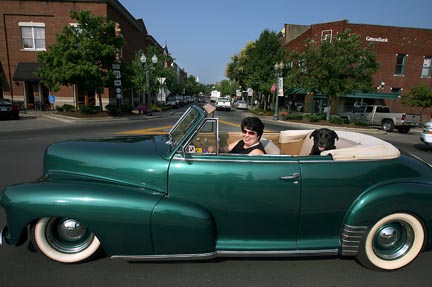 Because of the incident with Cash, Frank has some advice for others when boarding their dogs:

Loretta Levinson said she left her two dogs at their usual dog walker’s home. This was a person who offered in-home boarding. There were five dogs total, including the dog walker’s two dogs and one other.

Well, the walker took the five dogs for an off-leash walk at their usual place, Levinson said. Then, when the walker left to go get the next five dogs to walk, “She left with only one of my dogs.”

The dog left behind was Lou, a malamute. 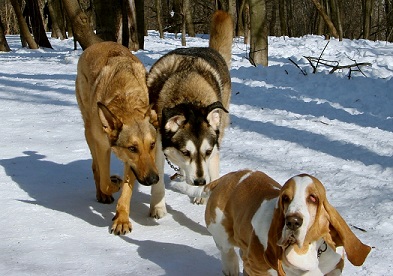 Thankfully, when the dog walker went back about four hours later, Lou was waiting where they had parked.

Needless to say, Levinson did not use that dog walker again.

Do any of you have any boarding stories to share, good or bad?

For additional content from me, sign up for my newsletter here. You’ll hear from me Monday through Friday.

I've never boarded my dogs. I had a roommate that used to watch them & more recently a friend stayed at my house. I used to work at a pet cemetery. One day I got a call from a panicking owner. She left her champion Finnish Spitz at a boarding facility. They let him out with other dogs & the other dogs killed him!! Of course he was an unaltered male. They actually brought her dog to the cemetery for burial without her consent!! Luckily the dog was still there when she called. She came & identified her dog & was so heart broken. They had already chose where the dog was going to be buried & they were paying for it. I took her out in the cemetery & showed her the most expensive section. Of course they had chosen the least expensive. I did the burial service for her dog & she brought a photo album to show me pictures of him with his ribbons. I cried for/with her that day.

You know, we boarded our gal once, it's a great place..our gal is the one with the problem. We adopted her almost three yrs ago when she was 2ys old, she was with us over a year b4 being boarded, it was where she attended training, attends daycare (only about 2 or 3 times a month but we increased it to twice a week for a few months b4 boarding her) she is groomed there,plays at the dog park there, she is very familiar with the entire place, she came home with laryngitis from whining so much and it took her almost a week to get back to her normal self. So, when we just had to leave her again a year and a half after the boarding time, we enlisted family to come over and also stay over our house so she would feel less anxious etc, well..it has taken a WHOLE week for her to be herself again!! Both times she was treated extremely well, she is a lg Shepard mix. Next time we have to travel we have no choice but to take her with us..somehow, she is abit anxious but keeping her at home and well cared for we thought she'd deal with us being gone better. But these stories about boarders and sitters breaks my heart

I always contact my vet and tell them I will be gone and will cover any expenses in treating my pets. I also instruct the kennel to use my vet service or the attached emergency service to take care of my pets.

On another note sometimes a kennel hires someone and although all previous times at the kennel have been great, this person abuses your pets. This happened to me at the end of October. previous visits had been great. This time I picked up the cat and she started howling the moment she was in our truck and howled all the way home and for two more hours afterwards. There were no signs of obvious injury but something had happened to her. Tug came out totally revved. He is alway extremely excited to be going home but this was over and above. The woman who checked us out, who I had never seen before, bragged about walking Tug on a prong to control him and instructed me that I should always use it. It took days to get Tug back to normal. This was near our lake home.

2 weeks later we boarded at a kennel near our winter home. Bashira was completely normal when we picked her up. They had walked Tug on a loose lead and housed him in the geriatric section because he was so calm. They were surprised at his level of excitement when going home--the most they had seen from him all week

Sometimes things change. I did question the owner and got stonewalled. Now I feel I must ask more questions about staff changes before boarding my pets. I would love any other suggestions on how to address this issue. Sandy .

Oh my gosh I'm so sorry your pets were mistreated. That is just awful.

My worst experience isn't so bad, but it was enough that I didn't return to the facility. When my oldest boy, Kepler, was still a young pup, and we were still in an apartment, we decided to put him in doggie daycare a couple of days a week while we were at work. On the first day, I kept looking for him on their daycare cameras and never saw him. I found out when I picked him up that they just stuck him in a crate all day because he was too little for the big dogs (still a puppy) and too crazy for the little dogs (clumsy puppy). He could have just stayed crated at home for free. :(

Thanks Lindsay for this article.