Home » What did people do for you when your dog died?

My family’s dog Brittni died too young at age 7 a couple of months after I graduated from college.

I had recently moved out of my parents’ house, but I lived close enough to make it back to say goodbye.

I then made the mistake of returning to work that Monday morning and ended up crying at my desk (talk about embarrassing!). I should’ve taken that day off, but, ironically, my boss was actually at a funeral that day, so I couldn’t.

I was in a new town where I barely knew anyone, so when family members and a friend sent me sympathy cards, it really meant a lot.

It’s hard to talk about loss, and it’s hard to know what to do or say when someone you know loses a pet. 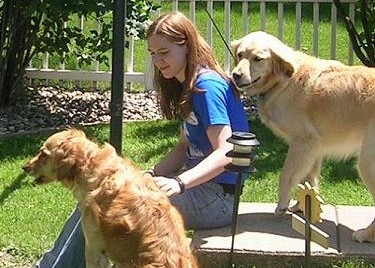 I reached out to fellow dog lovers and asked them to share some of the kind things people did for them when their dogs passed away.

The following are some of the ideas they shared. You’ll notice most of these are very simple, yet they can mean the world to someone who is grieving.

“When my doggie died, my neighbor, who is a designer, created and gave us the most adorable and thoughtful card,” said Heidi Waterfield, who recently lost her Chihuahua named Chupies.

“On the front there was a little wiener-like dog skipping its way up to heaven,” she said.

The card also contained a nice message along the lines of, “It’s so hard to lose a beloved pet. Jasper (their dog) will miss Chupies.”

Waterfield said she still misses her dog “every single day.” 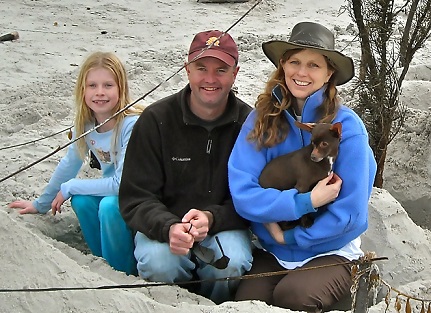 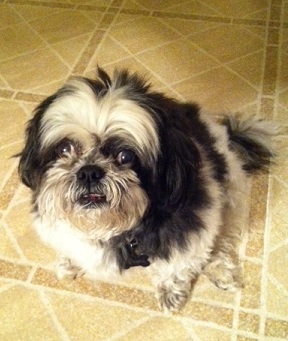 After Noelle Brown put her black-and-white shihtzu Jenniphur “to sleep,” a friend asked her for a favorite picture of the dog.

“What she did was transfer that image onto fabric and created a remembrance pillow,” Brown said.

Jenniphur’s face was in the center of the pillow, and each fabric petal featured a different theme such as fire hydrants, dogs and angels. It also had a tassel in the corner as a “tail.”

“Of course I was in tears when she gave it to me, and the pillow remains one of my most treasured possessions,” Brown said. “To this day, I’ve been unable to write her a thank you note because the paper always gets soaked with tears.”

Brown said the pillow is by far the most special gift she has ever received.

“It was thoughtful, personal and made with genuine love for me and my dog.”

Brown’s other shitzu, Maxwell, passed away recently, and he is pictured above.

When Lisa Cocuzza’s Chihuahua Paco passed away, the vet and staff sent her a floral arrangement with a pet sympathy book, “For Every Dog an Angel.” She said the book had a card inside, signed by every one of the staff members and the vet herself.

“I cried when I got the gift, but it made me realize that with all his health issues, he was more than just dollar signs to this veterinary establishment,” Cocuzza said. “He was a true family member.” 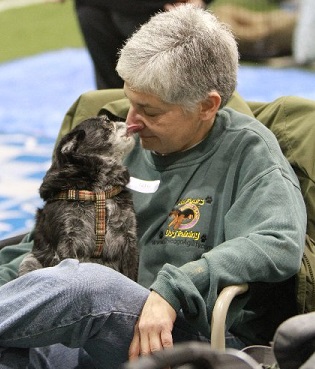 When Hope Saidel had to euthanize her 12-year-old Brussels Griffon named Roc,“the outpouring of sympathy was amazing and comforting,” she said.

“While it’s true that a majority of my friends are also dog people, everyone was completely supportive.”

When she announced Roc’s passing on Facebook, she said more than 100 people took the time to write sympathy messages.

When she later attended a dog training class, she said everyone in the club “took a moment to come over, express their sympathy, share recollections of Roc from years past, and give me a hug.”

Even her “non-dog friends” made contributions to a local animal shelter in Roc’s memory.

“The most touching thought was a picture frame, sent by an out-of-town friend, engraved with her name, dates and accomplishments,” Saidel said. 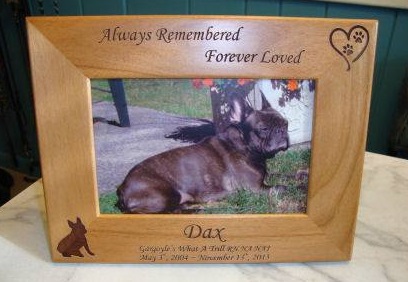 Pamela Ravenwood shared a story about how her friend brought over a basket she made after Ravenwood’s Maltese/shihtzu mix Teenie Parana died.

The basket contained “a funny movie, a pint of chocolate ice cream, a picture of a Nazi Germany concentration camp so we would realize things
could be worse – she has a weird since of humor – and a package of Oreo cookies.”

[quote_center]”Junk food and a funny movie is just what you need at times to just think of something else.”[/quote_center]

She said having such a thoughtful gift helped her take her mind off of the fact that she had lost her “little buddy.”

While flowers and cards reminded her of Teenie dying, she said the basket made her laugh and appreciate the thoughtfulness her friend put into the gift.

“Junk food and a funny movie is just what you need at times to just think of something else,” she said. “Which is what we needed.”

For those of you who have lost a pet, what is the nicest thing someone did for you?

You may be interested in my other posts on pet loss:

How do you move on when a dog dies?
Difficult questions to ask
Planning a perfect day for an older dog

As it happens, today is the 2nd year anniversary of losing my best friend, Ripples. We planted a tree in her honor. I have a pink ribbon tied around it. People were very sympathetic and I received lots of cards and even flowers. But the best thing was, they just let me talk about her.

There wasn't much anybody COULD do for my after Jasmine's passing. I did get some lovely cards ... but the most important thing people could have done for me was not to bring it up at all until I was ready to start talking about it myself.

Phone calls from fellow dog lovers are always nice, if you can manage not to cry through half of the conversation. It's just nice to know that others understand how much it hurts to lose a dog. Thanks for these other good ideas of ways to express sympathy.

Yes, one of my good friends called me to talk about it and I just told her "Well, Ok but I'm just going to sob." She said, that's fine with me. That was nice.

Loss of any kind is hard and losing a beloved pet is no different. Grief and loss are tough topics for our society and then there are people who just don't get how deeply some of us love our pets and how much it hurts when they die. So it's kind of to be expected that many people do or say nothing. But then of course, many people do understand and knowing that helps. I got a card from the vet when Brittni died and a nice ceramic remembrance mold she had made of Brittni's paw. That meant a lot. Cards and little notes are always appreciated. And of course, talking about the pet from time to time.

I didn't remember that the vet had sent you a mold of Brittni's paw. That would be a nice gift.

When my 14 + year old bouvier passed away, I wanted to let the neighborhood know. We had spent many long hours walking the streets even when she became very infirm. Many people I didn't even know would wave at us. So I made a sign with a drawing of her face and her dates on it and put it out by my mailbox. Cards of remembrance started showing up from friends and acquaintances. It was over a year before I got a new puppy, and just the other day, a complete stranger stopped me when I was in my front yard to comment that they were glad to see my new dog, as they had really enjoyed watching me make the rounds with the old girl.

Wow, that is quite the story. Its amazing how many people our dogs can touch, isn't it?