When my husband and I got engaged, we were staying in a somewhat remote area of Minnesota where there was no cell phone reception.

While I would’ve liked to call or text certain friends immediately, I couldn’t.

Not until the next day when we drove into town (Grand Marais) to get coffee. I called a few friends and my parents and told them Josh and I were getting married.

We didn’t post our engagement to Facebook until we got home, and now FB has this day scrolled into my “timeline” as some “fact.” Got engaged on …

Like it didn’t really happen until I posted it.

And then of course my page blew up with comments.

I have to say, I hated this so much that I never actually did the “got married” status change; Facebook thinks we’ve had a long engagement.

I just don’t feel like posting every “life event” online.

And, while I have not yet lost and grieved over a pet in the “social media era,” I could still relate to the essay “#RIP: Grieving my dog offline” by Spencer Bokat-Lindell in the New York Times. 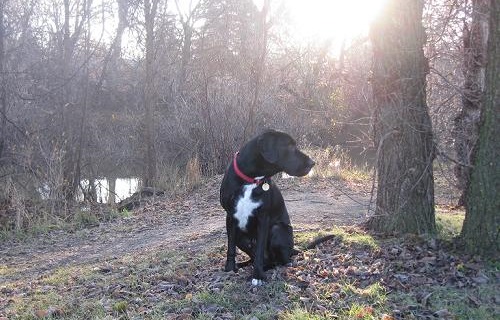 When the writer’s dog passed away, he said he did not post about it on Facebook, which made some people question how important the dog really was to him.

“Did you just not care about her that much?” his father asked. Keep in mind, the father was also grieving the dog.

I thought the essay covered an important topic, because – really – it does seem like we’re “expected” to post certain things on Facebook, which of course is ridiculous.

I hope you’ll head over and read the essay.

From “#RIP: Grieving my dog offline”:

“Did you just not care about her that much?” my father asked earnestly when I told him that I had chosen not to post the way my older brother had. This was coming from the man who had always made a point of showing his dislike for the inanities of social media, and yet he too had started looking to my Facebook status as a true representation of what I was feeling. For the rest of the world, it seemed, my grief wasn’t real until it could be screenshot.

At the time, it was like I was being pushed on stage to perform my grief in front of a 700-person virtual audience, when all I wanted was to sit in my room with the shades down and go through old iPhoto albums from Ginny’s puppy years. But ultimately, I decided to take a moment of undocumented, un-hashtagged time for myself. Though I didn’t receive the public condolences that might have validated my sorrow, there was something refreshing about experiencing a significant event in my life on my own terms rather than in a virtual panopticon of my peers.

We all grieve in our own ways

There’s nothing wrong with posting about a death or other significant event on Facebook, of course. But no one should feel it’s required.

People in general are uncomfortable with death and grief, and maybe a Facebook comment is an easier way to both give and receive sympathy. And that’s not necessarily bad.

It’s just that we all experience loss differently, and that’s OK. 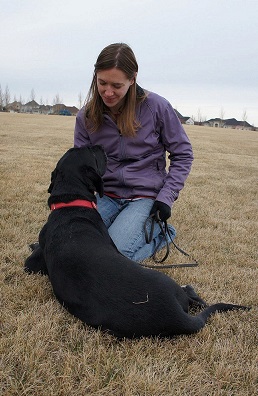 I recently wrote about how I don’t believe in the rainbow bridge – the place some people believe pets go when they die – and I got a nasty FB message that said “No one has liked this post, because it’s a terrible thing to post.”

This comment made me realize just how important it is to talk about grief and that it’s OK if we don’t all share the exact same opinions and beliefs about death or how we experience a loss.

I really liked my piece about the rainbow bridge, and I wanted it to show how much I love my dogs. I shouldn’t have to grieve in a certain way or believe in some bridge in order to love my dogs completely.

We all love our dogs, but we all show that love in different ways.

We will all grieve for our dogs, but also in different ways.

Did you get a chance to read the NY Times essay? What did you think?

I'm definitely going to read over that article now. Grieving is such a personal thing, and I can't blame anyone for not wanting to share it with the world, everyone is different. Some of us like to sit back and grieve alone for awhile and others instantly look for comfort in others. I remember feeling so badly for a coworker a few years back.. Her dog died suddenly so she took a day off. The next day she came in and no one knew what had happened, she wanted to keep it private. A few weeks prior they had done a photo shoot with her dog and so the day she came back after her dog died the photographer handed her the package of finished photos and she lost it. Personally I wouldn't want to be reminded about something like that all day long at work, so I might try and keep it quiet for a bit until the mere thought didn't bring me to tears.

Oh, that must've been so hard for your coworker.

I went to work the Monday after my last dog died, and I ended up sobbing at my desk. This was in the middle of a newsroom; I worked for a newspaper. I had wanted to take the day off, but my boss actually had to go to a funeral so I had to be there to fill in. She was in a bad mood and was chewing me out for something when she got back, and I just lost it. It was so embarrassing, because no one knew what had happened to me over the weekend and they had no idea what to say. It was so awkward.

I think it really depends on every situation. Some things we choose not to share, some things we share. Thankfully, we haven't lost anyone since we started the whole social media blogging thing, so we can't really say how we will react when it happens.

I posted a couple weeks later about Belle and about Image (horse) when they passed. Due to the nature of Belle's passing I could see backlash from people who wouldn't understand. And we still don't talk about it a lot. If someone asks we tell them but its still so sad to us. I'm glad the author decided not to post on Facebook. We don't need to know everything about everybody. My signifigant other/fiance/husband, whatever is still in a relationship with me. Why do we need to tell anyone different? As always its going to be a personal choice but knowing how things can travel with the internet I think twice about posting anything. And grieving is a personal thing. No one can or should tell you how to grieve.

You're never safe on facebook. A friend posted how sad he is that his seahorse died and got ridiculed behind his back because it's just a fish. I never lost a pet before and I don't think I believe in rainbow bridges. But everyone has a right to grieve however they choose to.

That article was beautiful, it made me cry a little. I agree with the author about how vain putting stuff like that on social media can make you feel. I'm also a woefully single married person according to facebook. I wasn't even really using the site when I got married. Some time ago I realized I should probably change my status, then I realized it would have claimed I got married last December or whenever I did it, and decided that was ridiculous and it doesn't matter. The people who I am real, actual friends with know I got married. I think it's the same with pet death; the people who I'm close enough to that their condolences would actually mean something would find out from my tearful phone call at the vet's office, not on facebook.

Haha. I was also thinking that if I changed my status it would also probably say I got married today or whenever I did it. Ha. Which would be funny I guess.