I was scrolling through my Facebook feed, and there was an awful story about a 49-year-old woman killed by stray dogs on the Rosebud Indian Reservation in South Dakota.

In response to the woman’s death, stray-dog “roundups” were taking place where dogs would be gathered up and killed.

But a friend of mine left a comment directing people to a group called LightShine Canine because it’s making a real difference for stray dogs on two South Dakota Indian reservations: Rosebud and Pine Ridge. 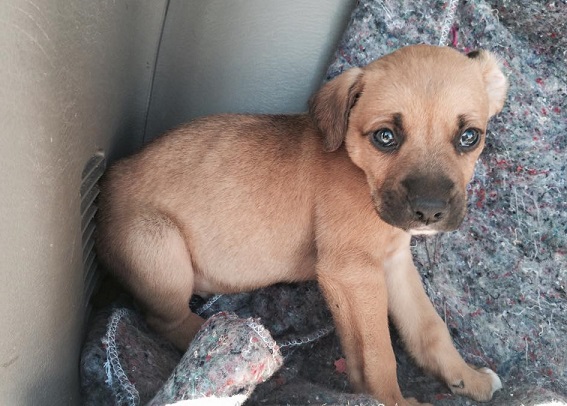 No matter what your feelings are about the dog roundups or the loose-dog problem on various reservations, I want to focus on what LightShine Canine is doing to help.

If you check out its Facebook page, you’ll see one of its mottos is “Boots on the ground, paws off the ground.”

It works regularly with the Pine Ridge Indian Reservation with “full cooperation and permission from the Oglala Sioux Tribe” to rescue unwanted and stray dogs, according to its Facebook page.

Due to the recent dog roundups on the Rosebud Reservation (located more than 100 miles to the east of Pine Ridge), LightShine is currently focusing much of its attention there, rescuing as many dogs and puppies as it can. 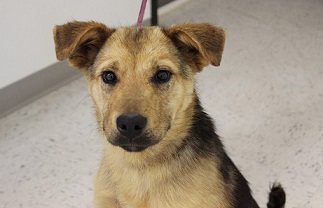 I spoke on the phone with KC Willis, the director of LightShine Canine.

At any given time, she estimates there are between 2,000 and 2,500 stray dogs on the Pine Ridge reservation.

She said LightShine took in 1,250 reservation dogs in 2014 and with the help of dozens of volunteers, got them transported to various rescue groups for adoption, mostly in Minnesota. The dogs were spayed/neutered prior to adoption. 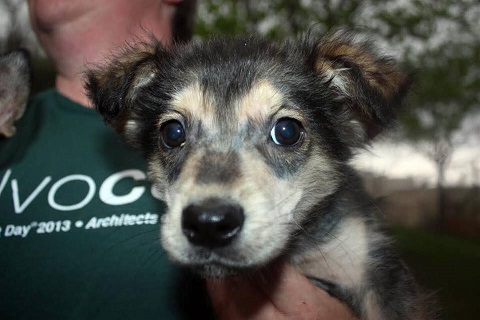 The photos you see in this post are of puppies and dogs posted on the group’s Facebook page.

Willis said so many of the stray dogs are friendly and end up making nice pets. They crave things like human companionship or a warm blanket.

Only a small percentage of the dogs are aggressive, she said. Although they don’t all trust people at first.

Some run away at “50 miles per hour” because they are scared or they flatten to the ground. She said dogs have looked to her with an expression that says, “Help me or kill me, but I give up.”

Why can’t they just spay and neuter their pets?

People outside of the reservations ask questions such as:

Why can’t they just spay and neuter their dogs?

Or, why have a dog if you’re not going to take care of it?

One thing to keep in mind is that the majority of the stray dogs do not have owners, Willis said.

I asked her how she responds to comments like the questions above, and she said these are “first-world comments and suggestions given to a third-world country.”

Her answer may seem a bit extreme, until you look at the statistics.

Here are some stats about Pine Ridge (sources below): 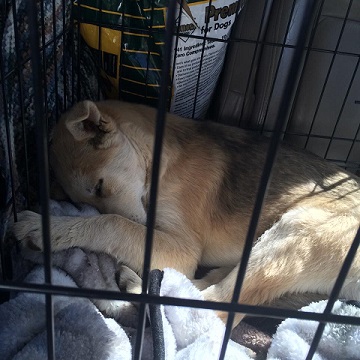 She said 85 percent of the adults are alcoholics and the teen suicide rate is the highest in the country. She describes the area as the poorest in the nation.

When families struggle to have their children taken care of, Willis said caring for a dog is “not on the radar” even though most are animal lovers.

What you can do to help

I heard about LightShine Canine by seeing it pop up in my news feed (thanks Patti!). If some of you wouldn’t mind sharing this post or heading to Facebook to interact on the rescue’s page, it does make a difference. 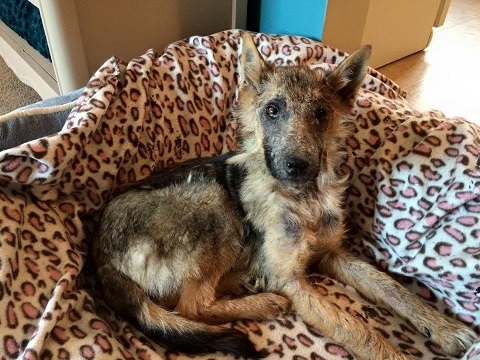 If you would like to donate to LightShine Canine Rescue, it has a donate button on the left column of its Facebook page. It will take you to a secure PayPal page.

If you’re in the region and want to volunteer by transporting dogs, I’m sure the group could use you.

Most people are not even aware of the conditions on so many of the Indian reservations, so educating yourself is the first place to start. You can’t show true compassion for animals until you first show compassion for people.

Were you aware of the stray-dog problem on some Indian reservations?

Good to know! My dog came from a SD Reservation. He’s just the most wonderful addition to our family. Loving and sweet. So very glad we were able to get him.

I just adopted a pup from one of those two reservations. Heartland German Shepherd Rescue (out of Omaha, NE) has recently been bringing pups/pregnant females back from those reservations and putting them in foster homes for future adoption. I had no idea all of this was happening prior to fostering and then adopting my new pup. Thanks for sharing more information about this issue!

If you want me to add her to the post, I would love to see a picture. My email is lindsay@thatmutt.com. Congrats on your new pup!

I LOVE LightShine Rescue and adopted one of the dogs who came from there just this past May! Her name is now Abby, a ~1 yr old, 28# Border Collie Mix. When KC Willis found her, she had a very bad broken leg and ankle, most likely she got hit by a car and left for dead. She was transported to a rescue group in MN, a group that I foster with. Within 24 hours, it was a foster-fail! I just had to adopt her (even though I already have two other dogs). She's had 2 orthopedic surgeries to repair the leg. I'm a holistic nutritionist so her diet is TOP NOTCH. I take her in for chiropractic appointments every other week. She's doing absolutely GREAT! In fact, last Saturday, we ran our first 10K together. I could not be happier about rescuing her! In addition, I've fostered other dogs that have come from this reservation, and they're ALL extremely wonderful dogs. Thank you for bringing awareness to this organization!

Wow, I would love to see a picture of your dog and add it to the post if you don't mind. My email is Lindsay@ThatMutt.com. So happy for you and Abby!

I was browsing through tour Facebook and seen a few German Shepherd mix puppies I would like to see and or talk to someone about. Please contact me @ 606-343-9694