Leave a comment below to enter to win a PRIZE PACK of various Plato Pet Treats for your dog.

Plato Pet Treats are made in an organic-certified facility in California, according to its web site. The treats are made with 90 percent pure meat.

In addition to creating awesome goodies for dogs, Plato Pet Treats is supporting multiple nonprofit organizations through its “Plato Wags Back” program.

Plato Wags Back & How You Can Help

I’ll give you a little more info on Plato Wags Back and some seriously easy ways you can help shelter dogs by getting involved.

Here are just a few ways Plato Wags Back is making a difference:

1. For every new like on the Plato Pet Treats Facebook page, the company will donate $1 to its rescue partners.

2. For every bag of treats sold, the company will also donate to its rescue partners. Click here to order.

Why not head over and like Plato’s page right now? There’s $1 donated. Done!

(Then come back and leave a comment and enter the Plato Pet Treats giveaway below.)

Plato Pet Treats is supporting the following three organizations for 2015:

A U.S. veteran commits suicide every 63 minutes, according to Shelter to Solider. Meanwhile, 3 to 4 million animals are killed in U.S. shelters each year.

Shelter to Solider is making a difference by rescuing shelter dogs and training them to be service companions for wounded combat veterans.

Through Plato Wags Back, Plato will fund the complete training of one of these dogs at the training school based in San Diego.

Fresno Bully Rescue takes in dogs in the Central Valley of California and finds them homes, according to its web site. It typically helps dogs with “bull” in the name such as American bulldogs, bull terriers, pitbulls, etc.

Plato Wags Back is supporting the Fresno Bully Rescue’s spay and neuter program. 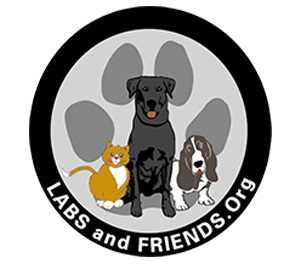 Labs and Friends is dedicated to rescuing and re-homing Labrador retrievers and other dogs in the greater Los Angeles area, according to its Facebook page.

Plato Wags Back is sponsoring the kennel fees for one of the Labrador runs located at the No Kill Los Angeles Pet Adoption Center.

Giveaway – Win a Prize Pack for Your Dog

Would your dog like to try some of Plato’s treats?

Plato Pet Treats is giving away a PRIZE PACK containing 4 to 6 treat bags of various sizes.

To enter, leave a comment below to let me know your dog wants “in” on the drawing.

I’ll choose the winner at random Wednesday July 8. Must have a U.S. mailing address to win.

Below is a video to give you a little more info on the company.

If you’d like to go ahead and order some Plato Pet Treats, you can do so here.

Learn more about Plato Pet Treats and Plato Wags Back at PlatoPetTreats.com.

Would your dog like to try some treats from Plato Pet Treats? Let me know in the comments!

Boone would love to try these treats!

Crockett would love to try these!

My rescue dogs LOVE treats. Of course they want in on the drawing!

My dogs Dexter and Peppermint Patti would love some new treats and let everyone know that they love them!

Sounds like a yummy treat my dogs would enjoy!