9 Things to Know Before Fostering a Dog With Kennel Cough

If you have any questions about caring for a dog with kennel cough, leave them in the comments.

I want to encourage people to consider fostering dogs and cats with minor illnesses because getting them out of the shelter environment is so important for their recovery and chances of adoption.

If your own dog has ever had kennel cough or if you have ever fostered or adopted a dog with kennel cough, please share your experience.

What is kennel cough?

Kennel cough (bordetella) is caused by a bacteria, but a lot of people use the term “kennel cough” to describe respiratory illnesses caused by either bacteria or viruses. 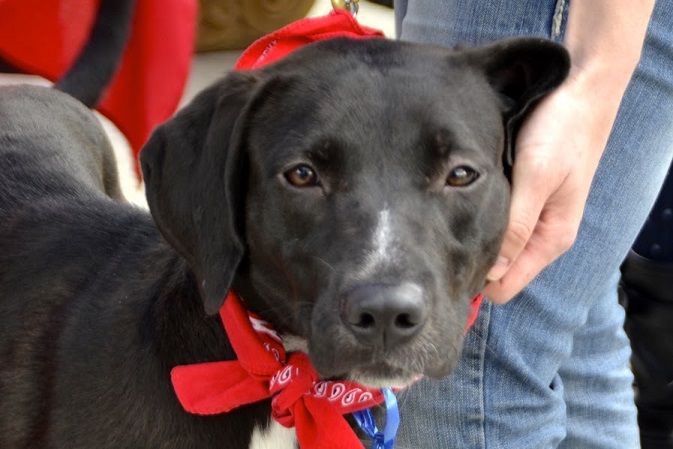 A fair number of shelter dogs develop kennel cough just because you have a lot of stressed-out dogs living in a small space. Illnesses are able to spread quickly. This is especially true for puppies, senior dogs or dogs with weak immune systems.

[quote_center]Kennel cough is generally not a major issue. However, it can lead to more serious issues like pneumonia.[/quote_center]

I volunteer with a local Labrador rescue group, and it’s fairly routine for the group to take in shelter dogs with kennel cough.

Lana was one of those dogs. I fostered her earlier this year.

Kennel cough is generally not a major issue. However, it can lead to more serious issues like pneumonia. That’s what we were worried about with Lana because she was so sick in the shelter.

What to know before fostering a dog with kennel cough 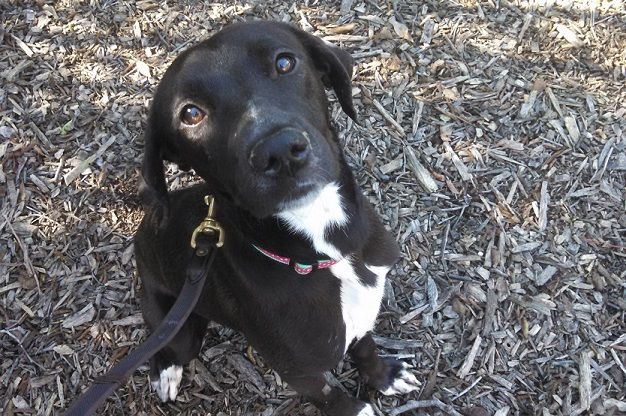 1. Put your own pets first.

I weighed the pros and cons of fostering a sick dog before I committed to it.

I was comfortable with the risk because:

2. Know what symptoms to expect.

Make sure you have a contact person with the rescue group or shelter who can offer you feedback if your foster dog gets worse. Be prepared to take the dog back to the vet if needed.

Lana was very thin and lethargic when I first brought her home. I could tell she was feeling miserable, and I was watching her closely to make sure she wasn’t getting worse. She had no appetite.

Kennel cough is often described as a dry cough or “hack.” Lana had a loud cough, and she also had white and green foam/phlegm coming from her mouth.

She also had green discharge from her nose. It was gross!

3. Keep the dogs separated for a few days.

It’s best if you have a separate room or at least a crate where you can keep your foster dog away from your own pets for at least a few days.

This will help your foster dog rest, and it will help decrease the risk of your own dog/s getting sick. It’s only temporary!

This was nearly impossible for us in a two-bedroom apartment, but we did the best we could. I kept them separated for about 4 days and then I gave up and hoped for the best!

You don’t have to worry about getting sick, but wash your hands often and keep contact with the foster dog to a minimum so germs don’t spread through you to your own dog.

I did not pet Lana very much for three days, even though I wanted to hug and hold her while she was so sick. I gave her a little affection after each potty break, but then I put her back in her kennel and washed my hands.

I even changed clothes because she often coughed phlegm and snot onto my jeans. 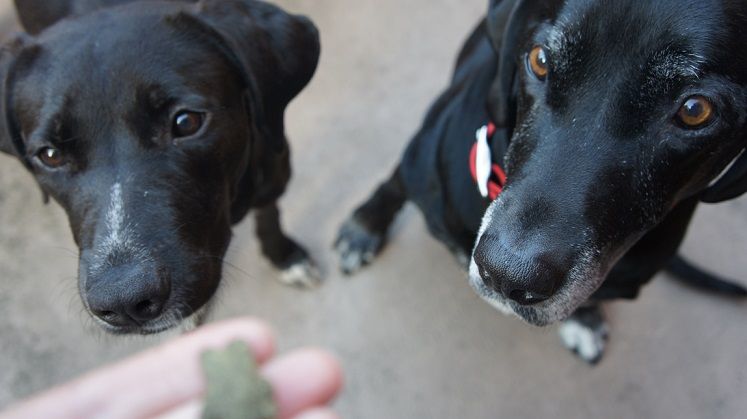 6. Expect a different dog once the foster dog is feeling better!

The first couple days we had Lana, she slept and slept. She was extremely docile and calm and gentle. She could care less about our pets and she did not make a peep in her kennel. She did not pull on the leash or even seem to notice other dogs.

Lana was feeling better and her true, spunky personality shined through. She had lots of energy, a bit of sass and began pulling on the leash, barking at other dogs and trying to chew everything she could get her mouth on.

7. The cough hangs on for weeks.

Although Lana started to feel better, her cough hung on for a full month.

Because Lana was sick for the first few weeks, I couldn’t bring her to adoption events. This was hard for me because I like to move my foster dogs out as fast as I can.

Instead, I had to depend on people falling in love with Lana through her pictures on the web site. She did have some people interested. However, nothing worked out until I was finally able to bring her to her first adoption event one month later. She got adopted within 90 minutes.

9. It delayed her spay surgery.

Lana was not spayed. The rescue typically schedules the spay surgeries before the dogs are adopted, but we did not feel safe scheduling Lana’s surgery while she was sick.

Because of this, she ended up getting adopted before she was spayed. I’m thankful the rescue is reasonable with this policy and trusted her new family to schedule the spay surgery, which they did. The rescue covered the bill.

This is such a good example of why there needs to be flexibility in all of a rescue group’s systems and policies.

So that is my experience with fostering a dog with kennel cough.

It was definitely worth it, and it was so rewarding to play a role in saving such a nice dog’s life.

Today, Lana is living the good life on a ranch in greater San Diego with a retired couple and another Lab mix. I miss her, but her new family is giving her a great life.

Here she is at her new home: 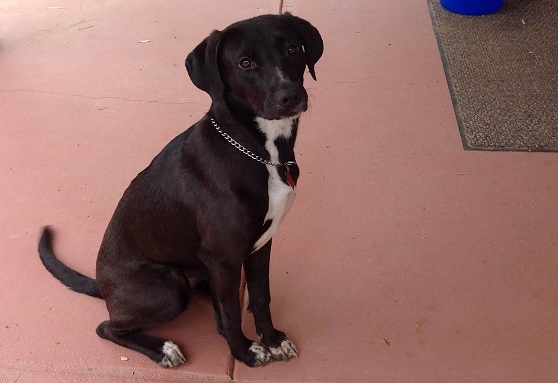 Do you have any questions or experiences to share? 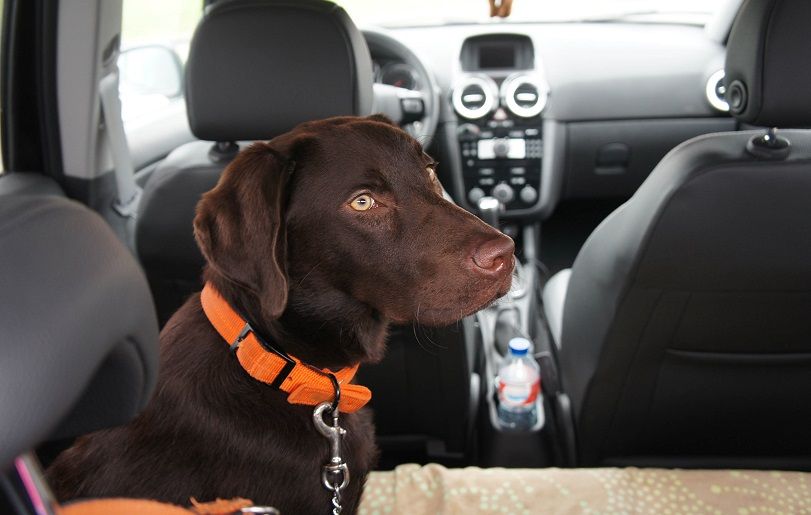 Previous
How do you feed your dog raw food while traveling?
Next
What Do You Love About Retractable Leashes?
Click here to cancel reply.

[…] can pick up sicknesses like kennel cough (= bordetella) from other sick dogs at the park, even if they’ve been vaccinated. That’s […]

I don't know if my comment posted. Does anyone know if giving a dog children's cough syrup works for kennel cough. A friend is fostering for the first time and that's what the rescue told her to do. Thanks.

I would ask a vet to be safe.

I volunteer at a high kill shelter and they all have KC and some pneumonia. I do everything right when I bring one home but keeping them separate with the a/c circulating doesn't make too much difference. 10 days quaranteened and only one of my own dogs got a little sneeze once so not too bad but it is highly contagious.

It's great to hear about a rescue being flexible like that! My dog had what might have been kennel cough a few months ago. He just had a mild cough, it never got worse than that. I did take him to the vet, but because he was so scared and his symptoms were so mild the vet chose not to do any tests and just have me bring him back if it got worse. It didn't. The worst part was keeping him inside until his cough had been gone for a couple days because I didn't want it to spread around the neighborhood. I've never fostered a dog with kennel cough, but I have had several sick foster kittens. The worst was the calicivirus breakout. This tiny bottle-feeder gave almost every cat in my house calici. It was a nightmare. We nicknamed him "Plague Kitten."

I bet you have a lot of stories you could share about your experiences fostering such young kittens. I'm thankful for all the work you do, even when it is hard.

We were given a dog that had it. All of our dogs had been vaccinated previously. We have several dogs so it is a routine vaccination for our guys and girls. Treating her was as easy as giving her a pill twice a day and not letting her be overactive (no rough housing) for 10 days. She was among the others and no one else had any issues.

Good to hear it wasn't a big deal for you either.