I encourage many people to foster adoptable dogs, but it isn’t for everyone.

Last year I made the mistake of fostering a dog I wasn’t prepared to handle. I was gone too often and she couldn’t be left alone.

Even if you are a dog lover with good intentions, remember that some dogs in rescue programs are there for a reason. They all have issues in some form or another (all dogs do), even if it’s simply related to a lack of basic obedience training.

There is always some risk involved with inviting a new shelter pet into your home. Pictured throughout this post is one of my foster dogs, Vixen, an American pit bull terrier. 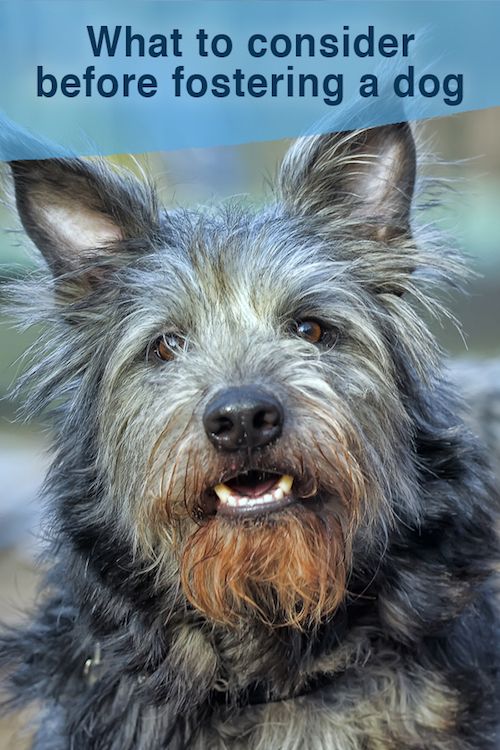 1. You aren’t obligated to keep the dog for any amount of time.

It’s common for foster parents to return a dog before it finds its “forever” family. There is no written statement saying you have to keep the foster dog or cat for weeks, months or even days.

If the rescue program you are working with makes you sign something saying you will keep the dog for a given amount of time, don’t sign that form.

If the dog is not a good match for you, you should not feel obligated to keep it. That is not a good situation for a person or a dog, and any rescue organization should know that.

I returned a foster pitbull last year after about 36 hours. It just did not work out. Even though I felt guilty, I had to keep in mind my own life, family and pets and put myself before the foster dog. It’s OK to return a foster dog! 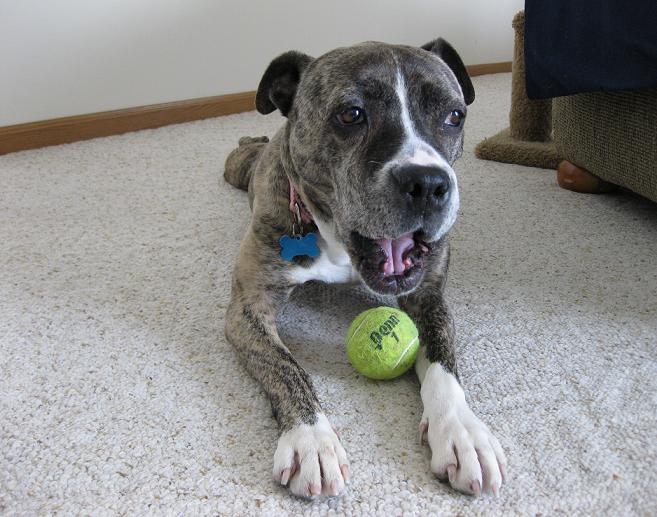 Sometimes it’s a good idea to make a mental commitment to yourself how long you are willing to foster before you take the dog home. Maybe that time is a few weeks, three months or six months – it’s up to you.

2. Choose the dog you foster wisely.

Don’t foster just any dog or cat. Instead, wait for one that will work well with your lifestyle.

Even though fostering is temporary, you could be living with that animal for an extended period of time. See my post: how to prepare for a foster dog.

When I adopted my mutt Ace, I gave myself two months to choose the right dog. Fostering is a little different, but I knew I could not tolerate a dog that would attack my cats or disturb my neighbors or other people.

You should also ask if the foster dog has any health concerns such as kennel cough, worms, fleas or allergies.

See my post: Fostering a dog with kennel cough

There’s always a risk with bringing home a new dog or other pet. It will take some time to get to know her, and at any time she could bite a person, dog or cat.

There’s also the possibility your own dog could bite or attack the foster dog. Watch for signs of possessiveness or aggression from your own dog, not just the foster dog. After all, he is the one whose space is being invaded, and dogs are territorial.

Make sure you and the rescue organization are clear who will cover medical costs if a pet or human is hurt and needs to see a doctor. It’s a good idea to have a written contract signed by both sides.

There is a possibility your foster dog could bite a neighbor or visitor in your home, and you don’t want to be responsible.

4. You will get emotionally attached.

I’ve heard and seen a lot of sad stories involving shelter dogs over the years. The reality is I am not able to help every dog, so I don’t allow myself to get too emotionally attached too quickly to any particular dog.

Remember that unless you end up keeping the dog permanently, you will have to part with her at some point. Either she will go to a new family or back to the shelter.

See my post: Should I adopt my foster dog?

5. You will spend some money.

Even if the animal rescue program you are dealing with pays for “all” the expenses such as food, spaying and neutering, other vet bills, etc., there will still be small exceptions that pop up. Maybe it’s more cleaning supplies, treats or finding chew toys.

You might spend more gas money driving to and from the dog park. Or you might just be spending more time with the dog rather than working and earning money!

6. The dog will have issues of some sort.

My foster dog Vixen was potty trained. Vixen knew commands. She loved people and got along with some dogs. She did not pull on a leash, and she rarely barked.

She had short hair and required very little grooming. She was content to curl up on a pillow for hours.

However, most dogs in rescue programs have issues of some sort, whether it’s dog aggression, food aggression, tons of energy or no training. Vixen’s problem was she was scared of being in a kennel.

7. There will be an adjustment period.

I did not get much sleep the first night we had Vixen home. I was up every few hours because she would bark in her kennel. Instead of getting angry with her, I understood it would take her some time to adjust to our routine. I was willing to work with her.

Any foster dog will need some time to adjust to your home. Think about what that dog has been through in her life. Going from home to home or shelter to shelter is stressful on any dog.

8. There could be damage to your property.

Pets get into trouble. If your shelter dog is not in a kennel when you are gone, she could chew anything or scratch anything. If you foster a mother dog and her puppies, expect the puppies to have some accidents.

Be prepared for that and know in advance who will pay for the damage, you or the rescue. If you are renting, it won’t be your landlord!

9. Your own dog will get less of your time

My mutt Ace was used to a long walk with me every day and some training, too. He didn’t get as many walks while we were fostering Vixen because more of my attention was on her.

I took the dogs for a walk together twice a day, but Vixen was the one who got extra training time. Teaching my dog not to bark at the door and other issues were on hold during fostering.

I still took Ace to dog agility once a week without Vixen. He really liked getting a break from her! Keep these things in mind if you will be providing foster homes for dogs.

10. Be considerate of other family member and pets.

My cats got used to Vixen, but they were stressed at first. I added an extra litter box for them upstairs in case they ever feel apprehensive about venturing downstairs where the dogs usually were.

Ace pretty much ignored Vixen, probably because he was used to having all my attention. He would sit with his back to her and throw a silent tantrum. Haha. 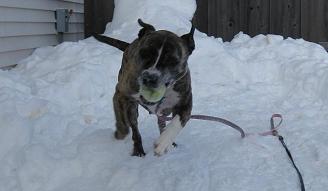 And my husband Josh didn’t appreciate getting woken up by a barking dog or that I was extra stressed from supervising four animals. I tried to remember that none of them asked to have another dog in the house, they were all tolerating Vixen because of me.

It is helpful for me to use a crate for my foster dogs or to use gates to separate the animals while everyone gets comfortable.

Usually there is one family member who is a lot more excited about having another pet around than everyone else and will end up providing the real foster care for the dogs and cats.

Obviously, I’m that person in our case. I’m lucky that Josh is willing to tolerate all my animals, but it’s exactly that. He tolerates them while I’m the one doing all the work.

I walk the dogs, feed all the animals, work on training, supervise all of them, etc. Even though I enjoy it and brought this upon myself, it’s work.

Your schedule will be interrupted in some way. I got up early to make sure Vixen got a good walk in before I left in the morning and another walk in the evening before bed.

I also spent free time working on training her and giving her attention. Another thing I tried to do was not be away from home for too long in case she started barking while I was gone.

13. Your own dog could develop bad habits.

Ace became more territorial having Vixen around. He barked even more than normal when someone came to the door. But he did not learn that from Vixen.

But think about it, if one dog pulls on a leash, the other will. If one knocks everyone out of the way to get through the door, the other will too. I did the best I could to set rules for Vixen and Ace.

I required both dogs to walk at my side. Before and after walks, I had both dogs sit before entering or exiting a door. They both sat before eating or drinking. I was lucky to have a calm, laid-back foster dog.

In our case, there were times when Vixen could not be left home alone. Josh had to skip a meeting, and I considered skipping a party but instead a friend stayed with our pets – thanks Justin!

15. The experience is one of the most rewarding things you can do for an animal.

By fostering a dog, you are saving her life. That makes all the hard work, time and energy worth it. It is one of the most rewarding things you can do. There are many reasons to take in a shelter dog.

Now, I’d love to hear from you! Have you ever fostered a dog before?

30 thoughts on “15 Things to Consider Before Fostering a Dog”