Home » Surrendering Your Dog to a Shelter or Rescue Group

Can you imagine having to think about surrendering your dog to a shelter?

There’s an important post over at the blog Beyond Breed that I’d love for you to read called: “I Love These Dogs”: The Squiggly Lines of Pet Owner Support. Read it here.

It’s about how “forever homes” are not always possible and that re-homing a dog does not make someone a “failure.” Often, it actually takes a lot of strength to give up a pet.

In the post, Kim Wolf writes about the story of a man named Derek (pictured below) who makes the difficult decision to re-home his dogs Sheba, Butch and King. And while Derek was doing everything right, there were people who said things like, “I would never give up my dogs – shame on you!”

Can you imagine how hurtful that would be? 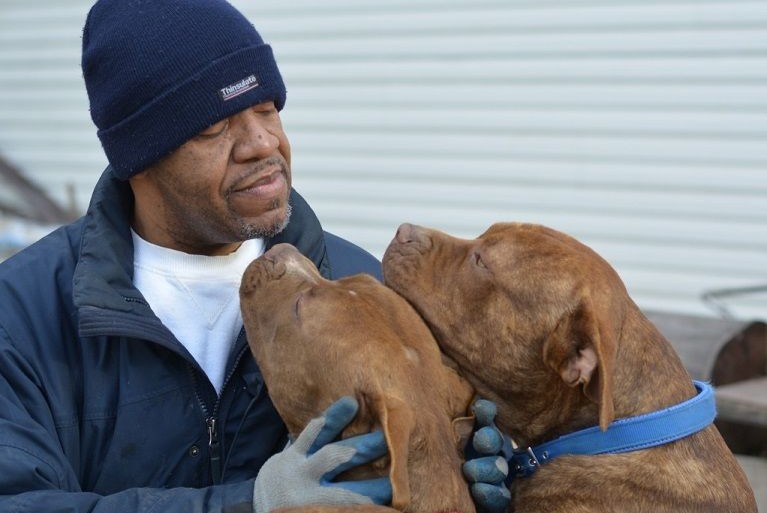 In the post, Wolf also shares her own story about re-homing her 12-year-old pitbull.

From Kim Wolf at Beyond Breed:

I rehomed my 12-year-old pit bull, Martha Washington, in 2014. I felt like The Worst Person Alive.

I had recently divorced and money was tight. I was doing my best to care for my pets, but my love was not enough. On an October morning, my ex-husband picked up Martha and she never came back. She had a new home, but it wasn’t in mine.

So when Derek, a Ruff Riders family member, said his personal life was unraveling and he asked for help, I remembered how it felt to be The Worst Person Alive.

I’m sure some of you can relate to the realities of re-homing dogs and cats. I’m thankful I have never been in a situation where I had to make such a difficult decision about any of my animals. 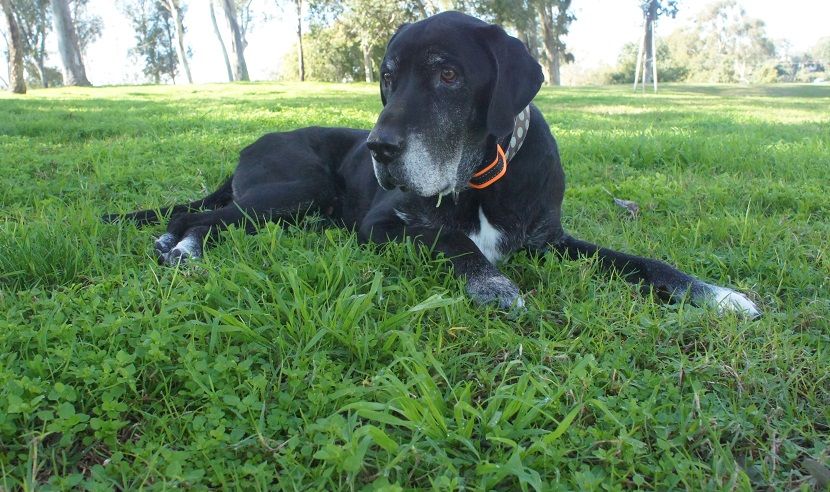 I’m also so thankful for my dog Ace’s previous owner in Ada, Minn. She gave my dog a solid start in life, and it’s good to know Ace has never known anything but love. I know it was hard for her to give him up, but she also knew she was doing what was best for Ace. I will always remember her kindness.

Let me know if you have any similar stories to share.

Have you ever re-homed a dog or taken in a dog from someone else?

Returning a rescue or shelter dog

Why do people give up their pets when they move?

Giving up a dog

just look at all of the homeless people that have dogs...i just cant imagine doing this for any reason.

i would never surrender my dogs. i was in a car accident, rear ended and was told by the ems and police i needed to go to er, they said we will take your dogs to the animal shelter, which is a kill shelter, i said no way. ems and police got really mad. i would die first b4 surrendering my girls. i just read a terrible thing that is happening in Quebec, Ca, all pit bulls and pit bull mixes will not longer be allowed...they have 6 mos to get rid of their dogs, move or surrender them to be put down. how horrible. it is the BSL legislation...disgusting. thousands of dogs will die.

Several years ago, I was forced to leave my dogs with my ex husband. It turned out to be a huge mistake because he got rid of them (I don't know if he found them good homes, like he said, or if he lied and took them to the shelter, which was high-kill at that time). I might as well have gotten rid of the dogs myself. But I didn't have a choice. I had no job, no money, and my life had completely fallen apart. It was the worst feeling ever. I remember the animal shelter I had once worked at telling me to never put down a person for surrendering their pet. Not only do I not know their circumstances, they said, but isn't it better that they surrender the animal than keep him in a situation where he's potentially not going to be taken proper care of?

That must have been so hard for you to go through. Thanks for sharing that. I know it will be helpful for others who might be going through something similar.

Oh yeah, and no home because my ex got it.

“I would live in a car before losing one of my furbabies!” Imagine, can you?, that some people don't even own a car. Or, they have a family with non-fur human babies and rather not risk a visit from CPS.

We haven't had to rehome any pets, but I don't mind second hand dogs. Ours was a stray pound puppy, and he couldn't be more perfect for us.

Exactly. That car comment is the perfect example. Or "I'd live in a box."

It's hard for people to imagine giving up an animal if they've been fortunate enough to never be in that position.