What is the Doggie Don’t device?

Doggie Don’t is a new product designed to stop unwanted dog behaviors such as barking, jumping or counter-surfing.

The Doggie Don’t is a handheld device that makes an unpleasant sound at the push of a button. The sound is audible to both dogs and people (it sounds like loud static) and is designed to interrupt the behavior without causing harm. The owner can then praise the dog.

You see, dog owners are often instructed to ignore unwanted behaviors and to reward good behavior. However, ignoring a dog doesn’t always work!

The Doggie Don’t is an effective way to interrupt the unwanted behavior so you can praise your dog!

This review is sponsored by Doggie Don’t Device. Use code MUTT for FREE shipping. 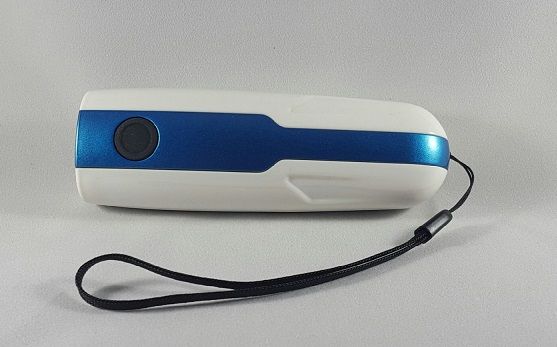 The Doggie Don’t is very effective at interrupting unwanted dog behaviors such as jumping or barking. I use it with my puppy Remy when he keeps jumping while I’m sitting on the couch or at our patio table. It’s enough to interrupt the behavior so I can reward him for sitting or standing. He knows not to jump when the product is in sight.

The Doggie Don’t was created by dog lover Sarah Beck because she said her two schnauzers were so challenging out in public. They used to lunge, “screech” and bark when they saw other dogs. 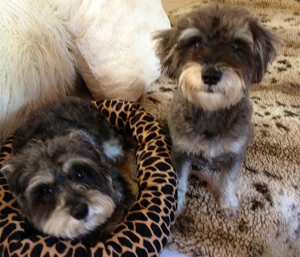 “Not only was it embarrassing, I was afraid that another dog would attack them,” Beck said.

She started walking with a stun gun so she could protect her dogs if another dog ever did attack, she said. One day when they were in a frenzy, she decided to click the stun gun while saying “no barking,” and it worked!

“I started using it every time they would go into the barking frenzy,” she said. “It would make a loud noise and they actually listened to me.”

She wasn’t hurting her dogs. She was just using the sound to divert their attention. 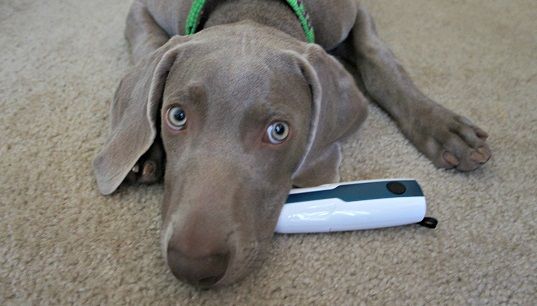 This is what motivated Beck to create the Doggie Don’t device so other dog lovers could have a device that would make the sound of a stun gun without the ability to shock a person or dog.

What is the cost?

The cost of the Doggie Don’t is $49.95. You can order the product HERE. Use code MUTT for FREE shipping.

Checkout is with PayPal or credit card.

What’s unique about the product?

I would compare it to the loud, static on a TV. Annoying, right? It gets your attention, which is the goal here.

How to use the Doggie Don’t

If he doesn’t follow your command, use the Doggie Don’t one time to interrupt the behavior. Then, praise him for being quiet or for keeping his paws on the ground or whatever you’re working on.

Pros of the Doggie Don’t: 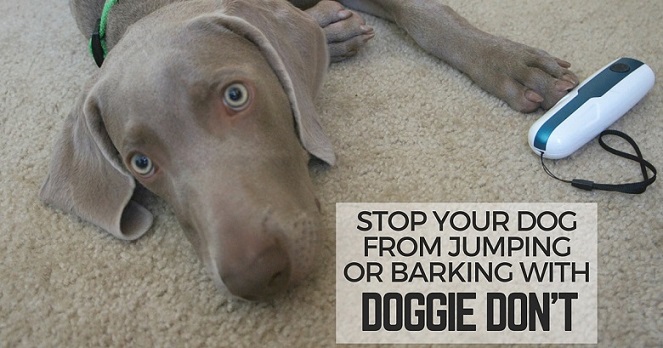 Would I buy this product?

No. While I love the product and it’s really nice to have for my puppy Remy, I don’t think I would spend $50 to order one at this time. My pets’ “bad” behaviors are not such a problem where I feel I would need to order a Doggie Don’t.

That being said, $50 is nothing compared to hiring a dog trainer and it’s well worth the investment if it gets a behavior under control, allows your dog more freedom or keeps others safe.

Would I recommend the product to others?

Yes, I would recommend the Doggie Don’t to anyone who is dealing with a problem behavior such as jumping, barking, counter-surfing, etc.

Giveaway – Win a Doggie Don’t for Your Dog

*This giveaway has ended.

Doggie Don’t is giving away a device to two lucky readers of That Mutt. You can win for your own dog or for a friend’s dog.

To enter, just leave a comment below to let me know why you would use this product. I’ll choose two winners at random on Friday July 22. Must have a U.S. mailing address to win. 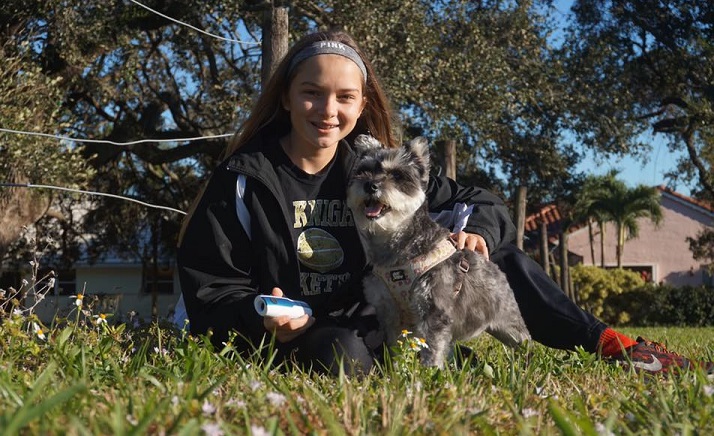 How could this product help your dog or a dog you know?

I have a Yorkie and a more. I have tried everything to get them to stop barking at the any and everything. Every little noise, a bird pecking. I really need help. I hope this works.

Congrats to Carla and Jennifer J.! I will email you.

I have a little rescue chihuahua that won't stop barking! I paid a trainer to help us but it isn't working. I watched the Dog Whisperer videos and that hasn't worked either! A few of my neighbors have complained and I don't blame them. It's hard for any of us to relax and it's not healthy for her to be reacting so strongly. She's a really loving, beautiful dog but I can't get her to stop barking long enough to provide positive reinforcement. I would be very grateful for a chance to try this device and I would love to share it with my friends at the dog park!

I think it would be amazing to use this product! I have a six month old puppy and he cannot seem to stop jumping on people, and licking them frantically. From my understanding this product is small and easily transportable so I could use the product in different locations to best get through to my dog that jumping on people is wrong everywhere. Also I want to stick with positive reinforcement tools with my puppy and this seems like it could be a useful tool to utilize. Being a groomer/trainer I am always interested in learning about new products to keep current on what works best, and what to recommend to my clients.

I have an older pup, the vet isn't sure if her hearing or her sight might be going but she barks at every little noise, we own and run a family resort so that is a lot of barking! I'd love to try the doggie don't!