M.A. Kropp is a writer for That Mutt. She is an animal lover and enjoys working with her pitull mix named Lambeau. Welcome her by leaving a comment.

We adopted our American pitbull mix puppy, Lambeau, in December 2013. He was eight weeks old. We enrolled him in a puppy class at our local dog training facility. He did fine, given that he was a puppy. He graduated and got his certificate.

We wanted to continue his training, so we enrolled him in the next level class.

It was a disaster!

He whined and barked and pulled on his leash the entire first class.

It was impossible to keep his attention on me for more than a split second. All he wanted to do was play with the other dogs. 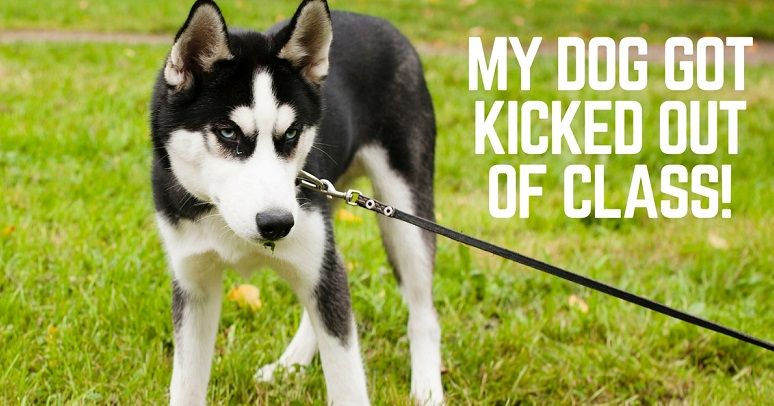 The final straw was when we started working on coming when called. I took him to the end of the training room where one of the instructors put him on a long line. I let him sniff the handful of treats I had, and then went to the other end of the room and called him. He started fine, flying toward me down the room.

And then about halfway down, one of the waiting dogs shifted on her blanket at the side.

Bam! Lambeau changed course and pounced on her.

I’m sure he thought she wanted to play. She was startled and nipped him on the lip. Everyone converged on the two of them, I got his leash on him, and dragged him away, apologizing profusely to the owners of the poor dog he’d pounced on.

The lead trainer came over after making sure the other dog was okay and asked if he’d been hurt. He hadn’t. Then she looked down at us, me with my arms around my whining, struggling puppy, and him only wanting to run back and play with the other dogs.

“You know, perhaps you might think about a few private lessons with him for a bit. And come back to a class after.”

Which, of course, was her polite way of saying he was far too unruly for a class situation and he was too distracting for the other dogs and owners.

I was mortified. I nodded and we left. I was embarrassed and upset. What did all the other owners in that class think?

“What an awful dog! And that woman can’t handle him.”

And the trainers? I was sure they were all shaking their heads and thinking: “She shouldn’t have that dog. So irresponsible. If she can’t control him as a puppy, how is she going to do it when he’s grown? Maybe she should get a Chihuahua or something.”

I knew we couldn’t go back to the class, but private training? Isn’t that for really bad dogs? The ones that are aggressive and dangerous? Not for a cute, super-friendly pup like mine.

Still, something had to be done. I didn’t want to end up with an unruly dog that no one wanted to come near. So, I took a deep breath and arranged for a session of private lessons.

It was one of the best things I’ve done with Lambeau.

Our instructor was really nice, and she told us that some dogs just can’t be in a group situation right away. They need to be taught some self-control and how to focus better first. 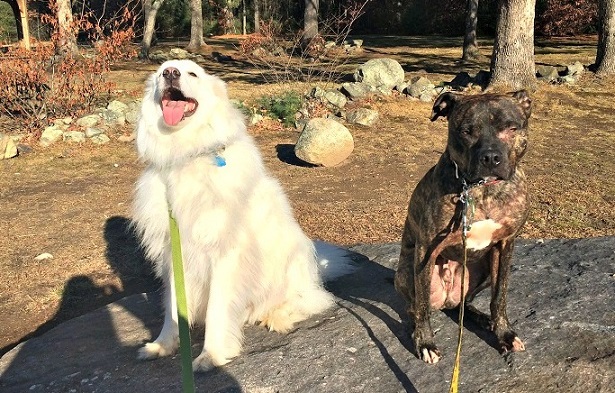 We worked on simple exercises to get him to pay attention to me, leash control and ignoring distractions. Slowly, we started bringing him closer to the other classes and dogs in the main areas of the training building. He got better. Not perfect, but better.

I think I learned as much or more than he did.

He’s not perfect, but we were able to take that second level obedience course and get his graduation certificate.

I’m not a trainer. I’m just a dog owner who wants her dog to be well-behaved enough that people don’t mind him being around. Just like a lot of other dog owners. 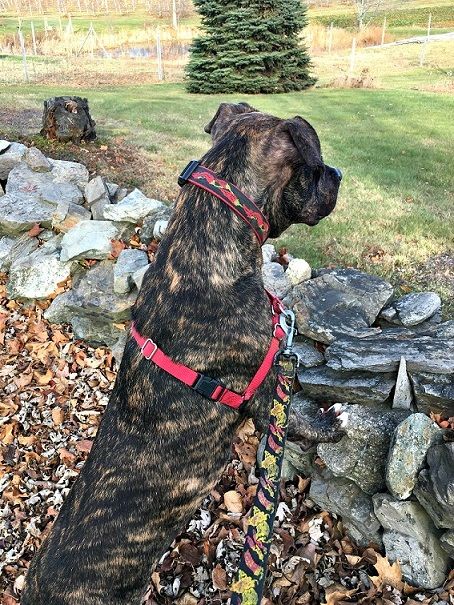 I’ve talked to other owners who feel like I did – embarrassed and a little upset by their dog’s behavior, but still hesitant about private lessons that are often considered the last resort for an almost hopeless dog.

But in many cases, a few private sessions without the extra distraction of other dogs is exactly what is needed. I had to put aside my feelings and do what was best for my dog.

And every time I hear someone say: “Your dog is so good!” I know it was a good decision.

Have you ever felt embarrassed or upset by your dog’s behavior?

This can be very helpful for others who are struggling with their dogs. It helps to hear from others.