How to Get Your Dog to Sleep In

Home » How to Get Your Dog to Sleep In

Our weimaraner barked every single morning around 5:30 a.m. for more than a year. We finally solved the problem!

Here’s how to get your dog to sleep in. At least, this is what worked for us.

We bought a GE Bluetooth timer for a lamp that sits right next to our dog’s kennel in the living room.

He learned that when the lamp “magically” turns on in the morning, he gets breakfast.

So instead of barking, our dog learned to wait.

I can’t believe how quickly this worked and I’m so glad we gave it a shot.

Buying the timer was so worth it!

It’s extremely frustrating and stressful to be woken up at 5 a.m. to barking every single morning. The timer was a small price to pay for getting a good night’s sleep every night and starting my day without stress.

The timer even made my dog happier because he knows how to WAIT patiently. He’s calmer.

How to get your dog to sleep in

The timer we bought is the GE Bluetooth Smart Switch plug-in.

This is not a sponsored post. I just wanted to share a product that made a big difference for us.

How to use the timer:

There is a lot of flexibility with the app so you can adjust for different times each day or you can set it for certain times for certain days of the week. It’s really simple to use. It’s also nice to be able to set the light to turn on when we are traveling.

It’s as simple as Pavlov’s dogs.

In just a few days, your dog will learn that when the light turns on he gets food.

1. Set your timer to go off before your dog would normally bark.

On the first morning, we had the timer go off a few minutes earlier than when our pup would normally start barking.

I also set my own alarm clock to go off at 5:10. That way I had plenty of time to wake up. I waited quietly at my bedroom door until exactly 5:15 and then I walked out to the living room and did my best to place his food bowl in front of him within a minute of the light turning on.

Lamp turning on = food. (The faster you can deliver the food, the better.)

On Day 1 of this, there was no barking for the first morning in over a year.

2. Stick to that for a few days and then slowly change the time to later.

We were able to quickly move the timer so the lamp would turn on later and later, but it’s best to wait a few days before adjusting the time. That way it’s easier for your dog to be successful.

3. Use the timer consistently for 2 months.

In our case, the timed light broke the barking habit immediately.

After about six weeks it was clear we didn’t need to set the timer anymore. My dog’s new habit is to wait patiently instead of bark.

However, I suggest you use the timer for a good two months just to really solidify the new habit.

It’s been about three months since we started using our timer and now we don’t need it anymore. The barking habit is gone. However, if we ever need to we will quickly return to using the timer, and it wouldn’t be a problem if we had to use it ongoing. It’s just so simple to use.

The GE Bluetooth Smart Switch is available on Amazon HERE.

5 additional training tips to get your dog to sleep in:

1. Know why your dog is barking in the first place.

My dog barked because he wanted to eat, but some dogs bark because they want to go outside or they just want to see you.

If your dog barks because he wants to go for a walk, then you’ll need to pair your lamp turning on with a walk instead of food. You’ll also have to set your own separate alarm clock accordingly so you’re ready to head out for a walk when the timed lamp turns on.

2. If you’d rather not feed your dog right away, give a treat instead.

If your dog barks to eat but you’d rather not feed him right away, try giving him a high-valued snack when the light turns on like a bully stick or a Kong toy stuffed with peanut butter.

He can work on that while you get ready to go for a walk or to feed him, etc.

3. Don’t expect too much from puppies.

This post is geared towards older puppies and adult dogs. If your puppy is still very young, wait with this training approach until you know he can easily hold it all night and doesn’t need to rush outside immediately when he wakes up.

I would start this training approach once the pup is about six months old.

4. Using a timed lamp is just one example.

You could try a similar approach as the lamp but instead use sound instead of a light. A basic alarm clock by your dog’s kennel could work. Or you could set a radio, TV or music to turn on at a specific time each morning.

5. What about just ignoring the whining?

This is good advice, but it didn’t work well for us. It worked only if I got up extra early and went to Remy before he started whining. Once the whining started, he wouldn’t stop. I felt like the whining and barking was being reinforced more and more each day by allowing it to happen, and we’re in an apartment. I’m sure our neighbors would prefer not to hear our dog barking.

I wrote a few posts on this method, and you could certainly give it a try:

Do you have any questions? Thoughts? Comments?

Let me know in the comment section below! Thanks.

Lindsay Stordahl is the founder of That Mutt. She writes about dog training and behavior, healthy raw food for pets and running with dogs.

Some of my favorite training products:

Previous
How Would Your Dog Respond to Danger? 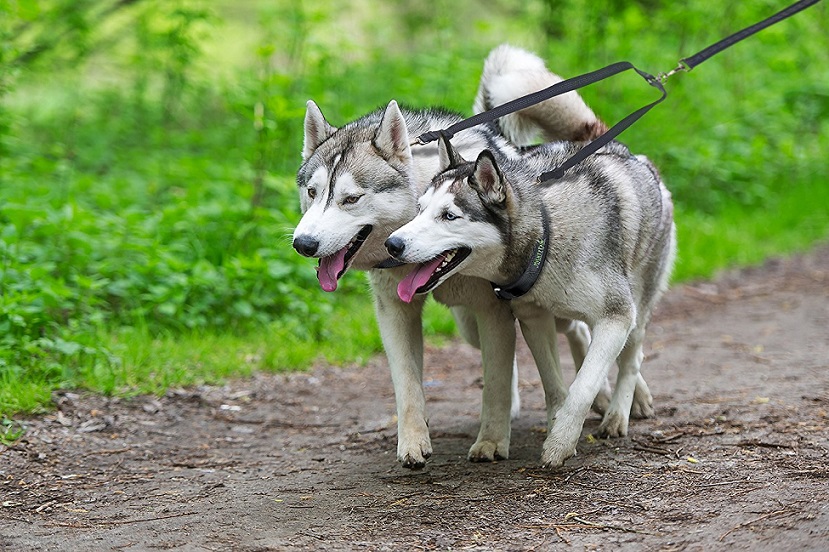 Our older dogs also have very early in the AM potty issues. Don't think the lamp will work for them either. Any ideas?

Fortunately, my dog, Blanca, (White in Spanish) gets up when I do. However, there is a life-long problem with Cesi the cat. She knows 6 AM no matter what and meows her head off. She wants breakfast! In fact, changing the clock to Fall (5 AM), in her mind, it's still 6 AM. Any thoughts?

Oh I understand your pain! My cat Beamer did this. We ended up getting an automatic feeder for him, with a timer we could program. And we had him sleep in our extra bedroom at night, with his litter box and feeder. He sat silently in front of that feeder waiting for it to drop food instead of meowing his head off for us to feed him. I gave him wet food later in the day.

We have the issue with our 7.5 month old puppy whining, which turns to barking at 4am every day, needing a poo. We have learnt to let him out to the garden and put him back to bed straight after but it is frustrating to have to go through this every night. I am worried we are creating a routine that when older will be hard to break. We live in a flat and are concerned for our neighbours.

He then will wake us up again at 5.45 when we normally get up-although they aren't fed for another 15 mins after that.

Any advice welcome. This timer seems like a great idea but not sure how we can apply re. toilet.

We have the exact same problem here. We have a 3 month old husky mix and she is up at 4 every morning to go outside. Goes back in the crate then starts back up at around 5:15. I'm convinced she is just playing us but not sure what to do about it?

Why is there no padding for your dog?

I actually never gave a thought to this! Timer lamp will definitely do the trick for almost every pet owner. Going to try my hands on it real soon. Thanks for sharing!