I’ve been feeding my two Boxer mixes Missy & Buzz a raw diet for about 2.5 years now. About 70% of the time I prepare their meals myself because it’s cost effective and I’ve come to enjoy the process.

That being said, I’ll admit that every now and then I do appreciate the convenience of pre-made raw food.

For example, when I’m short on time for meal prep, when I’m running low on muscle meat/raw meaty bones/organs or when I know someone else will be feeding the pups while I’m out of town. This person may not be into dishing out duck heads, beef liver and the like!

A few months ago, I started shopping at an independently owned pet supply store not too far away from where we live here in rural North Carolina.

I LOVE their decently sized freezer section that is always chock-full of pre-made raw meals from top notch brands such as Stella & Chewy’s, Bravo! and Nature’s Variety, to name just a few.

I’ve had the pups taste-test several of them over the last few months, and they approved of all my choices.

Our most recent discovery is pre-made raw patties by a company called PRIMAL Pet Foods based out of Northern California.

All their food is guaranteed to be made with fresh, steroid- and antibiotic-free muscle meat/bone/organ and certified organic produce made right here in the USA. All of their proteins come from sustainable farms in the U.S., Australia, New Zealand and Europe.

What the Primal Patties are made of / what’s in them

The Primal Patties are a pre-made, raw dog food that falls into the BARF category of raw feeding. BARF stands for Biologically Appropriate Raw Food or Bones And Raw Food and also includes a small amount of vegetables and fruit besides the main component of meat.

Just FYI: A similar approach to raw feeding is known as the Prey Model. The main difference is the lack of vegetables and fruit in Prey Model feeding.

I decided to try their turkey/sardine patties because they were the least expensive option and because Missy & Buzz enjoy and do well with both turkey and sardine. I buy them turkey necks and canned sardines in water at our local grocery store on a regular basis. Those particular patties consist of the following:

The 6 lb bags that I bought featured a resealable opening and each contained twelve 8 ounce patties that were separated with parchment paper.

I’ve purchased pre-made raw meals before that were individually wrapped featuring EZ-peel openings, and both were equally convenient to serve. I’d say the way Primal packages its patties is a little more environmentally friendly because they use less packaging material.

Serving the Primal Patties is pretty straight forward once they’ve been thawed. Since Buzz eats two 8 ounce meals per day (he weighs 71 lbs), he can have a full size patty for each meal. Missy gets 6 ounces per meal (she weighs 54 lbs), so I just take off one quarter from a patty that I end up refrigerating and feed it at another meal.

I did go ahead and add organic chicken eggs and plain Greek yogurt in two out of seven meals simply because the pups are used to getting some of each a few times per week. The plain Greek yogurt is great for their digestive systems, and the eggs are a nutritional powerhouse and good for joint health (the lining between the shell and the egg is rich in glucosamine and chondroitin).

The cost & where to buy

I paid $36 for one 6 lb bag which is a somewhat acceptable price for pre-made raw dog food.

It’s important to remember that this kind of food has a huge convenience factor that plays into the price tag. The company essentially eliminates any worries a doggie parent might have about getting raw feeding right. They are the ones who ensure the raw food is a complete & balanced meal that can be fed without needing to add any other vitamins or minerals. That, of course, comes at a price.

What I like about Primal is that they reward their customers’ loyalty. The store I’ve purchased 4 bags from so far will give me the 12th bag of Primal patties for free once I’ve purchased 11. That’s a pretty good deal!

Speaking of stores – the Primal Patties can’t be bought online since they’re frozen, but they’re available at many pet retail stores. You can check if there’s one close to you by using Primal’s store locator.

Which dogs Primal Patties are great for

I always recommend pre-made raw meals for toothless dogs, smaller dogs and dogs whose hoomans are just making the switch from kibble to a raw diet and want to ensure their dogs eat balanced, nutritious meals.

It’s what I fed my pups when I first made the switch from kibble to raw. I will say that it provided great peace of mind knowing that my dogs’ nutritional needs were met in their new diet.

It took me about 6 months before I felt comfortable enough putting the pups’ raw meals together myself, but I’d be lying if I didn’t say our raw feeding journey has been one huge learning curve. A fun one though!

I remember my first “aha!” moment when I realized that hearts are actually supposed to be fed as muscle meat and not as organs. Only secreting organs count towards organs in the raw feeding world … who knew!

I love the convenience factor of Primal’s patties. I will make it a habit of having a bag or two in my freezer for those times when I might be waiting on a shipment of individual cuts of raw meat or needing someone else to feed the pups.

Primal’s customer loyalty program helps make their patties more affordable. Although, I have no problem admitting I couldn’t afford feeding them to my guys on a daily basis. Buzz eats 1 lb of meat every day, and Missy gobbles up 12 ounces.

While their ingredients all seem to be top notch, I will always give my pups whole raw meaty bones in addition to any pre-made raw meals. Raw bones act as a natural toothbrush and keep their pearlies nice and clean without me having to brush them manually.

Overall I do recommend this particular line of pre-made raw meals, particularly to owners of smaller dogs who are looking into feeding a more species-appropriate diet.

Do any of you feed a pre-made raw diet?

Barbara Rivers is a regular contributor to That Mutt. She is a blogger at K9s Over Coffee and feeds her two boxer mixes a raw diet. 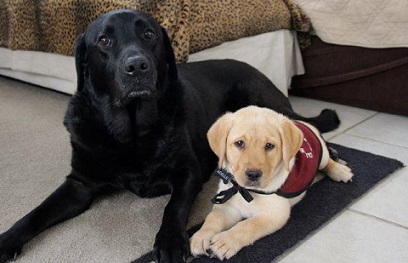 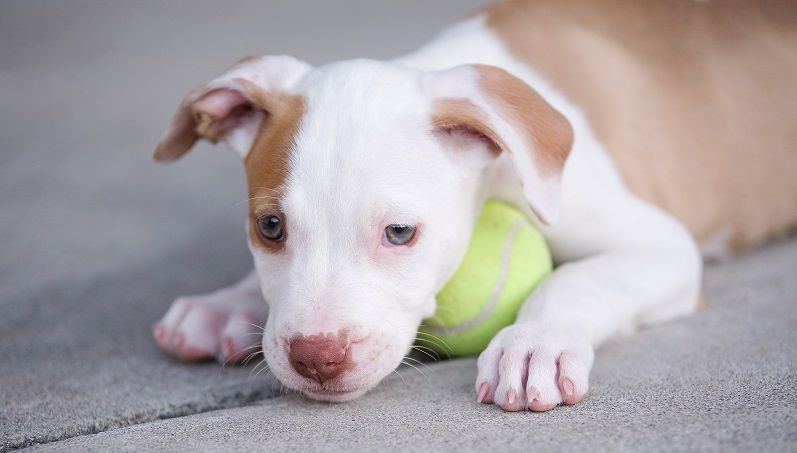 Next
What Do You Want People to Know About Your Favorite Breed?
Click here to cancel reply.

Primal Raw Rabbit saved my digs life... All her allergies went away, coat was shiny, became active again She’s 14 and a husky mix and I thought I was feeding her healthy before. The cost of the food out weighs the vet bills and stress of seeing her sick every other day

Where do you get your primal nuggets?

I have been feeding my dog primal patties for about three weeks he loved the food but I noticed his stools are very hard and small I brought him to the dr because he start to rub a scrape his but across the floor and it’s been hard to see him jump an run his but back and fourth the dr did an anal flush on him and it’s been two days and he seems to be crying and doesn’t want to out he seems to be hurting what should I do should I change his food back to what he was eating as he always had good soft S and now it’s hard and small balls. Could he be constspated what can I fo

I realize this post is about 2 years old but figured I'd comment just in case anyone else had the same question. To start I love primal patties, my life is a lot of hustle and it's nice to be able to feed my dog raw on the regular again to that point. In my experience a dogs stools tend to be larger and softer on kibble and smaller and harder on raw. I'm not sure why that is, my shot in the dark is that they are using more of the nutrients in the food, but I am by now means a pro so don't quote me on that. That being said I have fed raw for years the stools have always been small and hard, and the dogs seem happy and healthy.

I couldn't agree more with you, Lindsay - pre-made raw really does take away the stress from starting the transition from kibble to raw.

Replacing some of the daily (or even weekly) dry food allowance with fresher food is a great start towards the overall goal of feeding healthier meals, especially when on a budget (although "high quality" kibble can be just as expensive as pre-made raw dog food. I've spent an arm and a leg on prime kibble brands back in my dry dog food days).

I have also bought Primal patties before, and I think pre-made raw food is a great option for people new to raw feeding like Barbara said. Also for those days when you're busy or when someone else will be feeding your dogs.

Yes, the price is higher for dog food than most people are used to but the patties are convenient. I recommend feeding pre-made raw for the first 2-4 weeks of feeding your dog raw. It just takes away all the stress of planning and wondering what to buy. Then transition to homemade raw if that is your ultimate goal.

I also know some dogs who do well with pre-made raw once a day and dry dog food for the other meal. That won't work well for all dogs (some get upset tummies) but is an option to consider, especially for younger dogs.