Home » For My Old Dog Ace, A Good Boy

No wonder he’s tired all the time, retired from what used to define us – running, hiking, camping.

We were the same age once – both in our prime.

But I’m one of the lucky ones.

Most of Ace’s friends have died, but I get to hold my dog every day. I get to push my face to his fur, kiss those ears and tell him for the one millionth time, You really are a good boy, Ace.

He’s what some would call my “soul dog.” My “heart dog.” But I hope to have many “once in a lifetime” dogs. 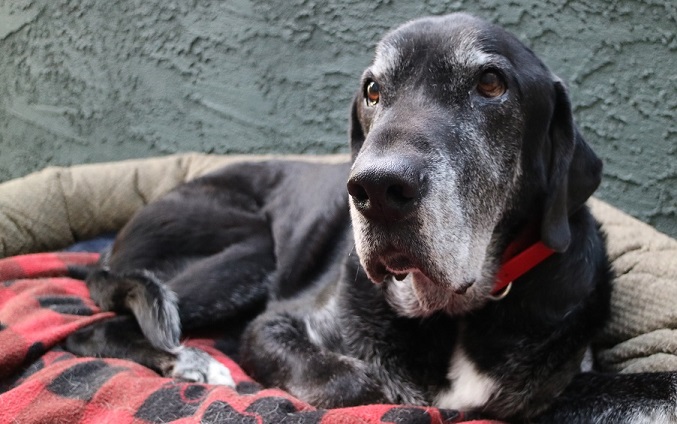 I suppose they can all be just a special. As long as I open my heart.

Of course, I’ll never find words to describe what Ace means to me.

But I can tell stories.

We took Ace backpacking in North Dakota’s Teddy Roosevelt National Park. Before the state’s oil boom, when the park was still quiet and undisturbed. Ace would’ve been 2.

We saw no one else those couple of days. It was Easter 2008. We hiked a few hours, Ace ran amok off leash, carrying his RuffWear pack.

When we chose our camp, Josh worked on the tent while I gathered debris for a fire.

Ace planted himself exactly between us, 30 yards or so from us both. He chose to watch over us, to be our guard.

If a threat were to appear, whether it be man or lion, Ace was going to be there.

And that’s the thing with Ace. He’s not a fighter, but he watches over his family. With his deep bark and hackles raised, whatever it is will have to get past him first.

We camped many times. In Minnesota’s Itasca State Park and Maplewood State Park. And later, in California.

This week we’re taking both dogs to Yosemite. We won’t be camping but Ace will enjoy the scents and strolls and drives. He’ll put his nose to the snow, tracking something wonderful.

He’ll lounge on his bed in the cabin. Full of wisdom. A calmness in the room for our new pup, Remy.

And we’ll all be thankful for one more trip with our good, old boy. 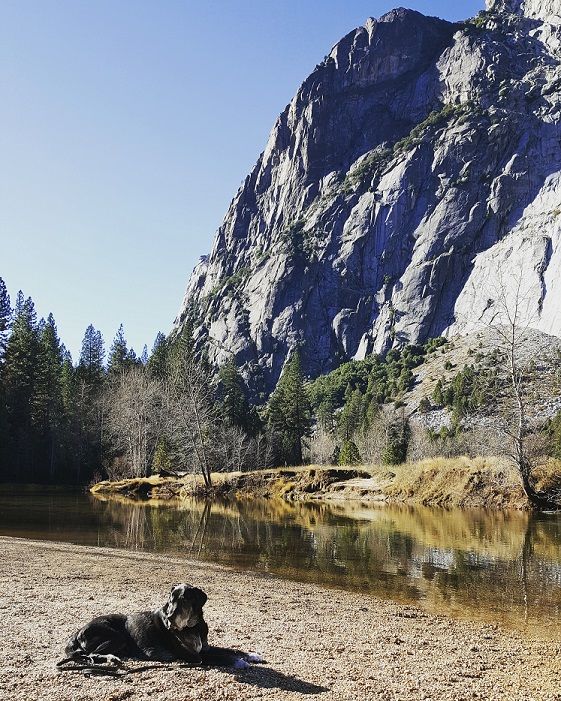 On facebook, I tried to summarize how I feel about my old dog, but of course I couldn’t. I did my best:

For nearly their whole lives, we try to hold them back, try to stop their pulling. Then in their final years, we just wish they’d pull, pull again.

Love your dogs for who they are today. 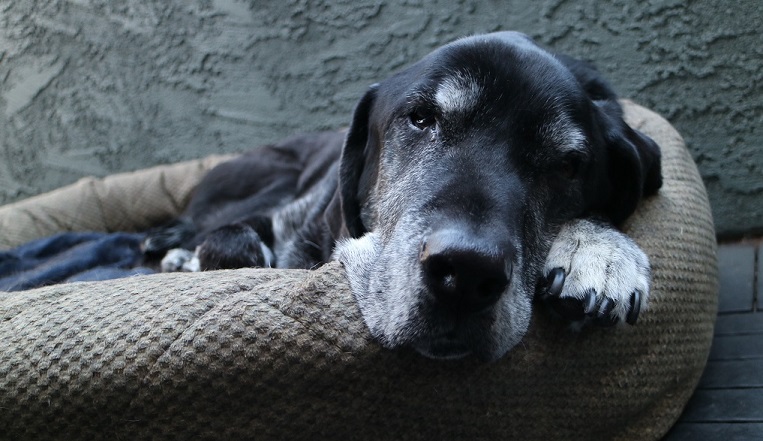 In the comments, I hope you’ll share a note about your special dog. And if you’ve met Ace in person or maybe just online through this blog, I’d like it if you shared a memory of my best buddy.

Ace is doing well, by the way. He sleeps a lot these days, as he should. I like to think he’s enjoying his retirement.

Lindsay: Thanks for sharing - I am so touched by your obvious love for Ace!

you are very lucky to have him. I was at the vet friday and someone came in with a small dog, I cant remember the breed at this moment, but he was 18 yrs old and still going sooo strong. no health issues, acted like a 3 yr old. I could not believe it. it made me so sad since i lost my baby in aug. she was a month shy of 16 yrs old. I had done everything right for her during her lifetime, the best foods, health check ups, etc. and still she developed lots of health issues. I have come to the decision, that it is not always what you do to keep you child living a long healthy life, some just live no matter what.

yep, so many factors are out of our control. I'm so sorry your oldest dog died.

We lost our "heart dog" a few months ago. Her name was Pepper and she was with is for 15 years...making her about 18 years old. When we rescued her they guessed she was about 3. She was a feisty, spunky and fearless little 8 pound rat terrier/Chihuahua mix. We loved her to pieces and spoiled her rotten. She lived a great life and our lives were better with her in it. Life will never be the same without our little Pepper but she will never be forgotten. Always in our thoughts, forever in our hearts.

you're killing me with this one! quinn is almost 6, and already has grey in her face...but still pulls, and likely will for some time. I can only hope...gah #allthefeels #tearingup

I love this post. While I've never met Ace, he's been there since we first got Baxter (and you and ThatMutt too). So he's been a big part of us learning how to take care of our own heart dog. I'm amazed by the photos of how dark his face is then. What a good, good boy.