Pets take effort. I often get frustrated Baxter stops to sniff every five steps. Or when he dawdles outside the house where the Dobermans live, in the hopes that they’ll come out to play. I admit I don’t love heading outside in the dark for the final pee break of the day.

I learned that Lindsay’s Ace & Beamer had died on the same day, and Barbara’s Missy had also died. Throughout the day, I had been debating whether to take Baxter for a hike the next morning with our group. 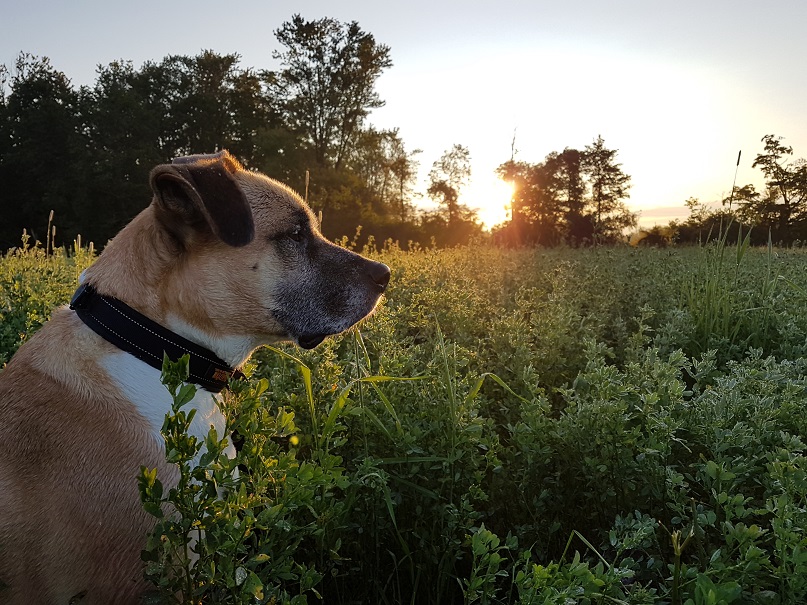 Since having a baby, hikes take a bit more effort.

We go on lots of walks just the three of us, but meeting up with the group means Ellie’s sleeping and feeding schedule have to be adjusted.

The first time we rejoined the pack, Ellie was already two months old. And that day the hike was all about Mama. I felt like I needed to get out, but it seemed like the universe did not agree with me. The baby was sound asleep. Her carrier was missing. The weather forecast said rain. Everything was not lining up, but I persevered, and we went and we hiked, and I felt so good after.

It was worth the effort.

Our second group hike was all about Baxter. I knew he would love being out with his friends, and after hearing the news about Missy, Ace and Beamer, I wanted to make the effort for my dog. I knew that Lindsay and Barbara were wanting one more stroke, one more walk—everything I still have with Bax. And this time the universe—or Missy, Beamer and Ace—were on our side. The baby woke up at the right time, her carrier was at hand, the sun was shining. 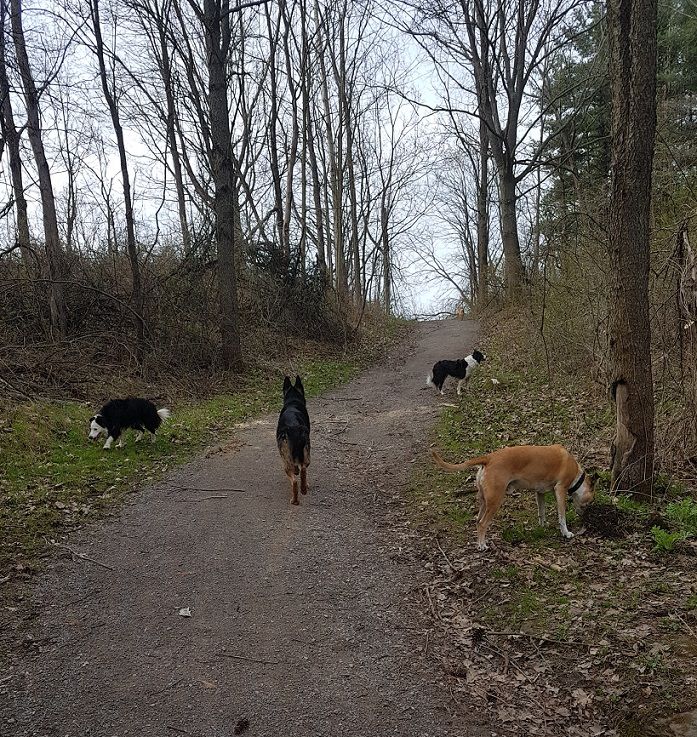 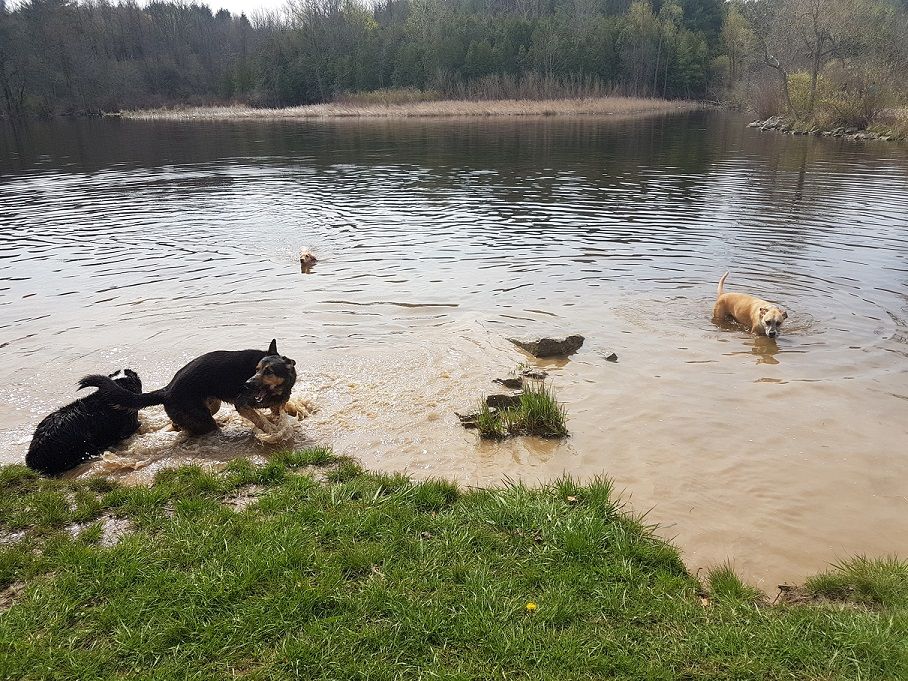 Of course, it still took effort. I had to feed the baby in the parking lot before the hike, so that she wouldn’t get hungry partway through. I changed her diaper in the backseat of the car.

But hearing Baxter howl in greeting as his hike mates arrived, seeing him splash in the water and watching him run through the woods made the effort worthwhile.

And as we walked, I was thinking of Lindsay, Barbara, Ace, Beamer and Missy, and hoping we were honouring them.

Julia Thomson is a blogger at Home on 129 Acres where she writes about her adventures of country living and DIY renovating. She writes regularly for That Mutt.

Dogs do take an effort and if you can't make it, don't get a dog. It always breaks my heart to see someone just dragging their pup along with a leash attached to a neck collar and making their pup walk at their speed, not letting them stop to sniff or take a roll in the grass. Often talking on their cell phone and not paying any attention to their dog. When my Bodhi and I go for his walk, I usually let him pick which way to go and wait patiently while to reads and replies to his pee-mail. I always try to allow him some off leash time on almost every walk and at least 3 times a week go on a hike where it is all off leash. He lives for his walks and I treat them as such, HIS walks. I know things come up, babies are born, schedules change adjustments must be made but I applaud your awareness of Baxtor's needs and effort made on his behalf

It's great that you put Bodhi first so much. You are really committed to meeting his needs.

Yes, yes, yes... Pets take effort. Life takes effort. It’s worth it. You are so right!

"I knew that Lindsay and Barbara were wanting one more stroke, one more walk"

Yes...I still can't believe their gone...My Dad loves pulling weeds (I don't get it) and he would sit in my yard for hours. Since Linus was a puppy he would run up to my Dad for head scratches and back rubs. Linus was weak the day before he passed, but he still made the effort to walk out to my Dad and get one last head scratch and back rub.

What a nice memory of Linus for you and your Dad.

Aww, good boy Linus. I'm sure he was a special dog to your dad, too.

Thank you for this post and for honoring Ace, Missy and Beamer.

Thank you for sharing so much of your journey with Ace and Beamer and the rest of your family. I feel like I know them a little bit, and I want to celebrate them.

Pets do take effort. And when you are balancing the needs of a baby, as well as all life's other stuff, that takes the effort level required for something as simple as a taking a walk to a whole other level. How nice that you did and do make the effort to get Baxter out for hikes whether with you and Ellie or with his "friends". He's a lucky dog. Thank you for the reminder to put in the extra effort. It's definitely worth it. And I'd say you were honoring Lindsay, Barbara, Ace, Beamer and Missy, too, for sure. Nice post. Thank you.

Thanks so much, Nancy. The thing I've discovered is that the effort results in a positive payoff for me as well as Baxter.