How to Teach a Dog to Roll Over

Home » How to Teach a Dog to Roll Over

Let’s talk trick training today, and more specifically how to teach a dog to roll over!

The roll over trick is a fun one that’s not overly difficult to teach, and most dogs will get it sooner or later.

It’s a little easier for smaller dogs than it is for larger pups. While I’m typing this, I’m picturing a Beagle vs a Great Dane rolling over – do you see what I’m saying?!

I’m Barbara and I write regularly for That Mutt.

How hard is it to teach a dog to roll over?

My current pup, Feist mix Wally, has just recently mastered how to roll over.

It took him a little while to catch on because I first taught him the play dead trick where I ask him to fall down on his side and stay in that position. Then he was like “hold on Mommy, you want me to keep rolling? I thought you wanted me to stay put!”

You see how this can be confusing?

Eventually he got there, although his first few attempts were pretty awkward looking.

I first taught this trick to my two previous pups, boxer mixes Missy and Buzz. Both learned it, but at different paces to put it politely, ha!

Buzz learned it super quickly within a few weeks, but it took Missy almost one year to catch on! Truth be told, I was about to give up when one day, she just did it.

How to teach a dog to roll over in 5 steps

The roll over trick consists of 5 main steps.

I’d like to point out that it’s important to use the right kind of motivator for your specific dog.

For some dogs, that’s really high value “jackpot” treats like green tripe or anything smelly like fish treats. For other dogs, it’s a favorite (squeaky) toy. Use what works best for your pup.

In Wally’s case, it’s treats! He LOVES food, so I’m using that to my advantage whenever I want to entice him to do something for me.

Step 1: Start with the “down” position

Tell your dog “down.” I’m assuming your dog knows this already.

If he doesn’t know how to do this yet, it’s really easy to teach because it’s a behavior that all dogs do naturally.

How to teach a dog down

1. When your pup lies down on his own, mark and associate the name with the behavior.

So when he does, say “YES” to mark it, then “down” to name it, and reward with verbal praise. Good boy!

If your pup is food motivated, you can reward him with a treat too.

If you use a clicker, click it the moment he lies down to mark the behavior. Then say “down” and reward with verbal praise or a treat. In this case, the clicker replaces the verbal marker “YES.”

2. Lure your pup into the down position.

While he’s sitting, hold a high value training treat (or toy) right under his nose, then lower it slowly to the ground between his front legs. He’s going to follow the treat or toy and will eventually lie down. The moment he does, mark the behavior with “YES” or a clicker, say “down” and reward with the treat or toy.

Step 2: Lure your dog onto his side

Next, lure your dog onto his side from the “down” position.

Sit in front of him and hold a training treat or his favorite toy next to his head. Slowly move it towards his neck which will prompt him to lie on his side. When he does, say “YES” or click, then reward with the treat or toy.

Step 3: Ask your dog to roll over onto his other side

From there, slowly move your treat hand over your dog’s neck to his other side.

The key is to go really slowly, otherwise your dog is likely to jump up. When he’s followed your treat hand and rolled over to the other side, say “YES” or click, then reward with praise and the treat or toy.

Step 4: Associate the name roll over with the behavior

Once your dog has managed the individual steps and rolls over in one fluid motion, say “YES” or click, followed by “roll over” and the treat or toy. Now you’ve told your pup what you call this behavior.

Here is an Instagram video of my dog Wally practicing Roll Over.

Step 5: Practice roll over with your dog often!

Last but not least, you want to teach your dog to remember the name of this behavior, “roll over.” To do this, you’ll have to practice regularly, ideally daily.

How to teach a dog to roll over: Take it up a notch

Once your pup knows how to roll over, you can challenge him a bit more by asking him to roll over to the left and to the right.

Most dogs have a favorite direction in which they roll over, so this takes it up a notch.

For now, Wally’s rolls over clockwise to the right. My next goal for him is to teach him to roll over to the left, counter clockwise!

Ask the dog to “stay” after rolling over

Most dogs will immediately jump back up on their paws after they rolled over. To challenge your pup a bit more, you can ask him to “stay” in the last position right before he gets back up on his paws.

This can either be lying down on his side, or the normal “down” position.

Tip: When not to train your dog the “roll over” trick

I have three words of advice as far as timing is concerned to practice this trick.

Did you teach a dog to roll over?

Let us know your experience in the comments!

How To Teach A Dog To Play Dead Or “Bang!”

How To Teach Your Dog To Shake 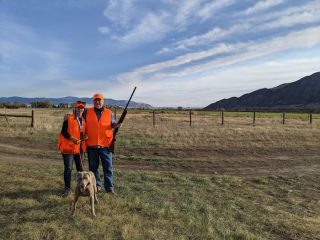 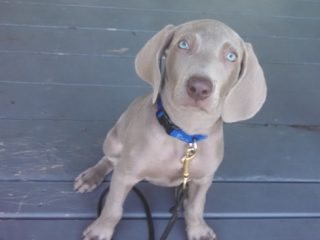